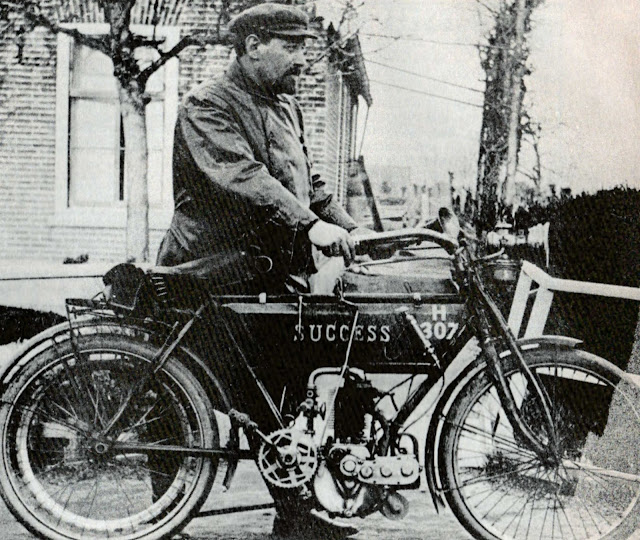 The Success was a Dutch bicycle and motorcycle brand, built in Zwolle, Holland. Motorcycle production began in 1904, the company using a Fafnir engine for power. This apparently is a 1906 model, the engine is a Fafnir with a multiple gear drive for the magneto.

Motorcycle manufacturing ended during WW1, bicycles continued to be built till about 1967.