In the mid-eighties I happened upon a nice streamlined pressed steel steam engine pull toy at a booth at the Carlisle Auto Swap Meet.  It was black, about a foot long, a bit beat up and had a price tag of $20. A bit steep I thought, and after admiring it for a minute put it back on the table. I moved on to the next booth. A minute later I glanced back at the train, seeing someone else picking it up. I froze. All of a sudden I realised I needed that toy. He put it down eventually and I went back, quickly paid the twenty bucks and I owned a genuine Stafford Liner. Whatever that was. 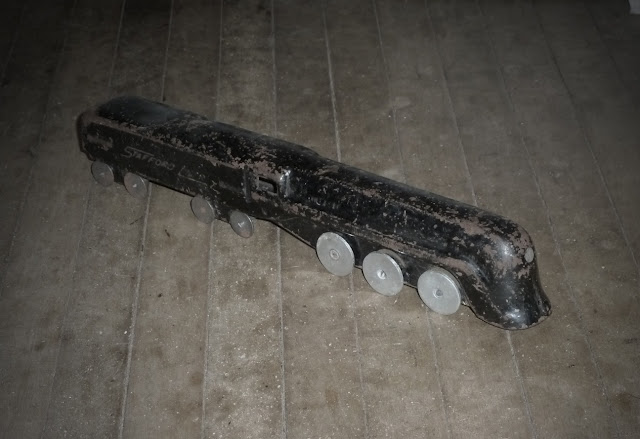 15 years passed with the engine happily displayed on my book shelf. I never saw another one or found any information on it till they started appearing on ebay. It became a habit, put a bid of $5 or 10 on them and if I won, good. The most I paid was $75 for a set of three minty red ones. It was feeling like an addiction. Eventually I owned a dozen or so.
But I became aware that they weren't all the same, they were either Stafford Liners or Stafford Liner 1006s with slight differences in the pressings, came either red or black, some had crude train cars, gondolas and cabooses with them. And another rarity popped up, a P A Rocket- yet another different pressing. 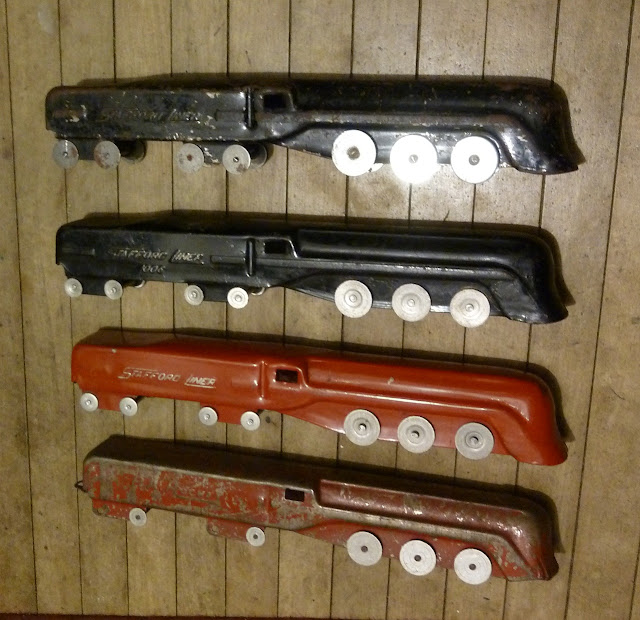 It was also obvious that none of the sellers knew what they were either. They were advertised as toys anywhere from the '20s to the '50s, came with reserves of as high as $75... Some ads from a postwar toy industry magazine shed a little light. 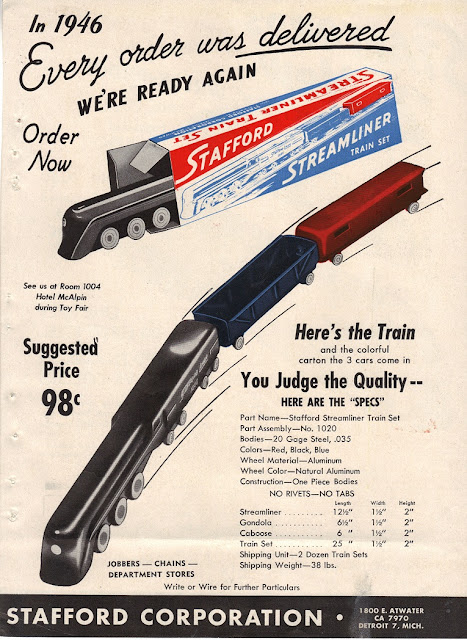 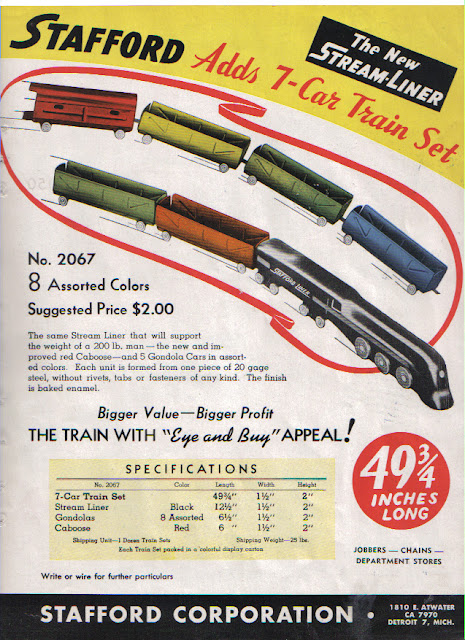 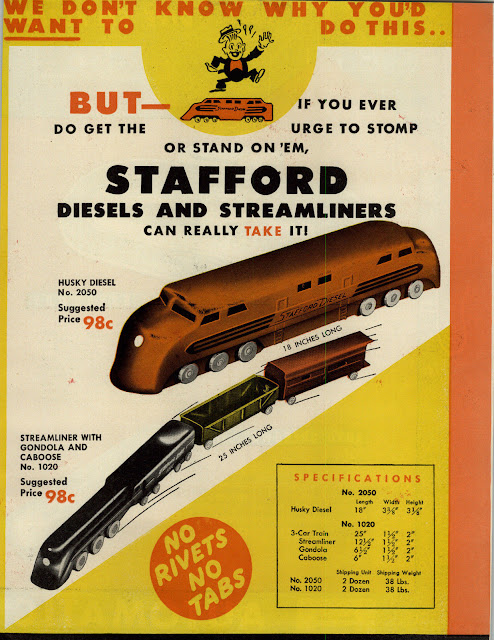 I've never seen this full set for sale, but the crudeness of the gondola and caboose can be seen, most times if a train appears on ebay it will consist of only one of each in colours as shown in the top ad. 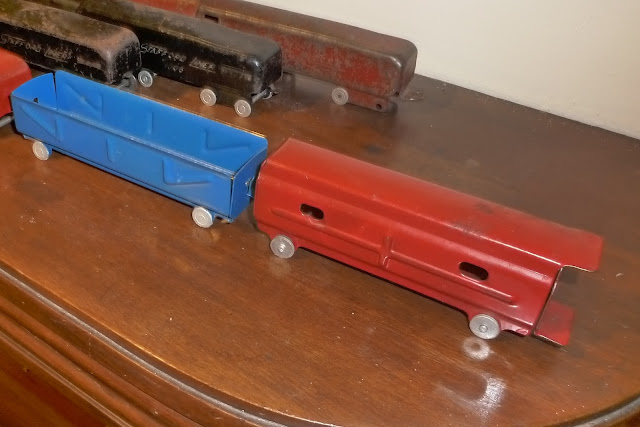 Anyone with more info, please contact me!
Posted by Mister G at 11:46 PM

I just bought a black one at an antique store for $45. Did you ever find out any more about them?

Not more than what's in the post! I guess I'm still the world's most foremost authority on them... (I hope not).

Found a red Stafford Liner engine in an antique store today in very good condition. It has all the original wheels and no dents. The paint is worn but looks good. Thanks for the information on this page.

I found this because I'm currently bidding on the engine for my husband. The first ad that you have a photo of talks about them being at a toy fair in 1947, so I googled that, and found the newspaper that the article is in. I ended up subscribing so I could read it and it's pretty interesting.