Board the Airliner is a children's book from 1934 glorifying the fabulous new airliners. Although the Trimotor has ceased production the year before, eclipsed by the Boeing 247 and Douglas DC2, clearly it was still considered to be worth some "art shots". 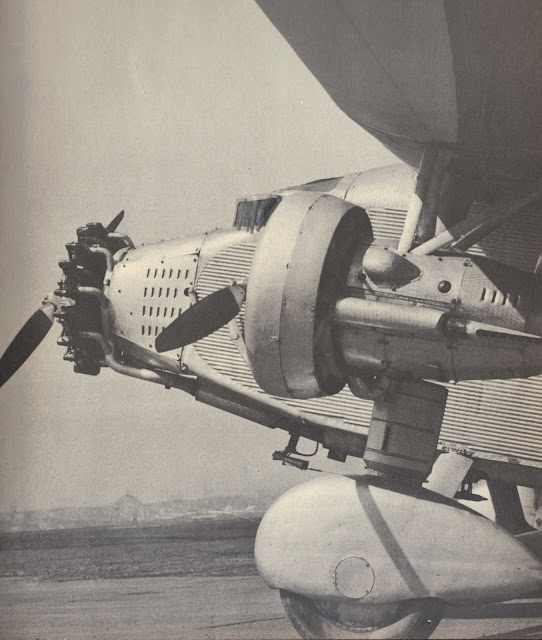 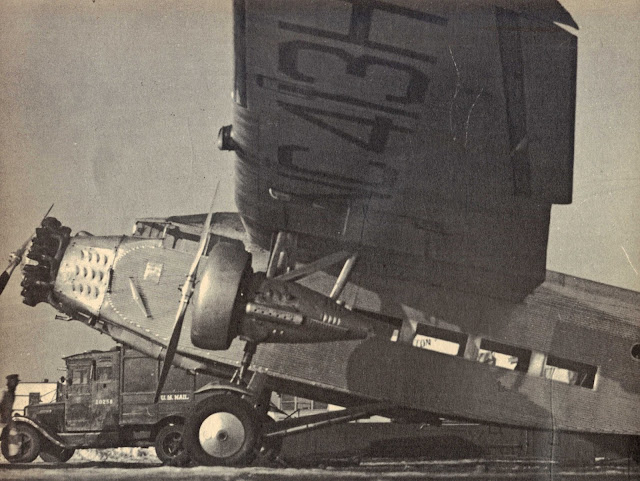 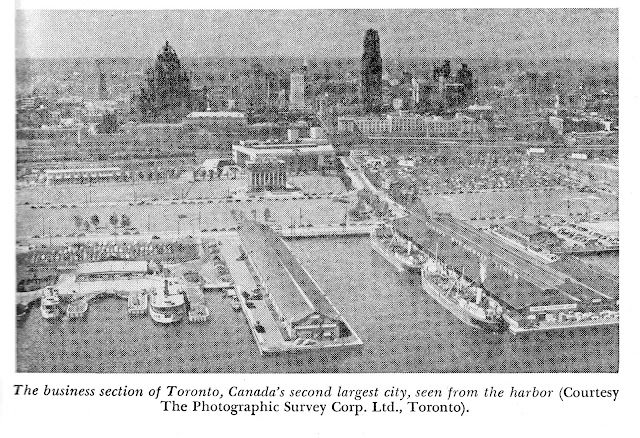 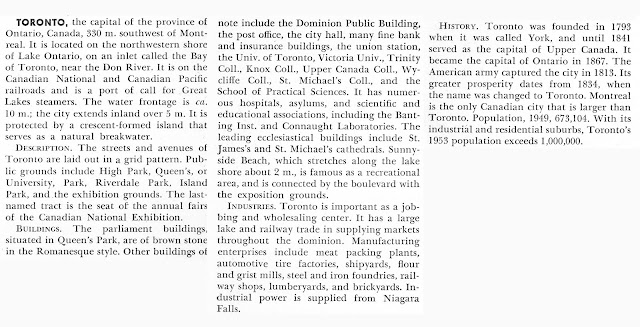 This was the Toronto I was born into.  What a different place today!
Posted by The Duke at 10:49 AM No comments:

Below, a thread-cutting tool and a boring bar holder: 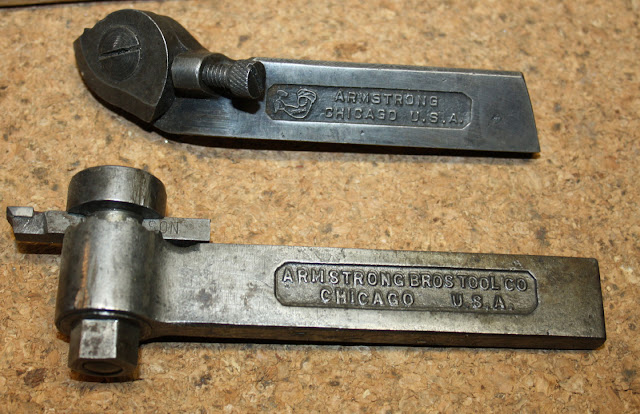 My lovely No. 2 planer jack: 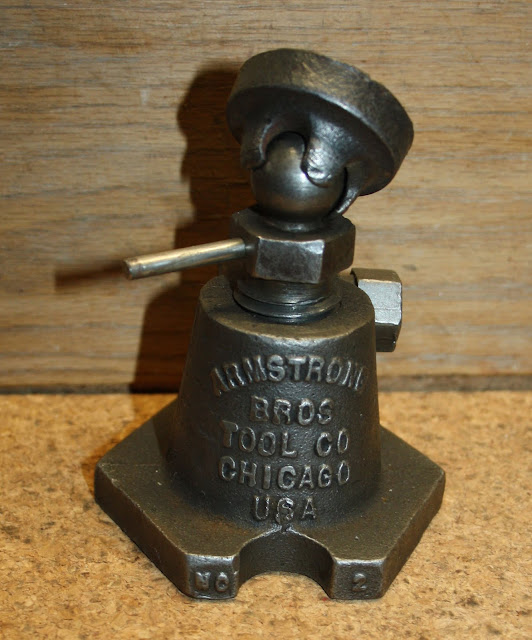 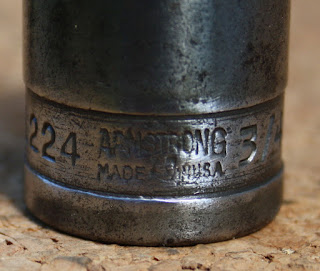 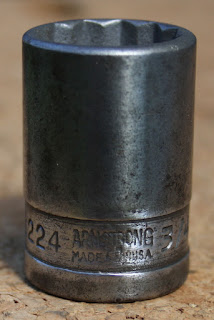 Open-end wrenches, including Whitworth ones:

With first names evocative of the Beatles roughly a century later, four Armstrong brothers, Hugh, John, James & George, founded the Armstrong Brothers Tool Company in Chicago in 1890.  Starting off with parts and tools for bicycles, in 1895 they came up with a tool holder for lathe cutting bits, a remarkable innovation that we still use today. 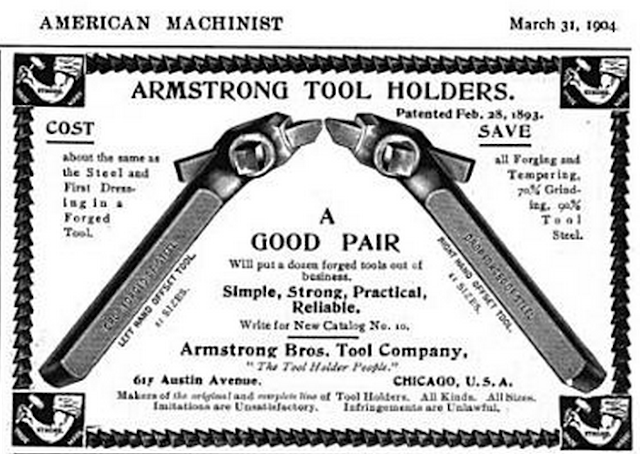 Profits from that invention funded the construction of a factory at the corner of Francisco Avenue and Carroll Avenue in 1900:

and then expanded to another new factory five years later.


Drop forged wrenches were added to the product line in 1909.  The "arm and hammer" or "strong arm" trademark was first used in the October 1899 issue of Locomotive Engineering, but not officially registered until 1914.

In the 1930's, the Armstrong catalogue carried the following quote from Thomas Carlisle: 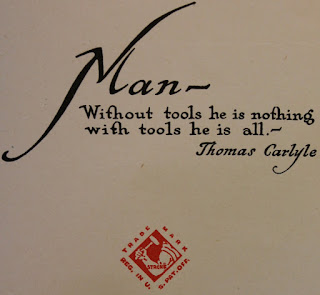 In 1948, the company moved to new headquarters at, appropriately enough, 5200 West Armstrong Avenue.  In 1974, the company opened a second plant in Fayetteville, Arkansas. It wasn't until 1983 that Armstrong offered a ratchet for its sockets. In 1994, the company was absorbed the the Danaher Corporation, which is now part of the ginormous Apex Tool Group.  Armstrong became its Industrial Hand Tools division.

In 2015, the Armstrong company celebrated 125 years of production.  This year, Apex has announced that it will be ceasing production of both the Armstrong and Allen brands by March 31st, 2017 and laying off 170 workers at their Sumter, South Carolina plant. (Ironically, earlier the APEX Tool Group was named the Manufacturer of the Year by the Greater Sumter Chamber of Commerce.) The company intends to rationalize its product line and focus on their GearWrench brand. The original West Armstrong Avenue headquarters was demolished, and from Google Earth is now just a large truck trailer parking lot. As near as I can determine, the building that replaced the former headquarters on N. Francisco Avenue is unoccupied and for sale, in the middle of a run-down neighbourhood.  Below, from Google Streetview: 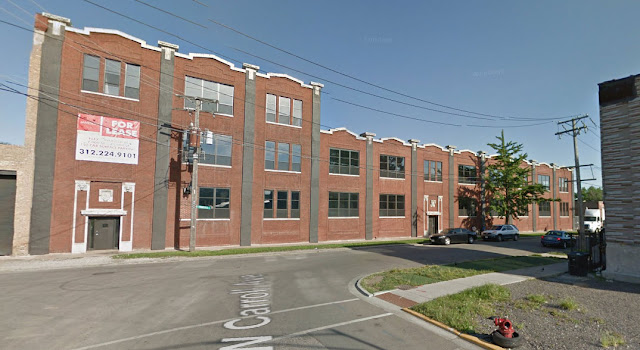 According to Wikipedia the company laid off 170 workers at the Sumter South Carolina plant and retired the name. The timeline of the tool company, dies with the company
http://www.armstrongtools.com/brands-timeline but there is discussion of the end of the company here. Sad.

Below, ads from over the years: 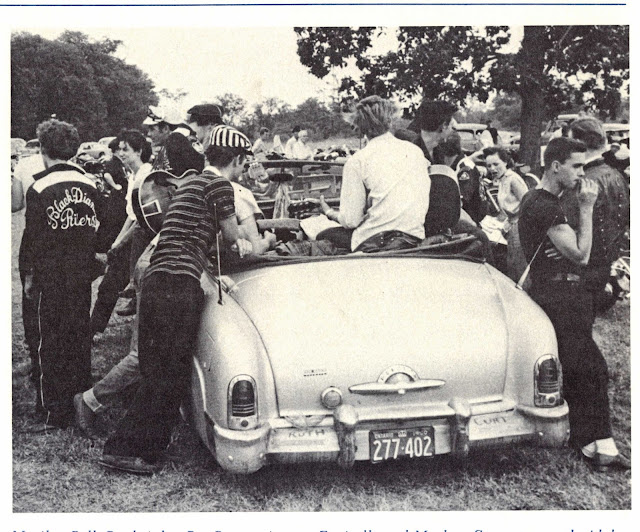 One of my vices is vises: Western Auto "Wizard" 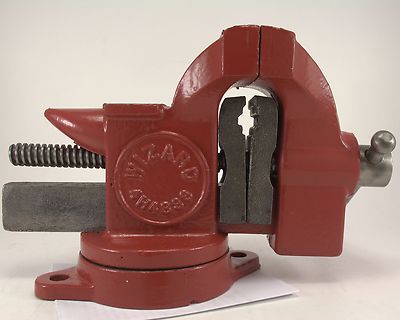 Image snagged from eBay.  A nice little 3-1/2" vise, Model  4H4836 Wizard.  The seller opined that this might have been made for the company by the Columbian Vise & Manufacturing Company of Cleveland..

The company died something of a slow death.  Surprisingly, its corporate descendants still find it necessary to deny any responsibility for warranty claims on old Wizard-brand tools! 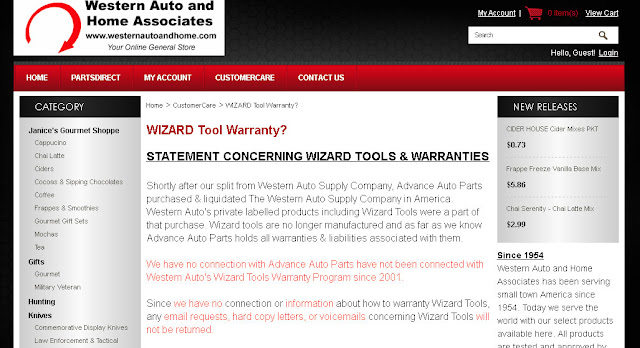 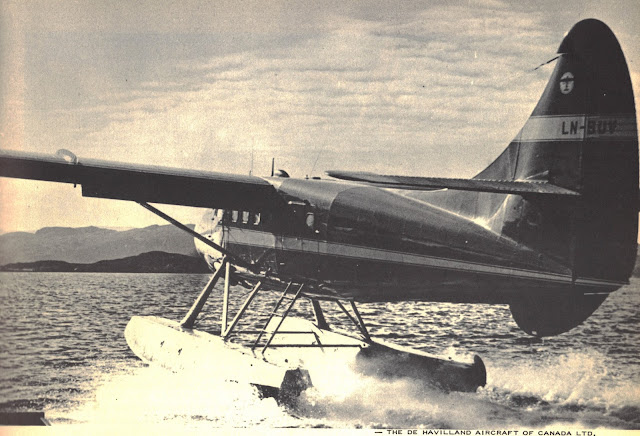 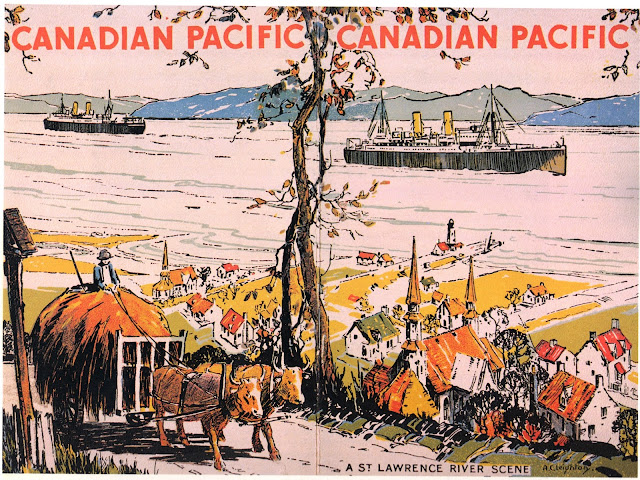 Mid 1920s travel poster for the CPR by A.C. Leighton, who did many paintings for the railroad before becoming a noted landscape artist, painting mostly in the Rockies.
Posted by Mister G at 11:13 PM No comments:

Using your motorcycle spark to start a camping fire! 1936

This has got to be the most insane idea I've seen in a long while!
Posted by The Duke at 9:10 AM 2 comments: 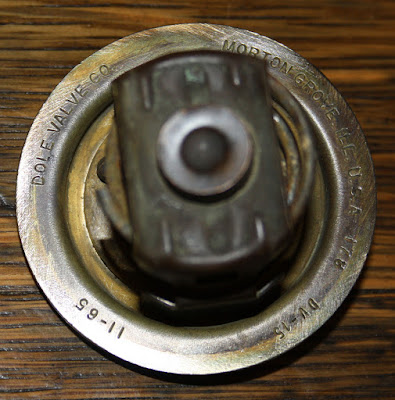 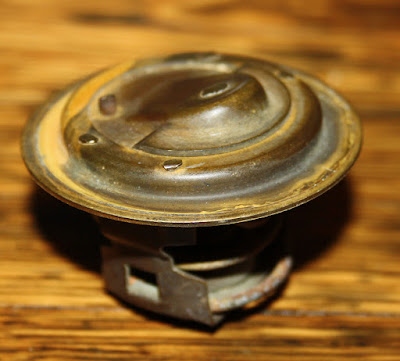 Above, an old radiator valve I had with some tractor stuff.  Below, the patents stamped on it. 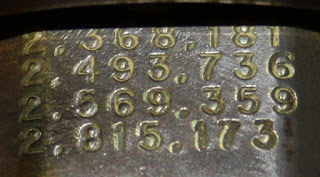 The earliest one is from 1945 and was awarded to Sergius Vernet, an interesting guy who first invented the wax thermostatic element in 1936, receiving a U.S. patent for the device two years later.  It's now used in a wide variety of applications. 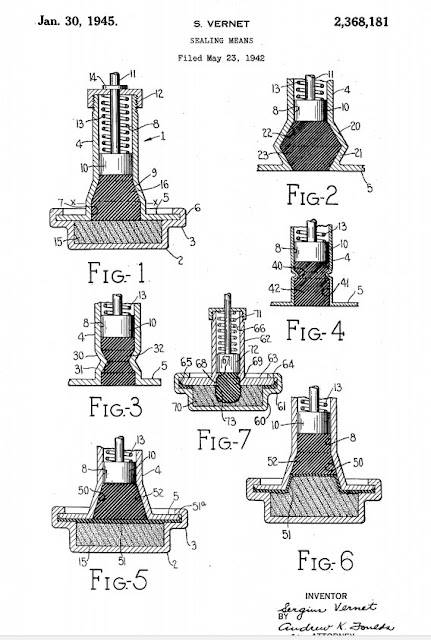 The Dole Valve Company was founded by Andrew Dole in 1923 in Morton Grove, Illinois, a Chicago suburb. (Andrew Dole was also a director of the William Wrigley Company and chairman of the Hooker Glass and Paint Manufacturing Company.  Hooker provided Mr. Wrigley with the mixing vats he first used to make his chewing gum.) The Dole company was one of the first to produce Vernet's automotive thermostat: 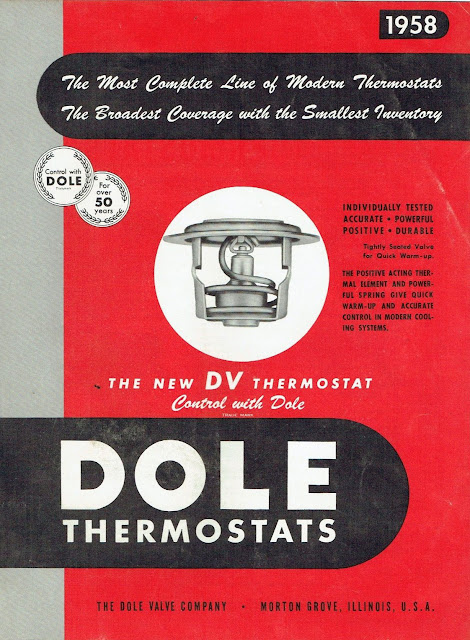 The Canadian side of the company was established in Oakville, Ontario in 1959. In 1963, with annual sales of $22 million, the US parent company was bought by the Eaton Corporation, which also bought the famous lock-making company of Yale & Towne, becoming Eaton Yale & Towne in 1965.  Dover was made a division of the larger company. In 1968, the original plant in Morton Grove was shut down, putting 400 employees out of work.  Production was moved to other locations in Indiana and Illinois.  One of the Illinois plants, in Hanover ("Best little village by a dam site"), was a converted woolen mill that had been originally built in 1864, becoming the largest woolen mill east of Chicago after further expansion in 1921. 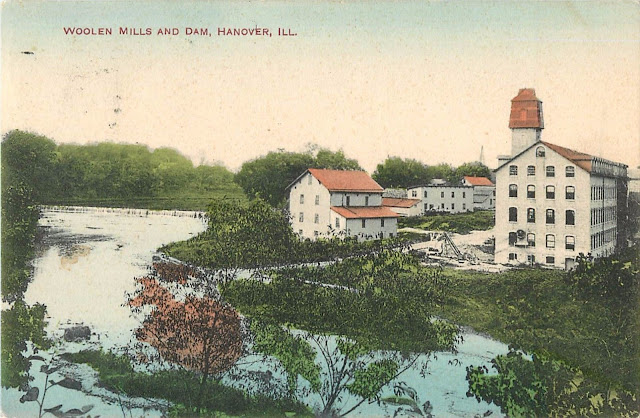 When Eaton took it over, it became Valve & Control Plant No. 2, employing 700 people, mostly women.  There they made solenoid valves for use in dishwashers, refrigerators and washing machines.   In 1997, it was sold to Robertshaw Industrial Products (aka Invensys Controls). As American major appliance manufacturers faltered (Maytag, out of Newton, Iowa, went belly up and was bought by Whirlpool in 2006), the workforce dwindled. In 2015, with the plant now owned by Robertshaw, the remaining 100 employees lost their jobs when the company moved production to Mexico.  (According to a 2014 article in Prairie Advocate, "The company cited the reason for the plant closures as part of its initiatives to optimize its manufacturing footprint, leverage its investments and enhance its competitiveness."  Huh?)

The Dole Valve name continues today as a brand, but I can't determine who owns the name.  It doesn't pop up on the Eaton site.
Posted by The Duke at 9:09 AM No comments: