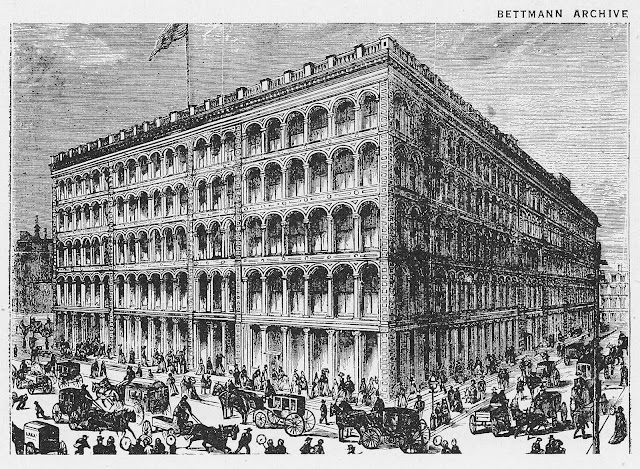 When A.T. Stewart opened his store in New York City in 1862, it was at the time the largest retail store in the world.  It was also the city's first cast iron skeleton and facade.  In 1896, John Wanamaker bought the firm, and renamed the store the Wanamaker Building.  It was magnificent inside:  google it for pictures.   In 1911, Albert Leo Stevens made a balloon ascent from the top of the building.

In the 1950's, when cities were rushing to tear down heritage buildings in the name of progress and modernity, the Wanamaker building was scheduled for demolition.  On July 14, 1956, during this process, it caught fire.

The old building stood up fantastically.  As Peter Kihss of the New York Times reported: 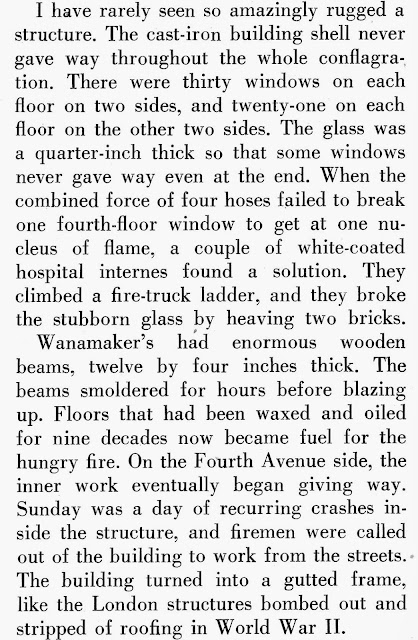 Another architectural treasure lost in a blind rush to the future.