When Great Britain declared war on Germany in August 1914, Canada followed suit and the decision was made to form a "Canadian Aviation Corps" of which the first order of business was to actually have an airplane. None existed in Canada but a used seaplane (as designed for the US Navy) was discovered at the Burgess-Dunne Aeroplane company in Marblehead, Massachusetts. In order to preserve the neutrality of the USA, the plane was loaded on a train and transported to the Vermont/Quebec border where it was reassembled for its flight to the Valcartier Military Camp north of Quebec City.  The flight was anything but smooth with a repeatedly leaking pontoon, a seized engine and various other problems. They finally made it to their destination and it was loaded on the ship SS Athenia for transport to England. All for nothing- Canada had no pilots and the plane was never flown again. Left in the open it deteriorated and eventually disappeared. Its fate is unknown.

The Burgess -Dunne being loaded on the SS Athenia.

Scale model at the National Aviation Museum in Ottawa. (1967)
And below; a full size replica built from 1990 to 2000 by Barry MacKerarcher of Ottawa, now on display at the National Air Force Museum at Trenton On. 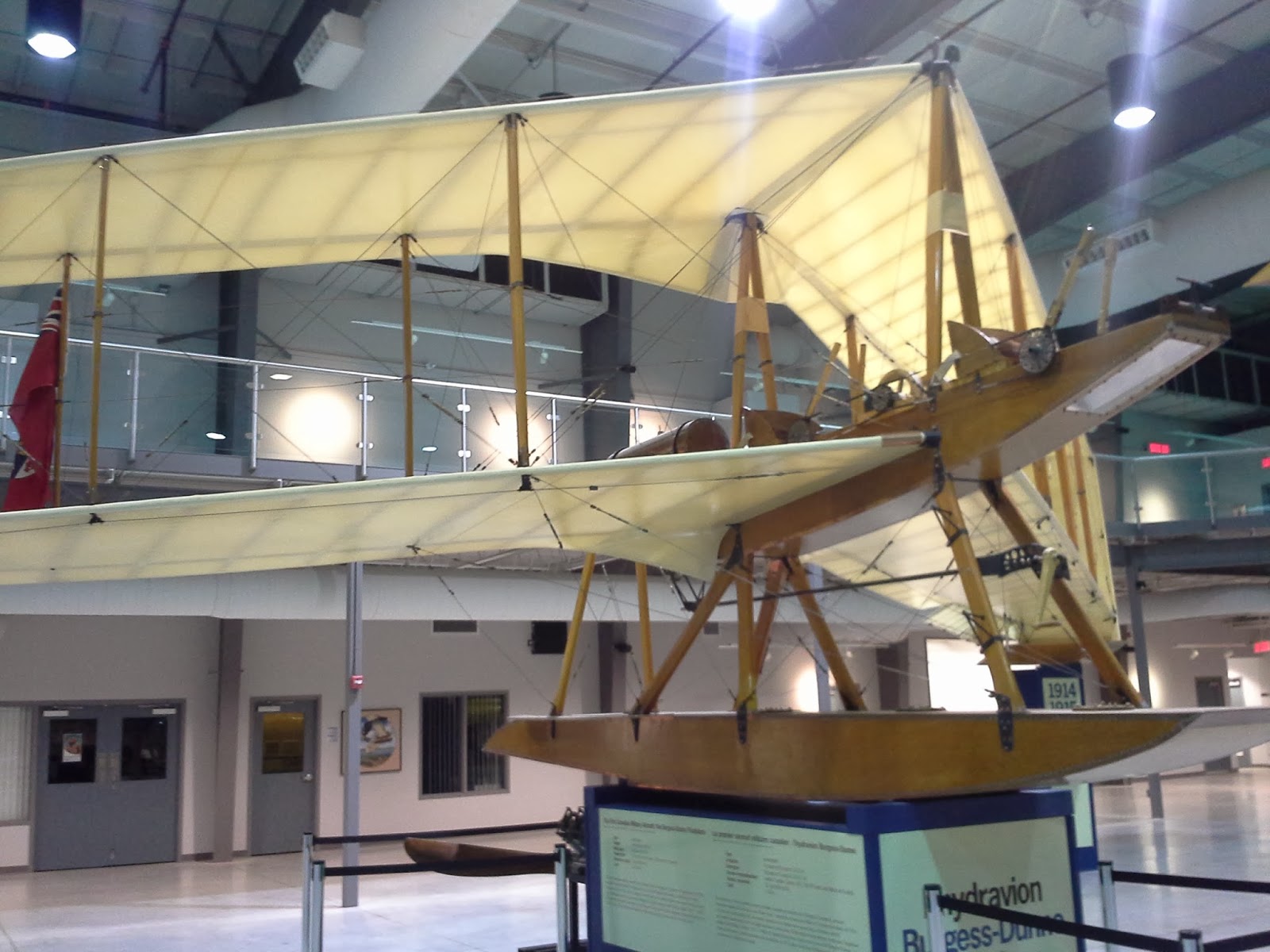 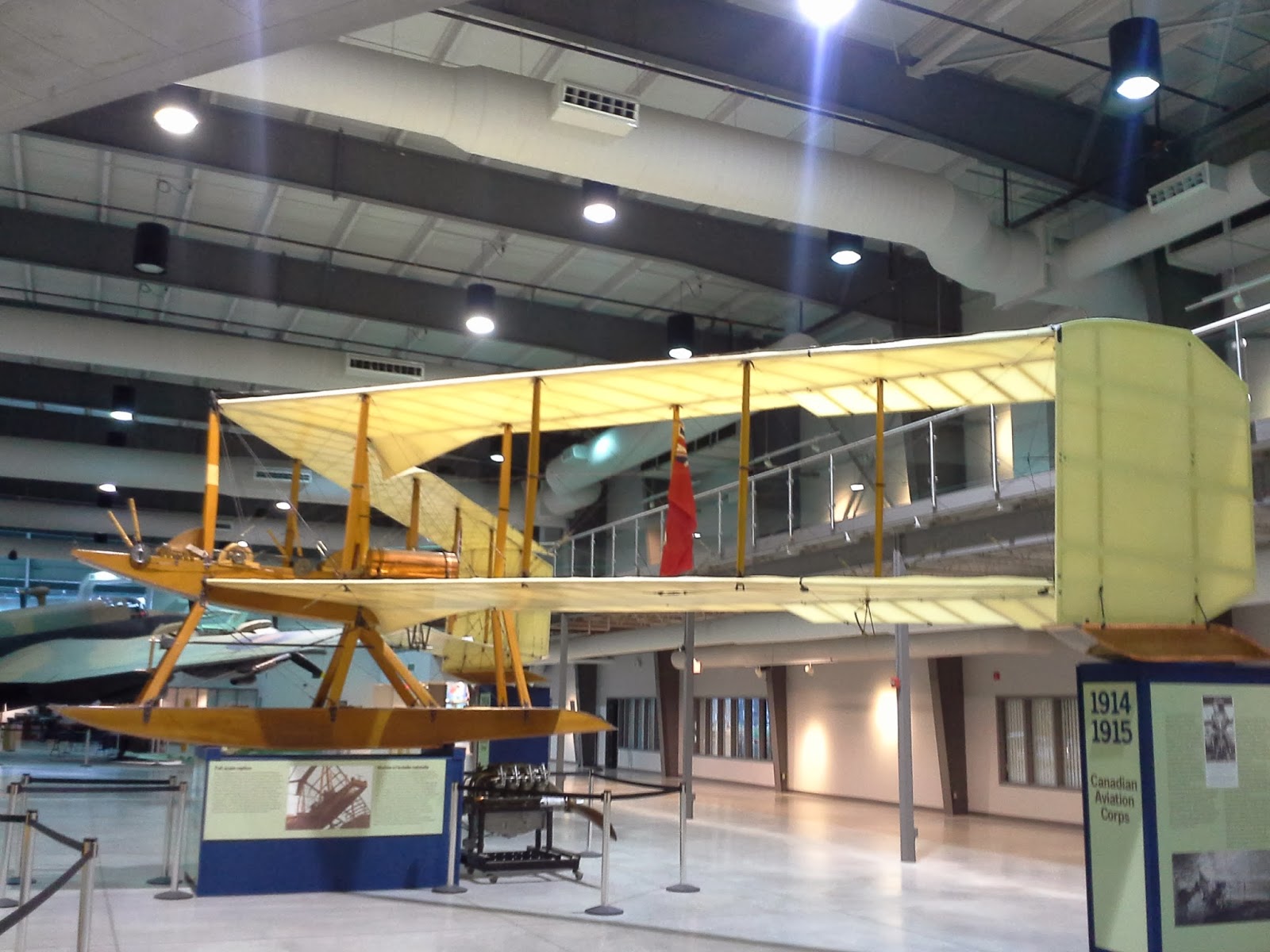