Above, an old wrench I picked up last week, because it had a patent number on it which piqued my curiousity.

Below, an open end wrench of the same design I encountered later:

It turns out that the patent was for the ornamental design of the wrench.  It was awarded in 1935 and assigned to the Bridgeport Hardware Manufacturing Corporation of Bridgeport, Connecticut: 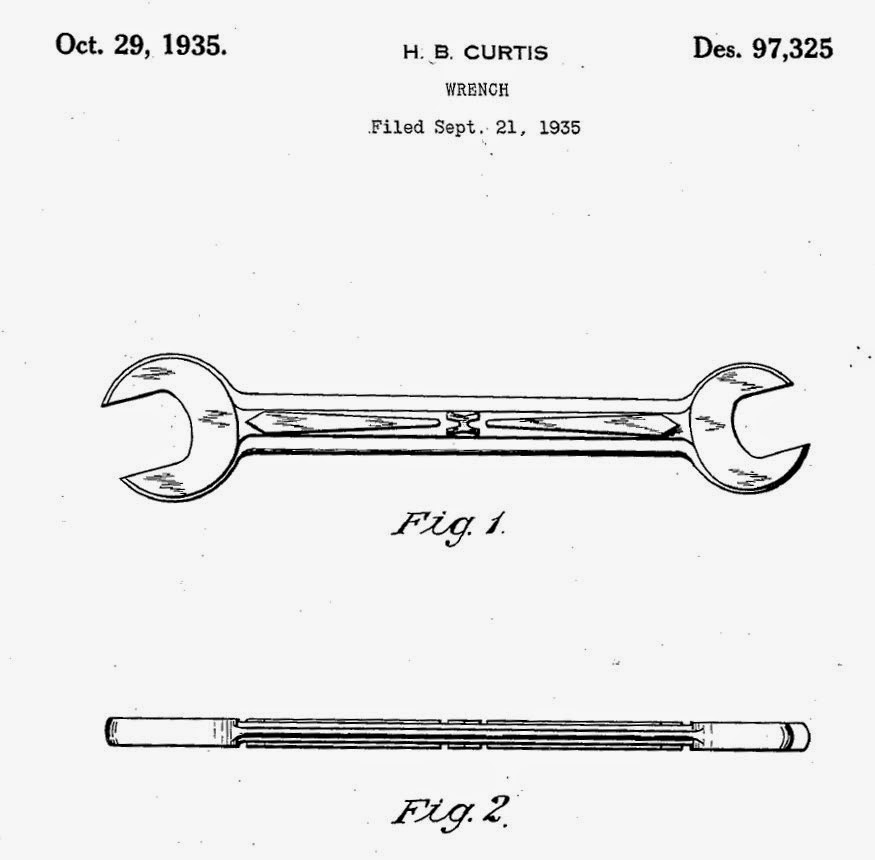 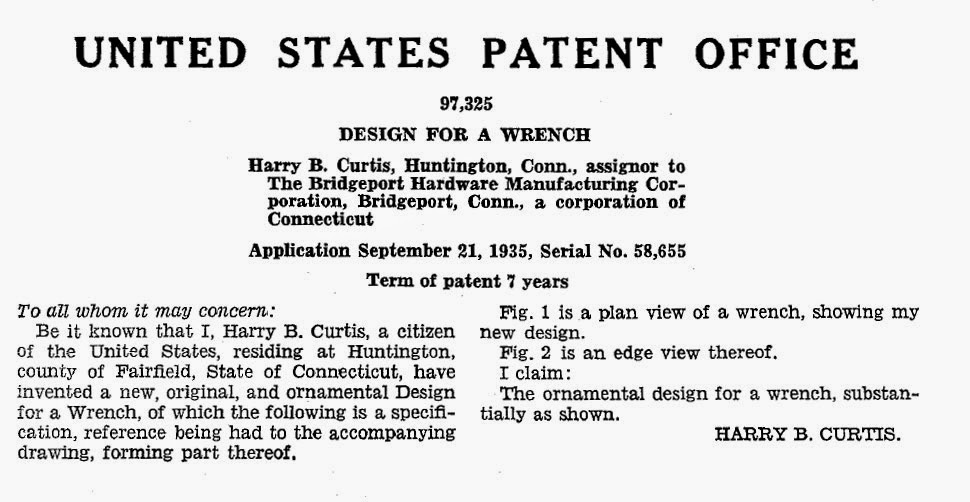 Harry B. Curtis, the inventor, seems to have developed a number of tool designs for this company.

Below,  a rather unique two-pronged crate prybar: 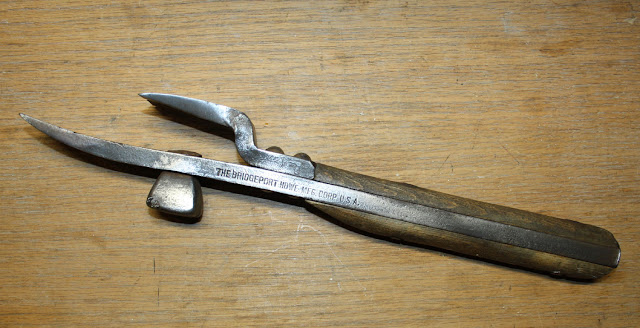 Below, a "Suregrip" nail puller:

Below, another of their offerings, a coping saw: 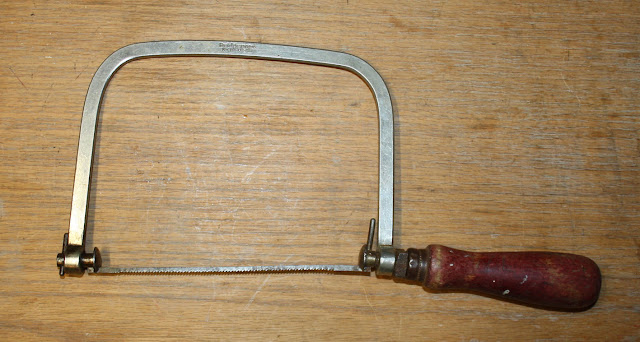 They were particularly known for the quality of their screwdrivers. Below, a Bridgeport stubby Phillips "No. 2 point":

Below, a Bridgeport stubby Phillips "No. 1 point" with "Western Auto" stamped on the ferrule:

Below, a Bridgeport "Viking": 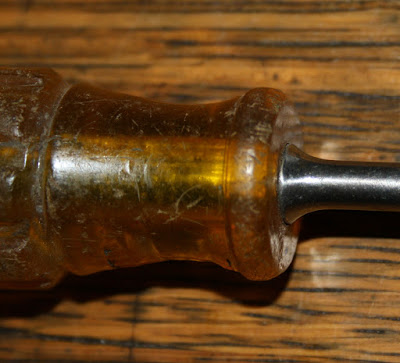 Note the enlarged bolster on the shank, a nice feature seldom seen on screwdrivers today.  I don't know if Viking was one of their brands, or another brand that bought screwdriver blades from them.

Below, a no-name screwdriver showing a 1959 patent assigned to the company: 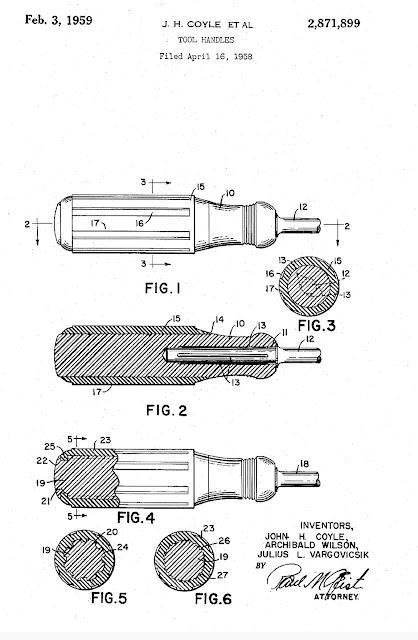 The company was founded in 1895 by Willis F. Hobbs as the Bridgeport Manufacturing Company. Hobbs was an inventor who was awarded a number of patents over the years.  A new factory was built in 1900, but burned down (a common theme in the history of tool makers).  In 1902, it was reorganized as the Bridgeport Hardware Manufacturing Corporation, offering a wide variety of tools, many produced under contract for other manufacturers.   This included axes, combination tools, hammers and screwdrivers with the brand names “Tomahawk” and “Baby Terrier.”  Their signature seems to have been their use of nickel-molybdenum steel, an unusual alloy. In 1960, the company was acquired by Crescent Niagara, a holding company which had already absorbed Crescent Tool, Billings & Spencer, and the tool operations of Barcalo manufacturing. Bridgeport tools continued to be offered as a product line into the late 1960’s.  However, production was moved from Bridgeport to Crescent-Niagara's Jamestown, New York facility, which then offered lesser quality screwdrivers under the "Crescent-Bridgeport" name. Cooper Tools absorbed Crescent Niagara, and again moved production to their facility in Apex, North Carolina. After buying Xcelite, the company brought out a range of Crescent-Bridgeport screwdrivers made by Xcelite.  In 2010 Cooper Tools and the Danaher Tool Group combined to form the Apex Tool Group. So, Bridgeport is gone now, and only X marks the spot.

I just picked up an old wooden handle screwdriver with the word VIKING on the ferrule. A web search brought me to this page. There's not much to go on. I have some other Bridgeport tools. I can't tell if this is one. I'd say no. But who knows?

I have just acquired a nail puller that appears to be a Harry Curtis invention. It is almost identical to half of his crate puller. Any ides of the date? I am just listing it on eBay. (4/9/20).

Here is a photo of the tool and of its hard-to-read mark, which I hope come through:

Good day.Need more information on a pliers with number under Handel's (FAY-PAT.MAR.16.1920) If possible.Thanks.