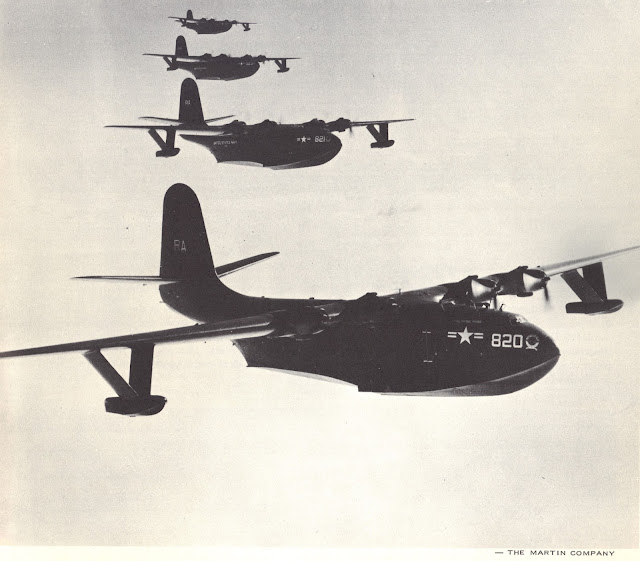 Twenty of these huge four engine flying boats were built for US navy use in WW2, they arrived too late for wartime service, and only five were completed, serving as transports for a decade. One remains, in use as a water bomber in British Columbia.

Hawaii Mars in the late seventies, owned by Forest Industries and used for firefighting.

Two of them are left, at Sproat lake near Port Alberni BC.
The Philippine Mars has been out of service since 2006 and plans are currently on hold to ferry it to it's final resting place, the National Aviation Museum in Pensacola FL.
The Hawaii Mars is still operational, but hasn't worked since 2013 when the provincial government decided not to renew their firefighting contract with the operator. Company CEO Wayne Coulson, stated that they "have decided to take the Mars to the Oshkosh Air Show in Wisconsin in late July in hopes of finding another business or home for it, keeping it somewhat operational".

So sad to see them go. My uncle lives on Sproat lake and he used to take us in his boat for an up close look at them when they were anchored on the lake. They are absolutely enormous!

Thanks for the note! Hope both planes have a future. Such a unique airplane and it's great that at least one is still working at 70plus years old.
I'm told the Pensacola museum is amazing.

Video of the Hawaii Mars https://www.youtube.com/watch?v=-RKH2wT2bDk