This card dropped out of an old book I picked up: 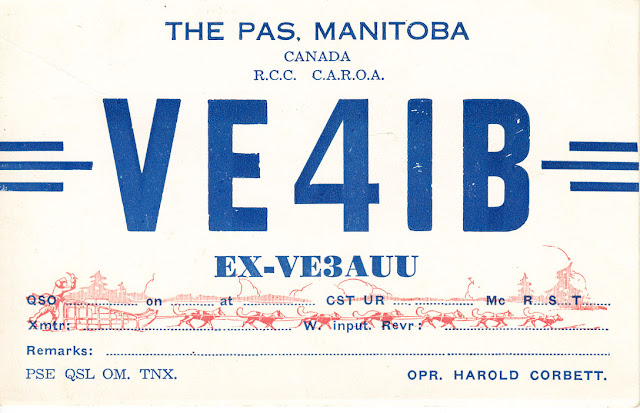 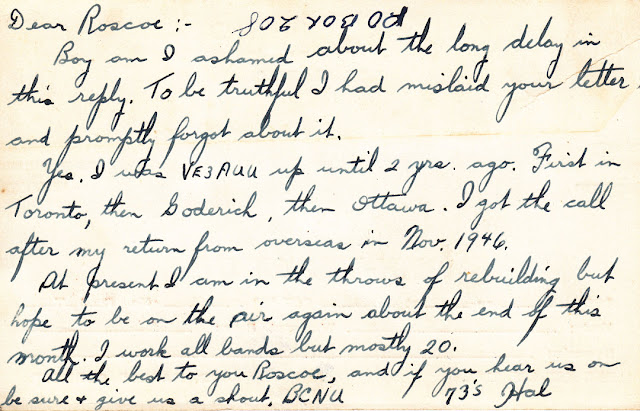 The card is called a "QSL" card, and these were sent from one short-wave or ham operator to another to officially confirm a radio contact.  These contacts were generally by Morse Code, also called Continuous Wave or CW, which naturally had its own abbreviations.  QSL was one of the 3-letter "Q" code or "brevity code" developed in the early 1900's by the British government.   The card above has "PSE QSL OM TNX", which the sender could circle to indicate, "Please (send) QSL, Old Man, Thanks."  Wonderful to relate, there are still enthusiasts out there carrying on this tradition.
Posted by The Duke at 9:09 AM