All jacked up: AUSCO

The Auto Specialties Manufacturing Company, or Ausco, began producing automotive jacks and service equipment in 1915.  They also marketed their products under the trade name "Drednaut."  At one point, the Big Three automakers used their jacks exclusively.  They were headquartered out of Benton Harbor, Michigan but also had a plant in Windsor.  The Windsor facility closed in the 1970's after a long strike.  One person wrote that his father worked there from 1953 to 1970, being paid piece work for pouring castings.  After 17 years of service, he received $14.00 per month in pension.  In 1988 the U.S. Jack Company purchased the product designs and tooling from AUSCO when they discontinued their after-market business. 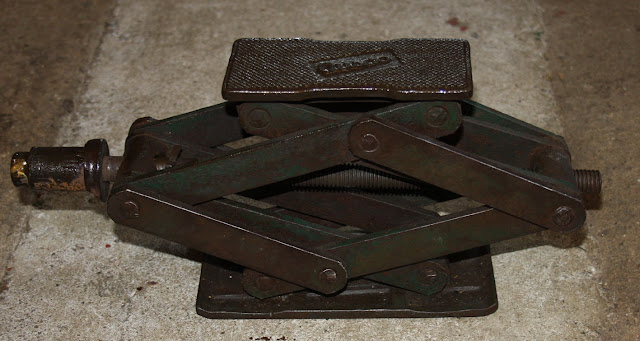 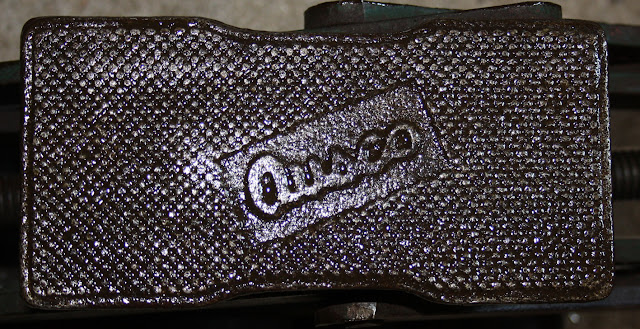 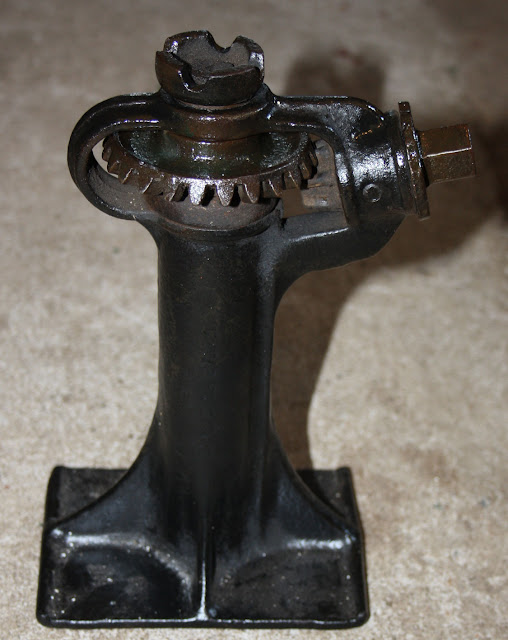 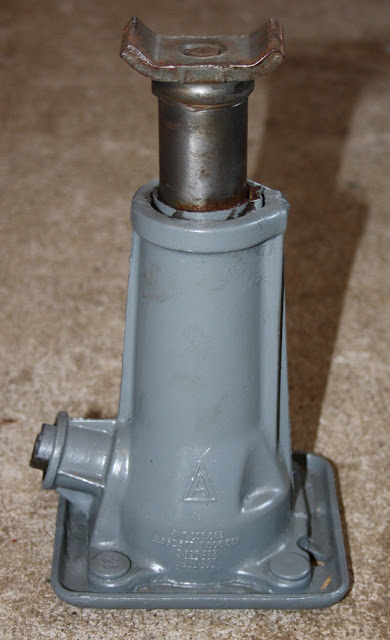 Below, patent for above: 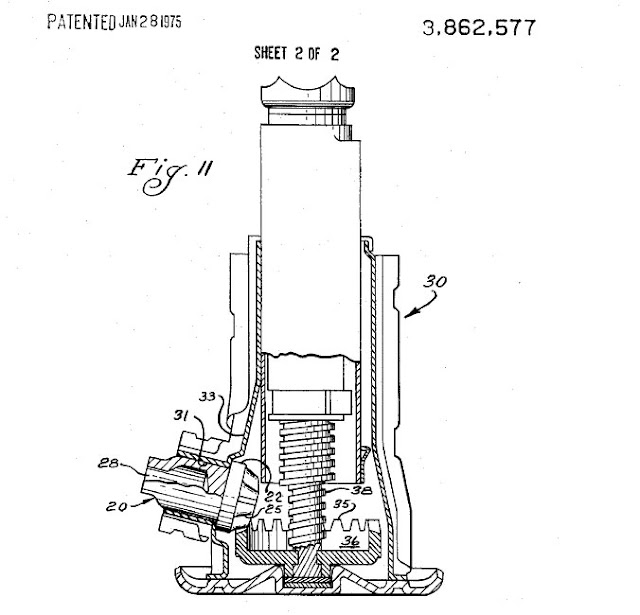 Below, made in Windsor: 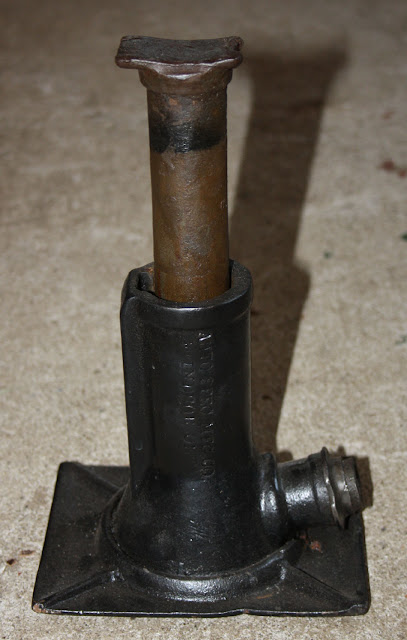 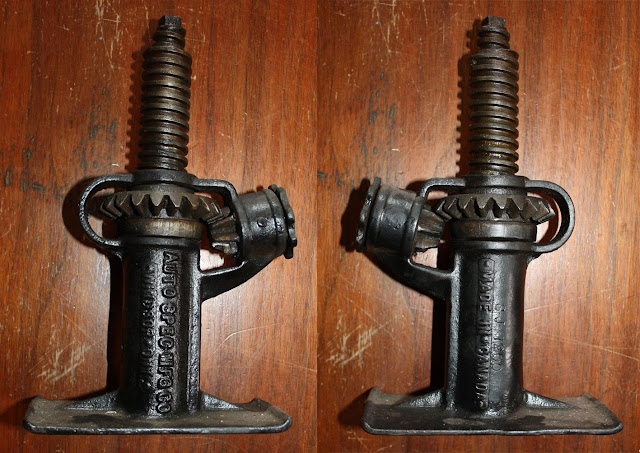 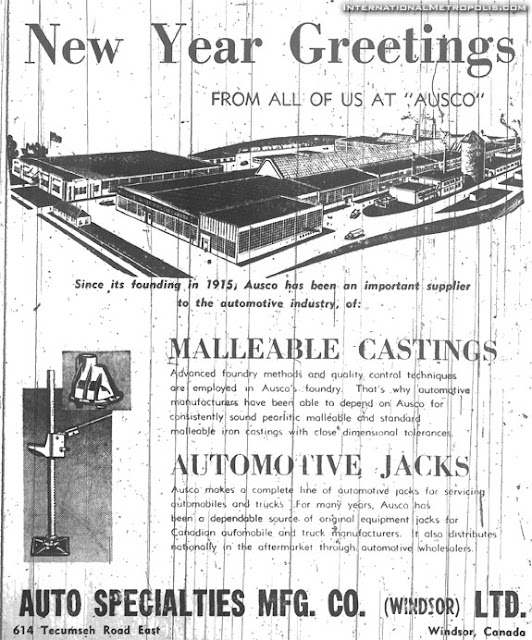 Below, an example of their "Drednaut" line (a name which they also used for their aftermarket shock absorbers, as their 1922 ad illustrates): 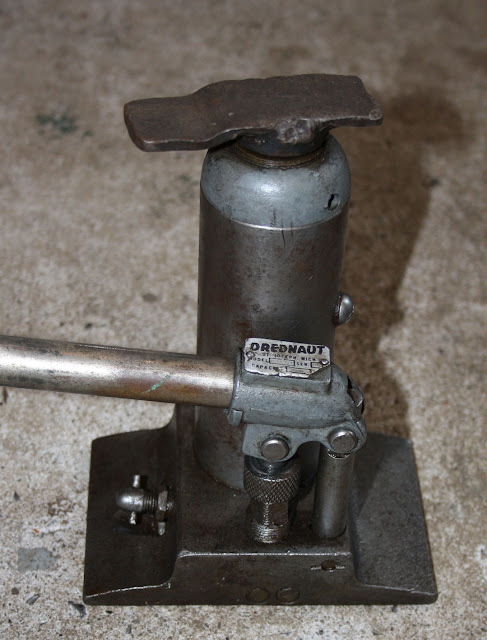 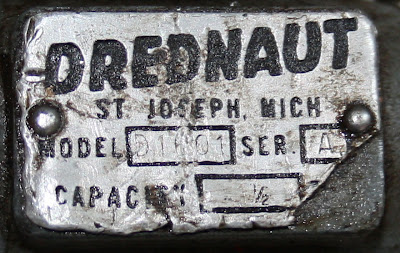 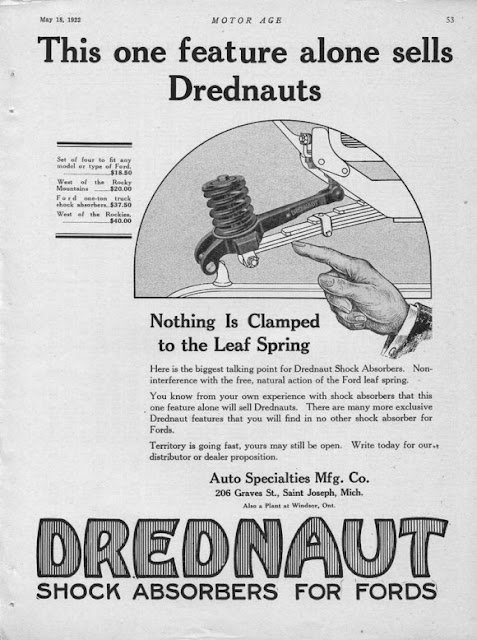 In April 2013 I received in inquiry from a professor of chemical and biological engineering at the University of Maine about the SJ-1210 jack pictured above (the one that is minus its saddle).  I had to wonder why any one would be interested in such a thing.  The professor responded:

Hi The Duke. I am restoring a Canadian built 1930 Dodge Brothers coupe.  I know from the  master parts book of 1934 that it used a different jack to the same car built in the US.  The jack used for the US cars was an SJ1210 made in the St Joseph factory.  I have suspected that the jack used on the Canadian cars was the same model number, but made in the Windsor factory.  A good friend of mine with a very original 1930 Canadian built sedan found his jack on the weekend-and it confirmed my suspicions. Remarkably your jack is probably only 1 model off what I need (it looks identical except the writing is in the opposite orientation).


Anyway, I decided that he needed the jack more than it needed to sit on a shelf in my shop.  Below, the car that it now resides in: 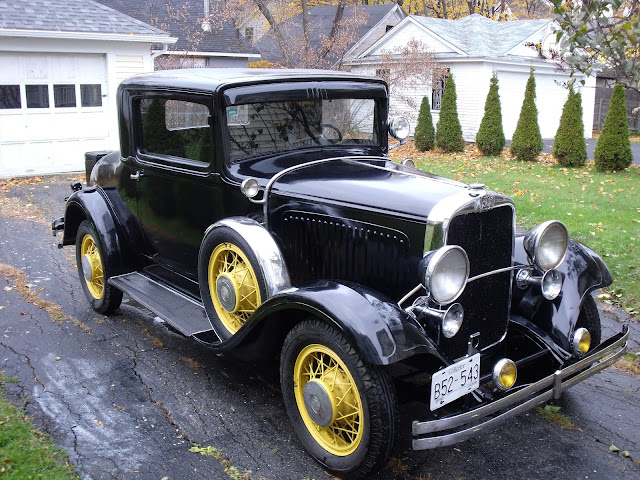 I think I made the right decision!
Posted by The Duke at 7:17 PM

Thank you very much for the new photo. I am searching for a nearly identical Canadian built jack, its model number is SJ1210 (versus your SJ1200). If anybody has one I'd love to hear from you, my email address is dneivandt@umche.maine.edu
sincerely,
David

Ausco made very good jacks, the 1.5 ton trolley jack I bought 40 years ago still works perfectly and never has required any service. I doubt modern Chinese made jacks will last anywhere near that long. I purchased a "Craftsman Pro" Chinese made jack a few years ago. It lasted less that 3 years before I threw it away.

I'm restoring a model SJ1420. Any info on this one would be appreciated.