I picked this thing up somewhere.  I really didn't need it, but it was built like a brick, er, outhouse (unlike drill stands today, which are spit-through).  I added the table from another, more modern, drill press stand. 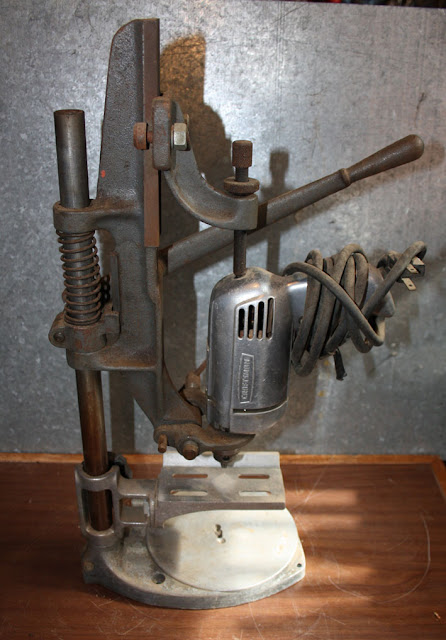 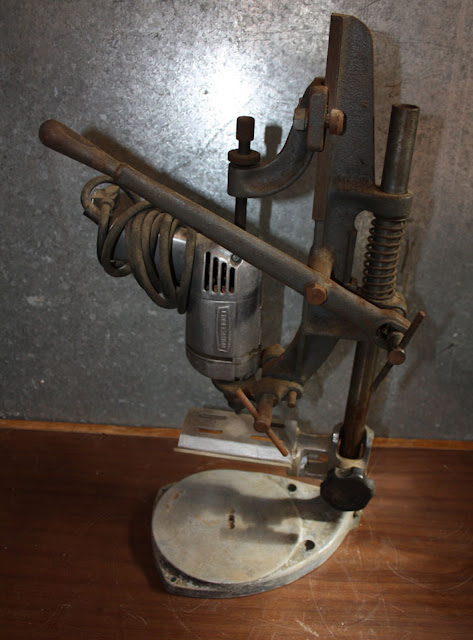 Below, as illustrated in a 1962 publication, which identified the maker: 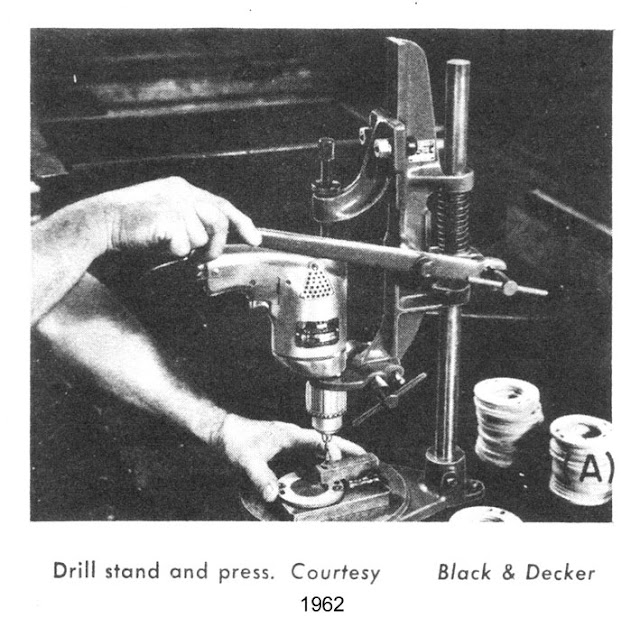 These kinds of stands have been around at least since the 1930's:

In fact, good old Alonzo G. Decker patented one himself in 1936: 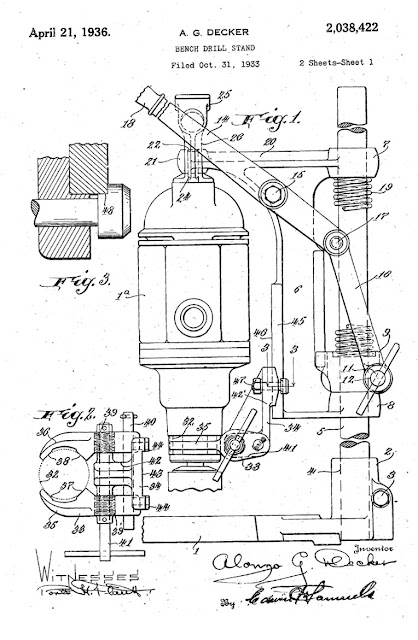 I suspect, though, that mine is based on the 1949 patent by Glenn C. Wilhide of Towson, Maryland, which he assigned to the Black & Decker Manufacturing Company: 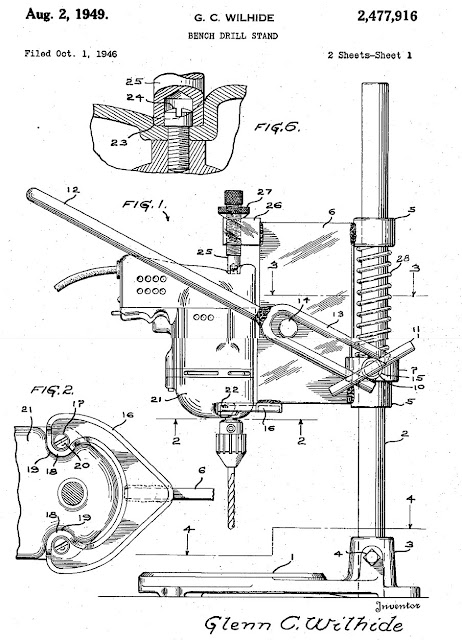