We used to make things in this country. #20: The Lufkin Rule Company of Canada, Ltd., Barrie, Ontario 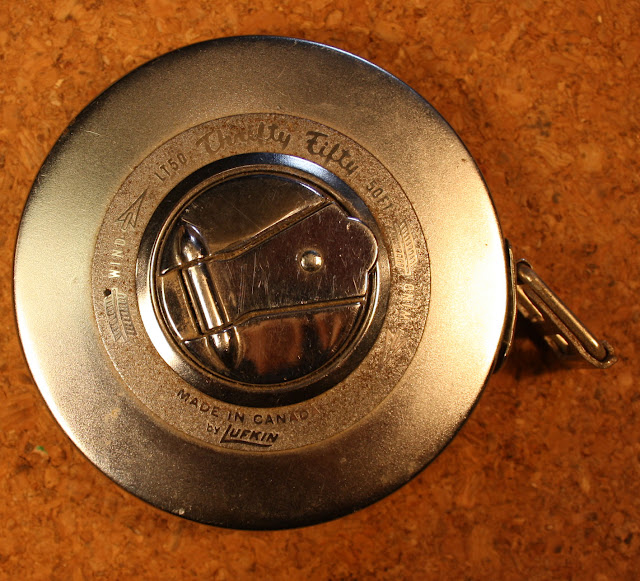 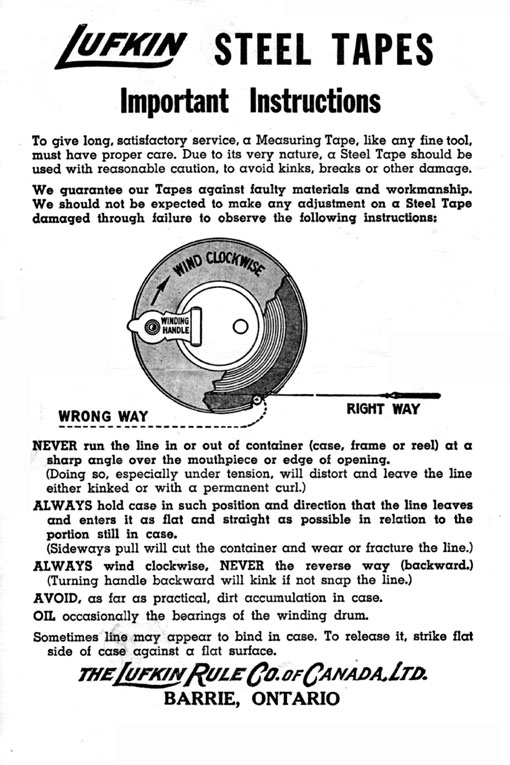 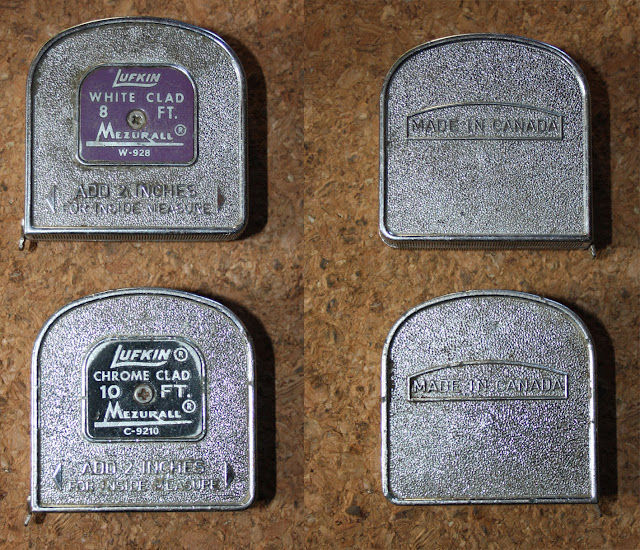 Edward Lufkin founded the E.T. Lufkin Board and Log Rule Manufacturing Company in 1869, Cleveland, Ohio. The Lufkin log rule was made of flexible hickory and, contained scales that provided quick board-foot calculations.   He sold out his interests in 1883.  The company went on to eventually enter the precision measuring instrument market: 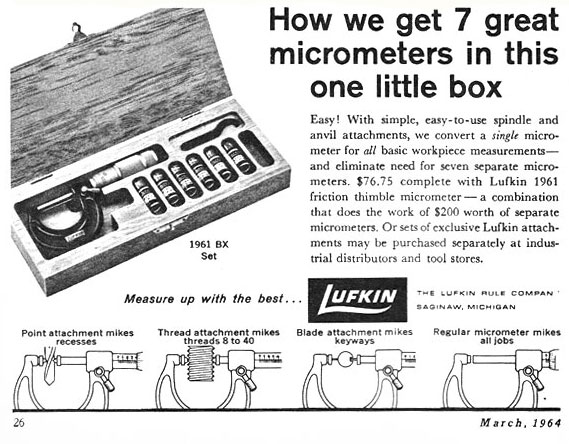 They even made machinist's tool boxes to house these lovely tools!  Below, from the web: 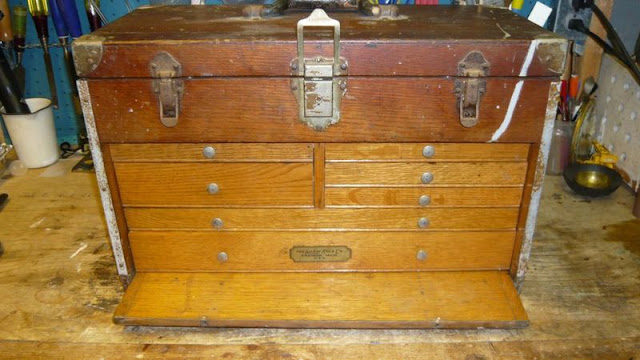 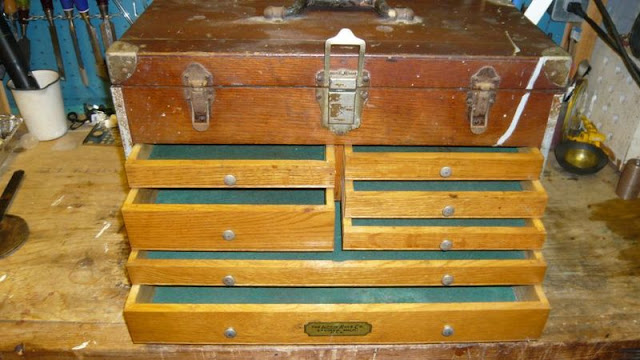 The Lufkin Company first built a Canadian plant in Windsor, Ontario in 1907, moving it to a larger facility in Barrie in 1948.

In 1963, the Lufkin plant production was large enough that foreign exports were possible, although only components were shipped to Australia for final assembly there.  Lufkin was acquired by Cooper Industries in 1967, and somewhere in the next decade or so the Barrie factory was quietly closed.  In its heyday, one forum contributor reported, "I grew up in Barrie Ont. and there was a Lufkin plant there. Any time you had a tape measure break you could walk in to reception and they would hand you a replacement no questions asked."  I guess you didn't even need to talk to Packer No. 52-659.  Those were the days. 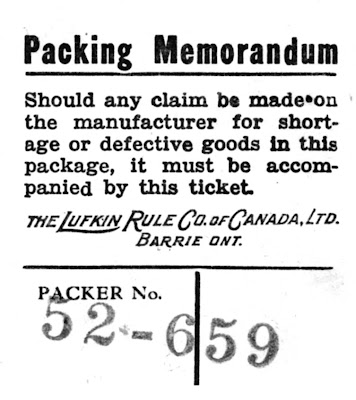 When I was about 6 years old, My civil engineer-father called upon me to help him to measure out lots in a new subdivision. I don't know why we were doing it on evenings and weekends or why he was using me. It was my job to run out the end of the 100 ft Lufkin tape while he wrote down numbers on a clipboard. I grew very intimate with the tiny windup handle on that tape. Finally I grew lazy and crossed the street dragging the tape behind me. Of course, that very moment a car came around the corner, drove over it and broke it. My father was much less angry then he should have been.


It wasn't all bad, he let me drive the car- sliding off the front of the seat to depress and release the clutch pedal, then scrambling back up onto the seat to steer- in the unopened subdivison streets while he proudly watched and freaked out invisibly in the passenger seat.

I don't know if you have any knowledge of a tape measure that we have. It looks like a yard stick somewhat, but has a flat pointed piece on one end. It has many numbers on it, and I wondered what it was used for and how.

Send Mister G a photo and we'll see what we come up with. At the very least, we can post it and appeal to the larger knowledge base of our visitors.

Sounds like a lumber scale, used by timber cruisers to determine how many board feet will be cut from a log.