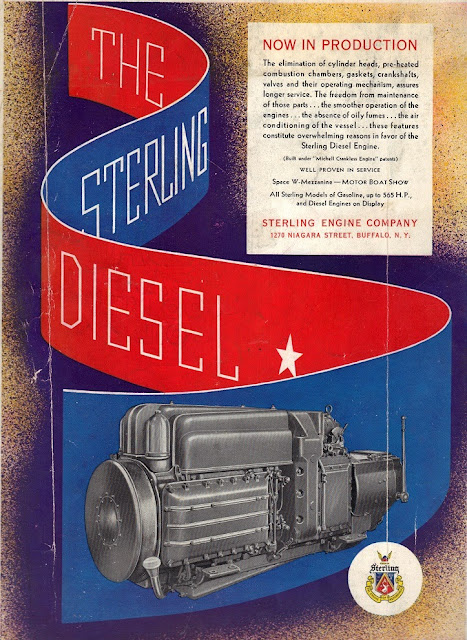 This engine is from Sterling Engines of Buffalo NY, maker of  gasoline and diesel engines for marine and industrial engines during the first half of the 20th Century. The 1938 ad shows one of their more unusual products.
This horizontally opposed four cylinder two stroke diesel  has two pistons per cylinder acting on a common combustion chamber. Instead of the usual rods and crankshaft,the pistons forces act against inclined discs located on a main shaft. 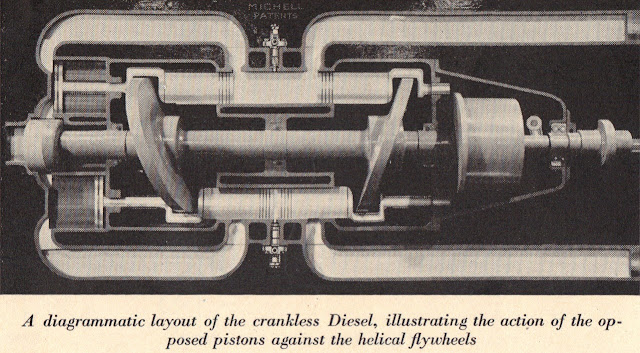 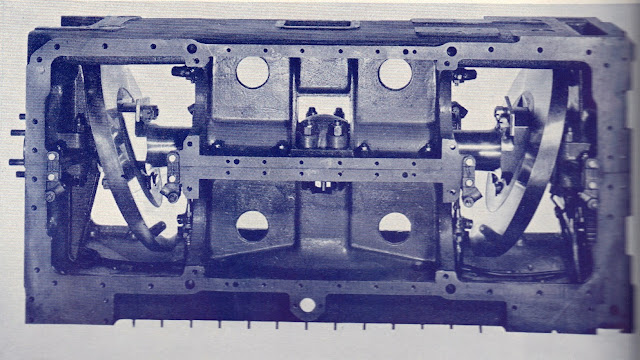 Above; the main frame of the engine with the main shaft  and power discs in place.
Below; Main working parts of the engine showing the framework carrying the guide rods. 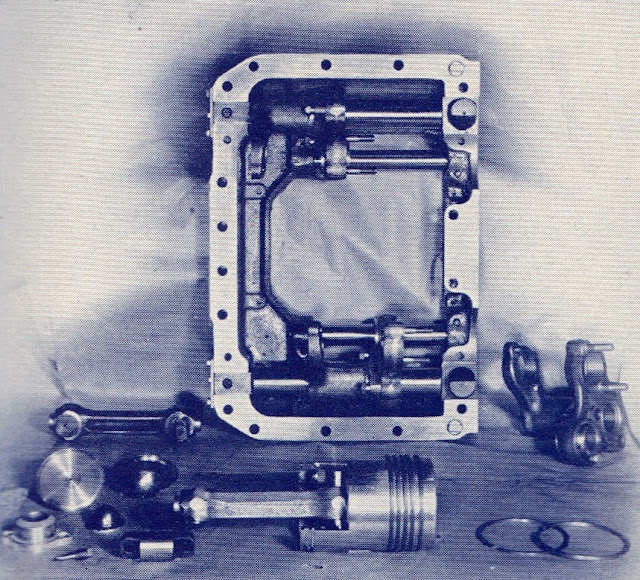 I can't find much info on either this engine design or the Stirling Engine company.The 1944 ad below does not mention the engine specifically, and another postwar ad I've seen for a Stirling railway powerplant shows a conventional diesel engine. 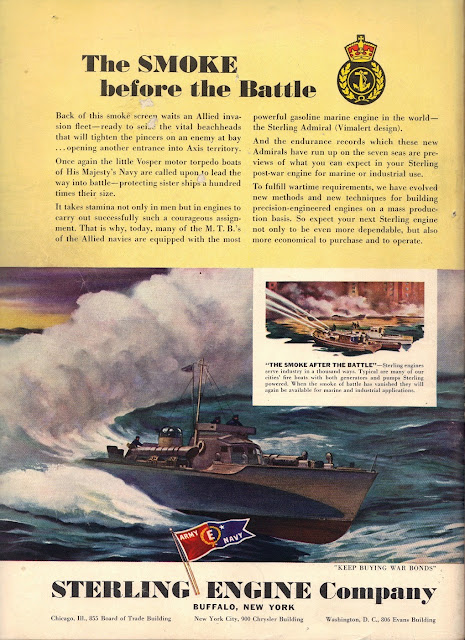