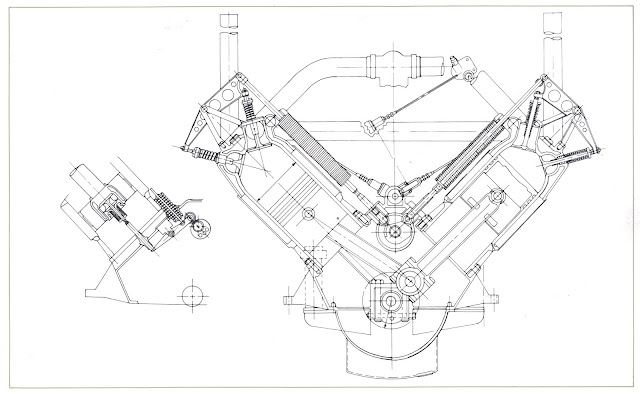 Around the turn of the last century the internal combustion engine was making big and affordable power (compared to the alternatives) and people were using this new development to break speed records on land and in water. When Ed Schroeder, commodore of the Motor Boat Club of America was looking for a new engine for his racing yacht in 1906 he went to engine builder H. M. Crane, who although used to building engine of less than 50 hp, came up with this advanced design in a 90 degree V8 format. The engine was a pushrod 3 valve ( two exhaust valves) configuration with hemispherical combustion chambers. With its 2477 cu in displacement it produced 200 hp at 900 rpm while weighing less than 10 lb per hp. Mr Crane went on to join the Wright-Martin Aircraft Company, developing the Hispano Suiza V8 from 150 hp to 300 during WW1.
The boat this motor was fitted to was the mahogany sheathed Dixie II which went on to record speeds of over 37 mph and in the next two years won virtually every race she entered. Contrasting with the revolutionary engine, the hull was a refinement of existing form, with a length of 39 feet and a waterline beam of only 4 feet 8 inches. Boats of this configuration were known to capsize to due to engine torque. 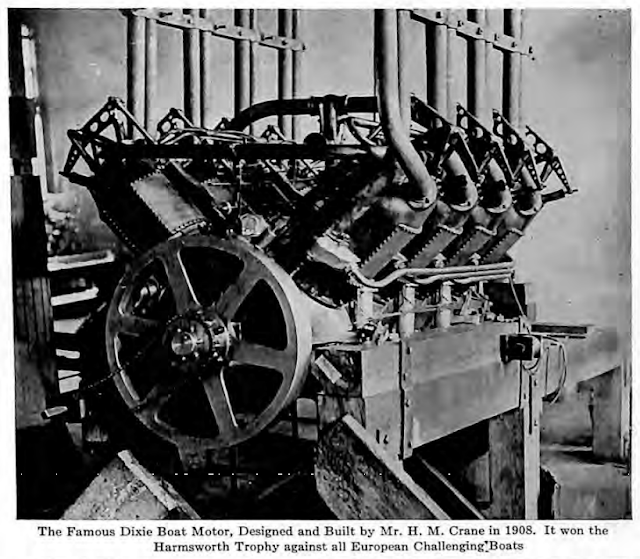