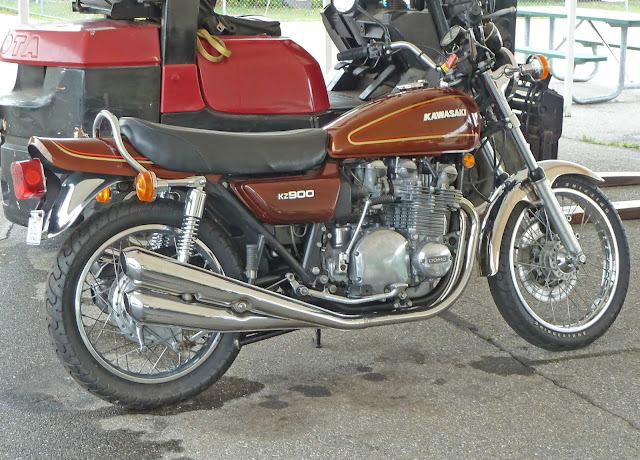 As a kid growing up in the late sixties and early seventies, the little Japanese bikes just did it for me, all Candy metalflake paint, chrome and polished alloy- I still can't resist them when I see them. :-)

Did the Z900 have the 70's Kawasaki combination of lots of power but dodgy handling and brakes?

Yes, the frame and forks were not up to the weight and power. But of course, people modified them to go even faster!