The last half of the 1800s were a boom time for railways and everyone joined in the fun. Machinery makers of all types tried their hand at building railway equipment with varying degrees of success. 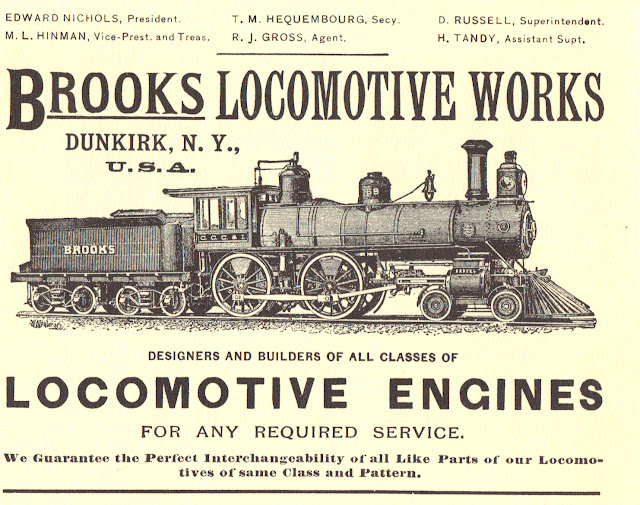 Horatio Brooks started this company in 1869 in the empty  New York and Erie RR shop buildings in Dunkirk, NY after the railway moved its shops to Buffalo. The company built over 3000 locomotives before being merged into American Locomotive Company (Alco) in 1901. Locomotives continued to be built until 1934. Alco closed the plant (then making heat exchangers) in 1962. 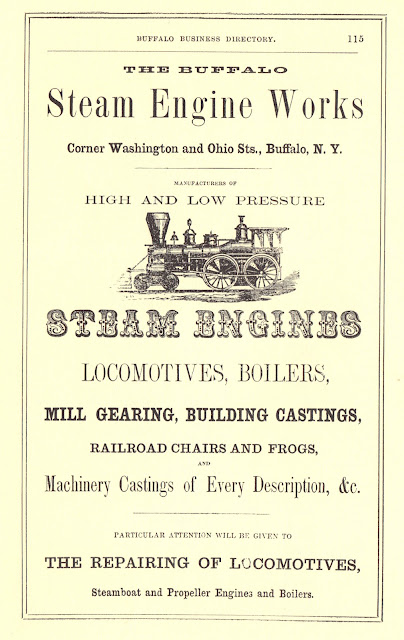 The Buffalo Steam Engine works company was formed in 1841. The ad is from 1855, the plant burned in a "conflagration" in 1867, but apparently lasted into the 20th Century.  Report on the fire. 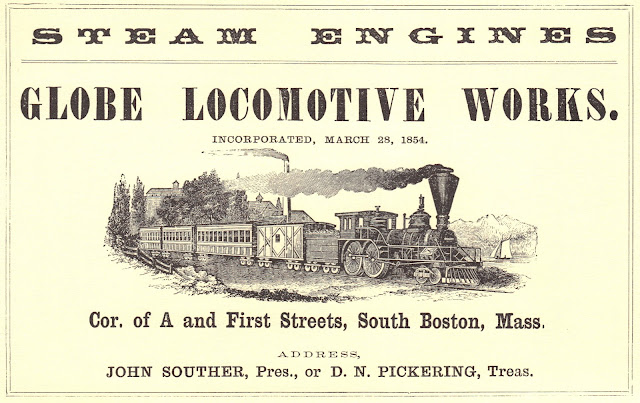 The company was formed in 1846 and manufactured various types of machinery.  About one hundred locomotives were sold before they ceased in 1864 to concentrate on the manufacture of steam shovels. 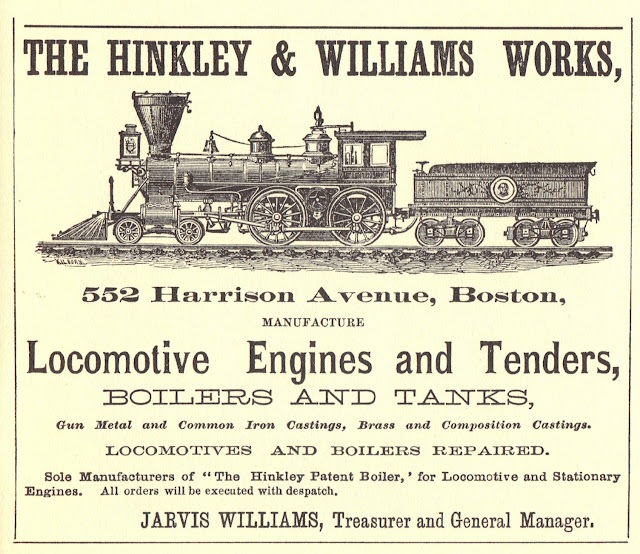 Hinkley Locomotives company started out in 1831 as the Boston Machine Works. They built their first locomotive in 1840 and in 1859 were reorganized as Hinkley, Williams and company. The company staggered along under different names till finally being closed in 1889. 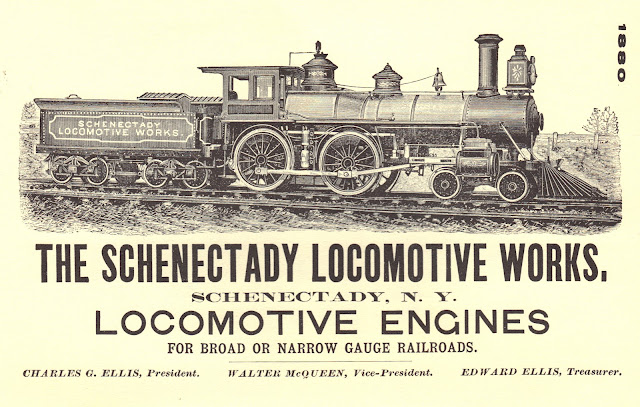 This company was founded in 1848 and built locomotives through the rest of the century. It was merged into the American Locomotive company (Alco) in 1901. 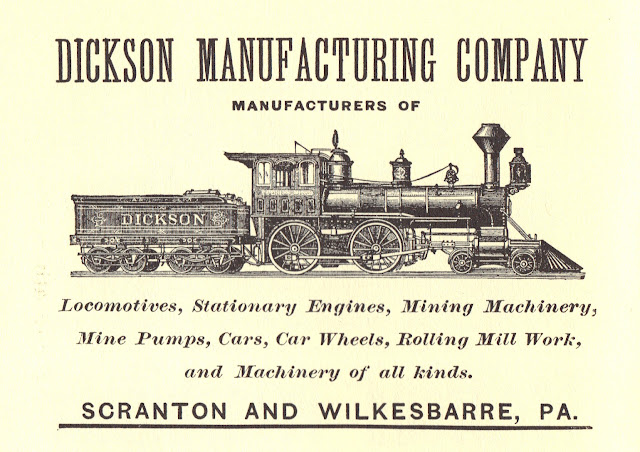 In 1856 Thomas Dickson started building boilers and locomotives in Scranton Pa. It was another one of the seven companies that merged into the Alco Locomotive Company in 1901. Alco closed the Dickson works in 1909. The former shop buildings still stand and are featured in the opening sequence of the television show "The Office". 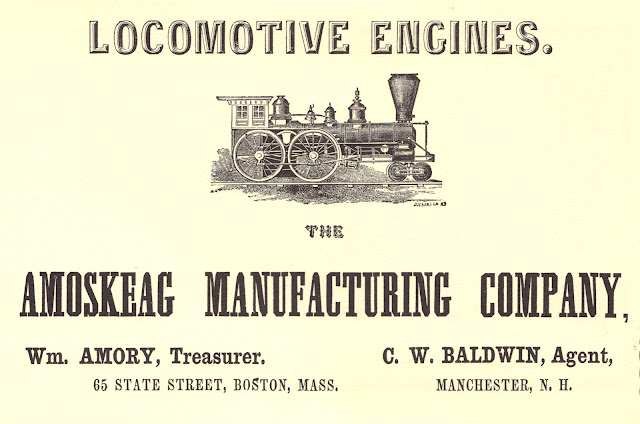 The Amoskeag Manufacturing Company was part of the Amoskeag conglomerate which was predominantly a textile producer. In 1849 Amoskeag built its first steam locomotive, just one of the many manufactured products that the company produced between 1840 and 1876. In 1854 the locomotive operation was sold, became the Manchester Locomotive Works which also became part of Alco in 1901. The early 1850s illustration below is a bit misleading in that it probably shows the entire mill complex, not just the locomotive facility. 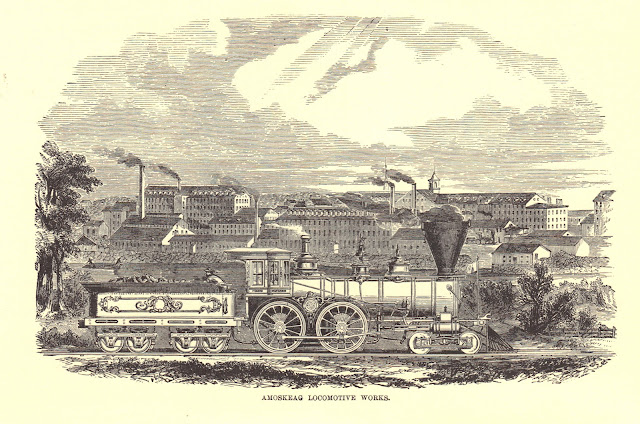