I serendipitously stumbled across the following pics and information in a library discard I picked up at a sale in Tweed, Ontario.  The title is The Home Workshop (Alexandria, Virginia:  Time-Life Books, 1980).  The book is a do-it-yourself guide to building your own workshop, but about a third of the way in, it has a feature entitled, "Diversity in Shops of Yore."

The Dominy family were skilled cabinetmakers, wheelwrights, clockmakers, carpenters, metalsmiths and handymen who, over three generations beginning in the mid-18th century, maintained wood- and metal-working shops in rural East Hampton, New York.  The book explains, "In these compact and well-conceived spaces, the Dominys were equipped to cast, turn, hammer, saw, thread, drill, carve or burnish almost everything a neighbor could want from wood or metal."  Their collection of tools numbered over a thousand, including 44 taps for making threaded holes in metal, 23 gauges for measuring turned work, and 50 or so pattern files for clockwork.  The woodworking shop was originally built around 1750, with workbenches placed at each of the three windows so that the craftsmen moved during the day from one bench to another to follow the natural light.  The final generation of the family could not compete with low-cost, machine-made goods, so several decades after its passing the shop was moved to another site.  Over the intervening years, the tools were dispersed among a museum, antique shop, and various attics until being reunited in 1957 and moved to the Henry Francis du Pont Winterthur Museum in Delaware where the shops were reconstructed from original floor plans and photographs.  Images and captions below are taken from the Time-Life book: 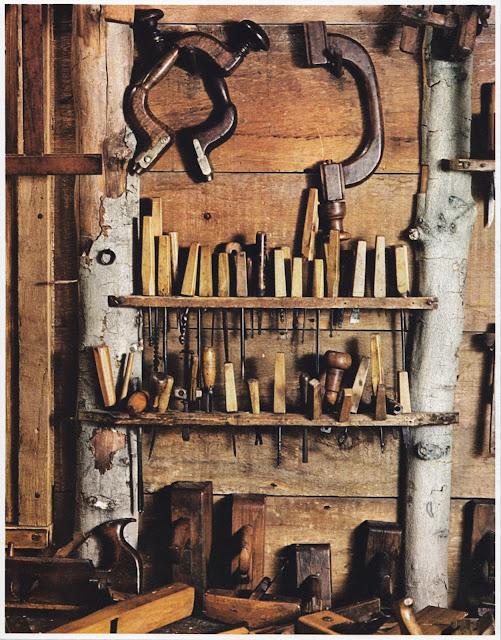 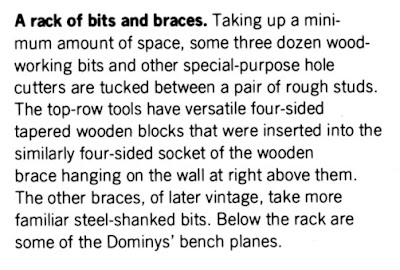 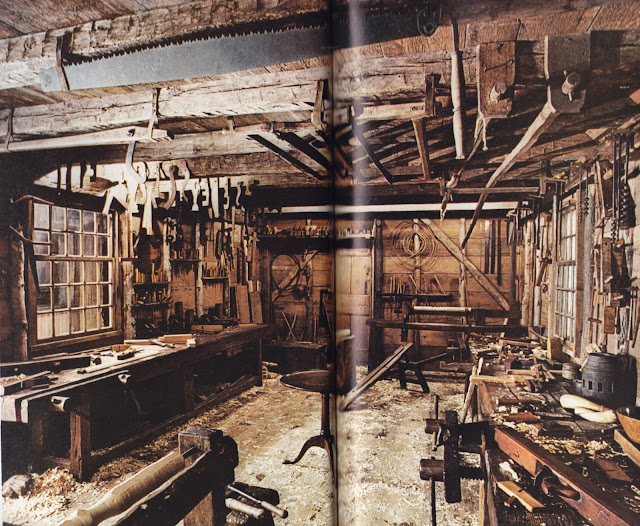 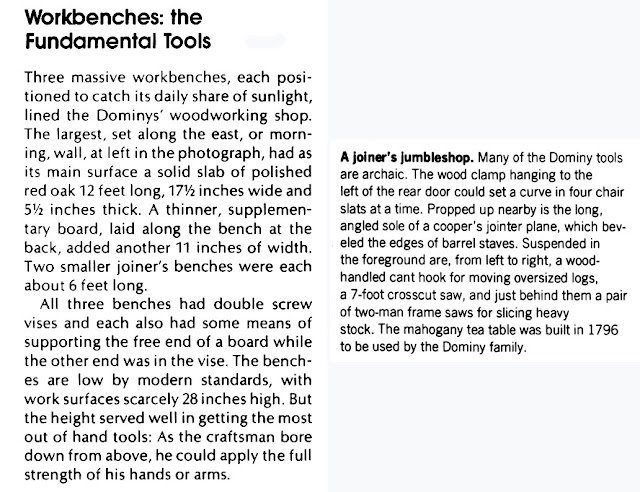 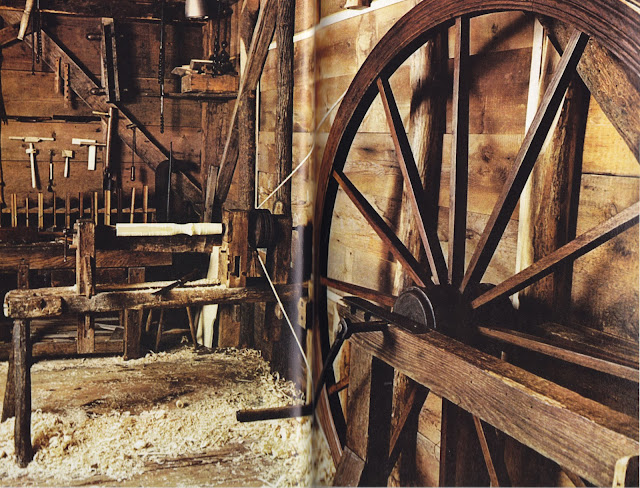 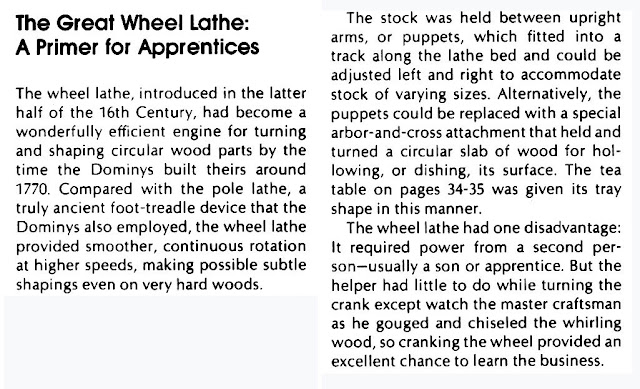 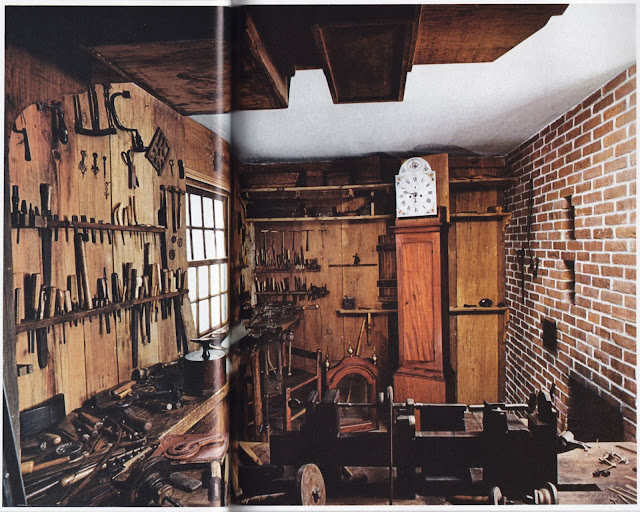 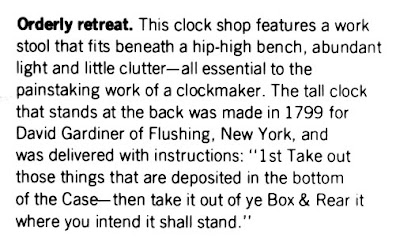 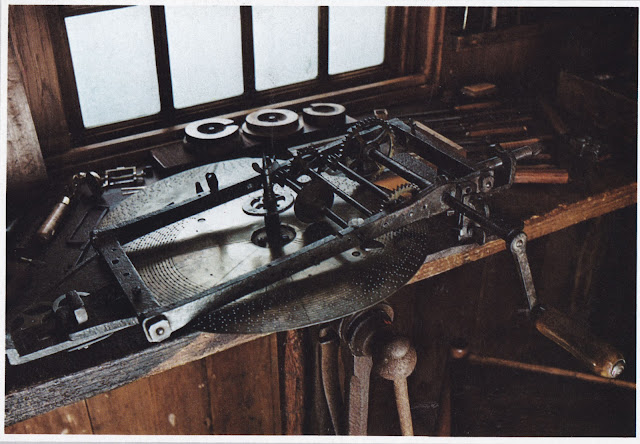 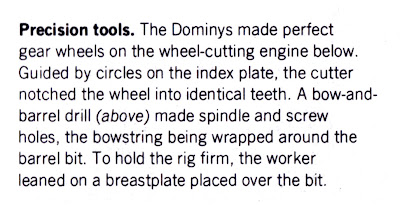