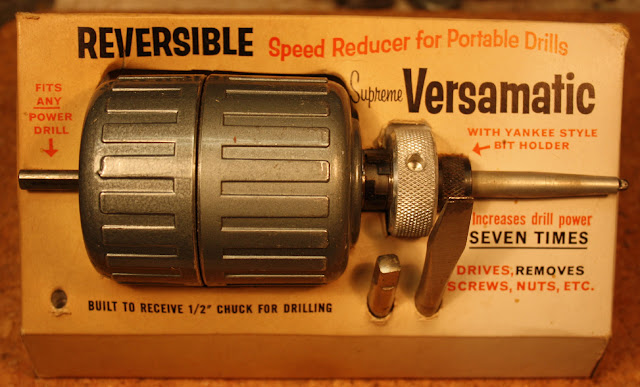 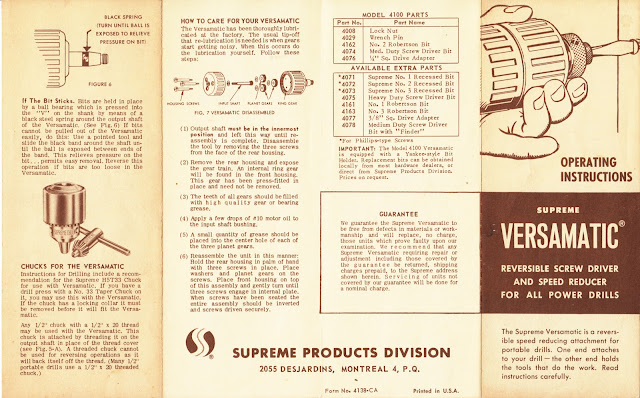 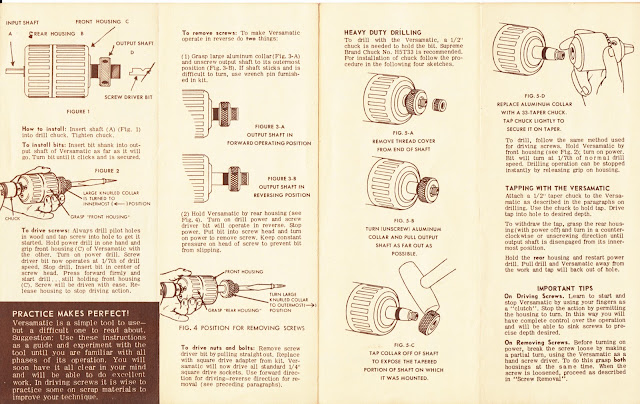 Back before cordless drills, electric drills provided too high a speed and too low a torque to drive screws.  This attachment was designed to change that.  It was patented in 1957 by Elmer J. Ondeck, who assigned the patent to the Supreme Products Corporation of Chicago. 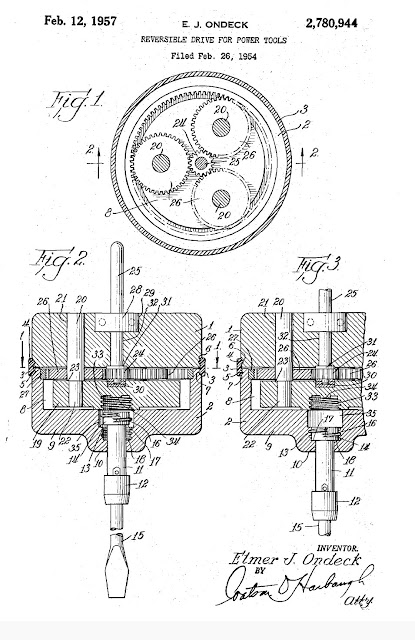 Supreme began producing and advertising it even before it was patented, with ads in Popular Science as early as 1956:

The Supreme Products Corporation also manufactured the "Versatapper," an attachment to turn a drill press into a production tapping machine.  These units appear on ebay from time to time, usually for an asking price in the hundreds of dollars.

Black and Decker produced their first cordless drill in the early 1960's, so the writing was already on the wall for the Versamatic when it first appeared on the market. The company itself had been purchased in 1956 by American Safety Razor (A-S-R), a firm started in 1875.  (During World War II, they saved an estimated 1,550 tons of steel by reducing blade production by 40 percent!)  ASR was bought by Phillip Morris in 1960.   Addictive properties add value to products:  cigarettes are still around--the Versamatic is not.  What happened to the company?  Supreme registered "Versatapper" as a trademark in 1963.  I've founded a "Buck Supreme Versatapper" (made by Buck Supreme Inc. out of Battle Creek, MI) and a "Ridgid Supreme Versatapper" for sale on the web, so it looks like Ridgid eventually acquired the company.  (Ridgid was bought in 1966 by Emerson Electric out of, Missouri.  However, almost all Ridgid tools are now made by Hong Kong-based TekTronics International (TTI), the parent company of Ryobi, which also manufactures the tools for AEG and Milwaukee.) 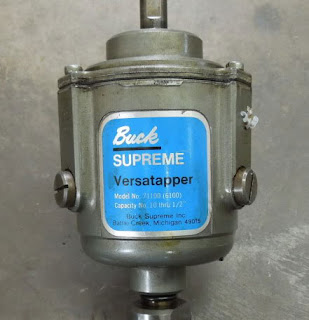 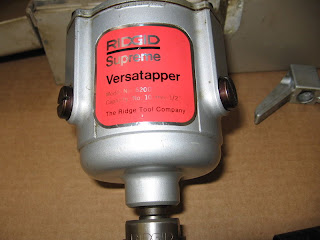 Hey Duke,
Would it be possible to email me a copy of the instruction sheet for this. I have a couple of these but cannot seem to get them to work. I had one that did work well as a tapping attachment but it broke and I cannot seem to get the others to work right. I have a couple of these but have never been able to get ahold of the instruction page. Thanks, Darrick Metalmasterscm@yahoo