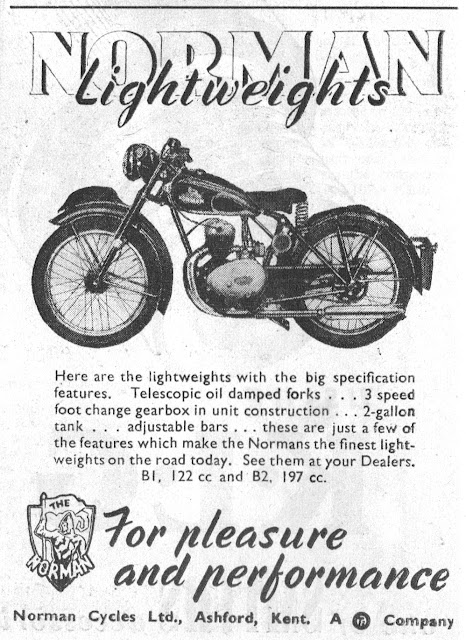 Norman started business shortly after WW1 making bicycles. By the twenties they had graduated to lightweight motorcycles and mopeds. Production was high, in the forties they were reputedly making about 1000 a day.  The company had been acquired by Tube Investments by the time this 1952 ad appeared and became part of the subsidiary British Cycle Corporation in 1956. The Norman company was closed in 1961.
Posted by Mister G at 7:43 AM