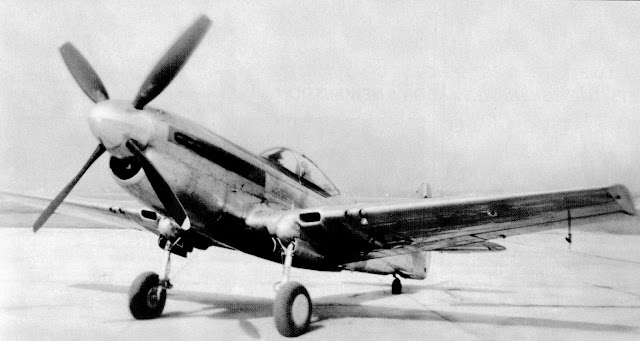 During the war attempts were made to modernize the aging P40. These images show the 1944  XP40-Q with bubble canopy, two-stage supercharger and squared-off wings. This was definitely an much improved airplane but it couldn't match the performance of the Mustang and Thunderbolt. It wasn't proceeded with. After the war one was used as an air racer, during a race, the engine failed and the plane caught fire. The pilot escaped but the aircraft was destroyed. None remain. 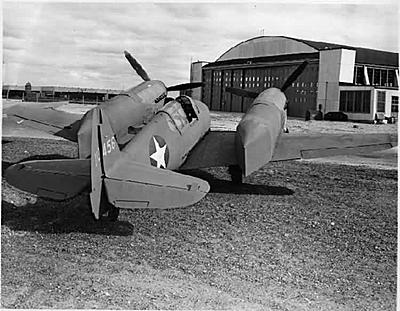 This photo appears to show another attempt at a faster, better P-40 with double the engines. I can't find any information on this interesting idea. The rear of the nacelles seem pretty crude.
Posted by Mister G at 4:03 PM

Which it looks like they tried to do, radiator placement aside....