In a previous post we mentioned Southern Pacific's cab-forward steam locomotives configured to protect the locomotive crew from asphyxiation while running in tunnels.
This worked fine for the Southern Pacific as their locomotives burned oil, making the fuel supply relatively easy to pipe up to the firebox. Coalburners didn't have that option and here are a couple of earlier attempts at dealing with the same problem. 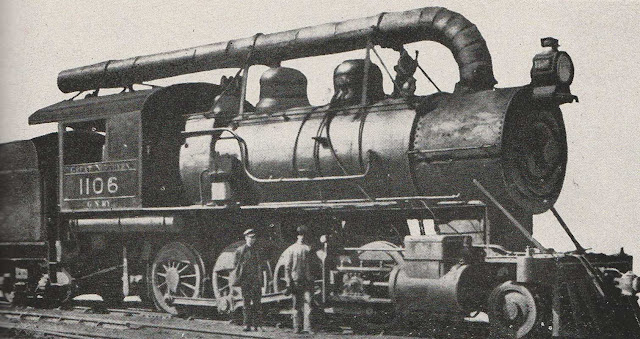 The Great Northern Railway modified the smoke stack on one of their heavy mountain steamers in 1902 to address the problem. Ok unless you were the second engine in a doubleheader I guess.
Below, the Rhodes, Guffey and Sheehan tunnel mask used on the Southern and other railways. Patent here. 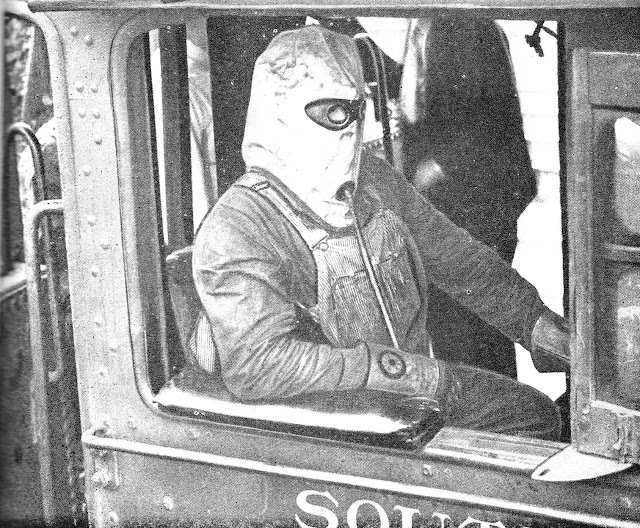