The things we build... motorcycle trailers 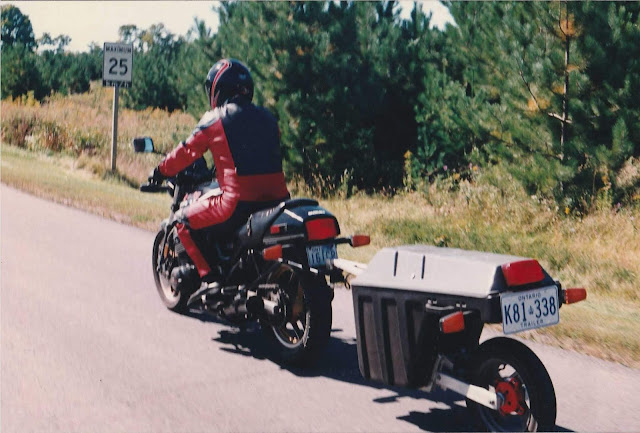 Many years ago Kevan Welch and I decided that having a trailer for touring would be a good idea and keeping it as narrow as the bike was a better idea.  To me, one of the advantages of a motorcycle is their narrowness- the widest point being the handlebars.
We hit upon the ideal shape of the old pickup truck wheelwell storage box as a body for a trailer. It had to be made a few inches wider and would need a proper-shaped lid so I made a form out of wood and we vacformed a lid that matched the shape of the box. We used Rosta suspension units and tried two styles of aluminum frames and a couple of different hitches.
The trailers worked remarkably well, the only disconcerting thing was watching a lightly loaded trailer spend more time in the air than on the road when it was bumpy. The biggest disadvantage was that toll stations frequently charged for the extra axle!
We entertained the idea of producing and selling the trailers, but we were well into the single shock suspension era, and the idea of trying to come up with a universal mount for various subframes put an end to that. 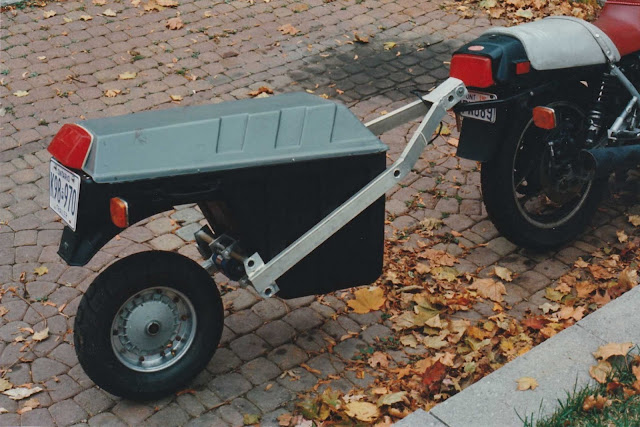 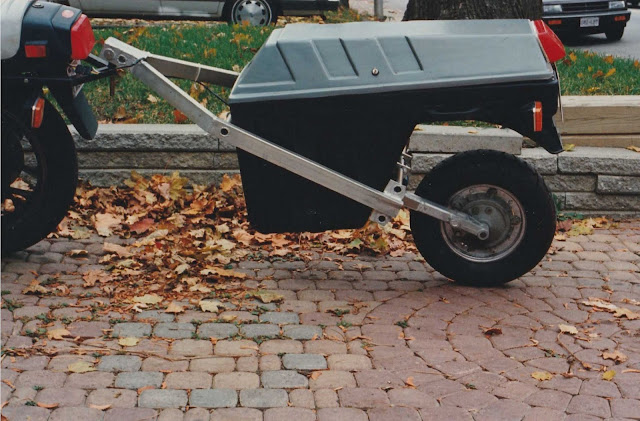