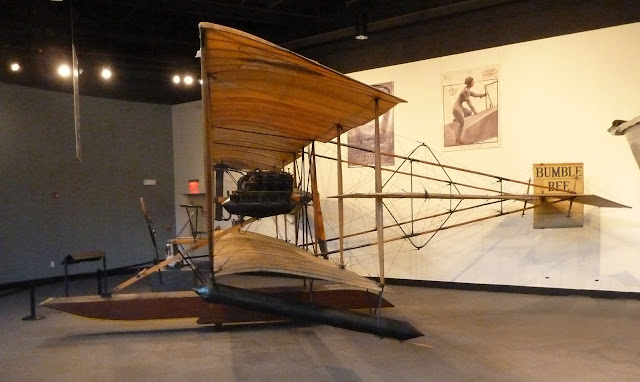 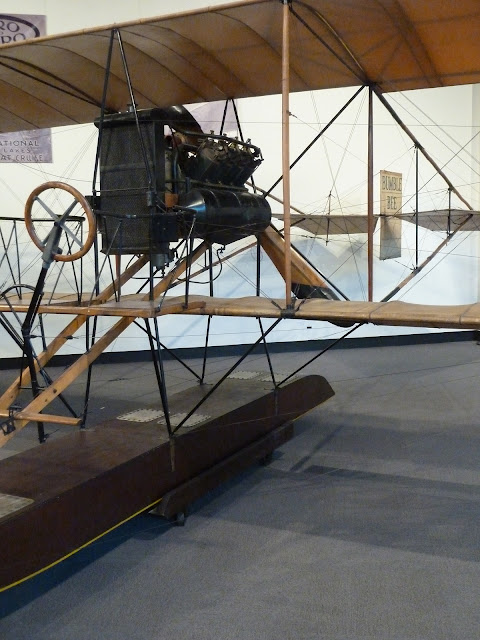 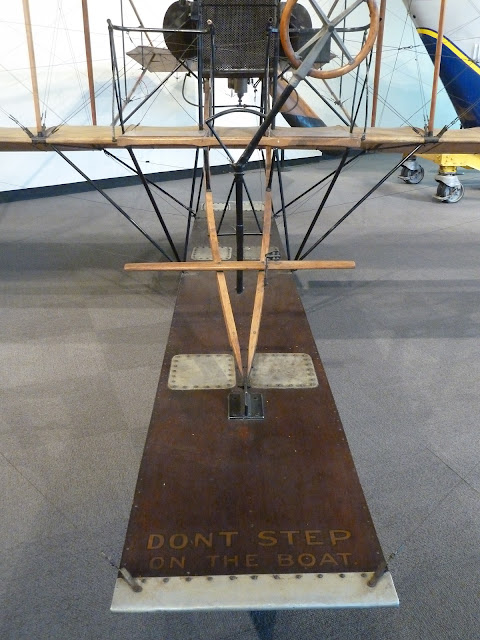 
From the Crawford Museum site,
After an accident involving a cow wrecked his first plane, Clevelander Al Engel ordered this Curtiss Hydroaeroplane so he could land on water. He named this plane Bumble Bee. Later, he modified it with wing extensions and a more powerful engine so a friend or paying customer could come along for a flight over Lake Erie. Al flew the Bumble Bee extensively throughout Northeastern Ohio, and for a time, based the Bumble Bee at the Lakewood Yacht Club (now Cuyahoga Yacht Club) at the mouth of the Rocky River. During the summer months of 1914, Al used the Bumble Bee to deliver “aerial mail,” consisting primarily of post cards, at Lake Chautauqua, New York. Al retired the Bumble Bee at the end of the 1914 season, stored the plane in his garage in Cleveland, and in 1946 sold it to the Thompson Products Auto Album and Aviation Museum in Cleveland. The Bumble Bee was restored at that time, and is now the sole remaining genuine Curtiss “hydro” in America.