In 1885 a Professor Leo Daft managed to convince the management of the Baltimore and Hampton street railway to allow him to set up his electrical railway system on their line. Consisting of small motorcars getting power from a third rail, these locomotives were hitched to the existing passenger cars, replacing the usual horses (or mules in this case). Power was provided by dynamos set up along the right of way. The system was a success on the steep grades of the line and was used for four years. By 1889 the Sprague system using overhead wire and self-powered cars had been successfully tested in Richmond Va and effectively obsoleted the Daft system. 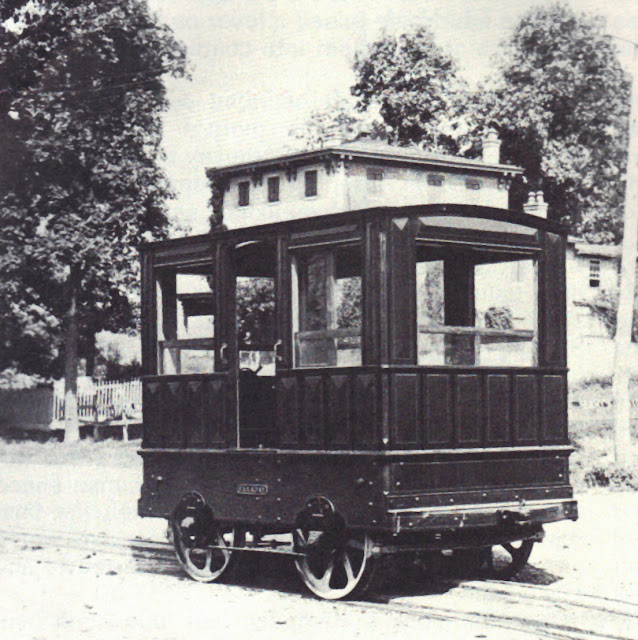 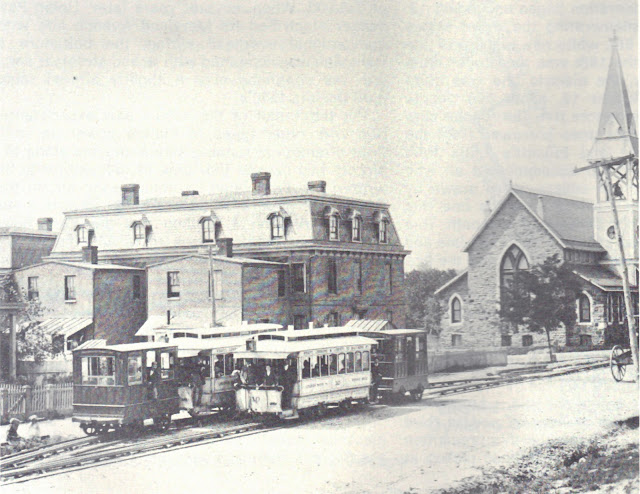 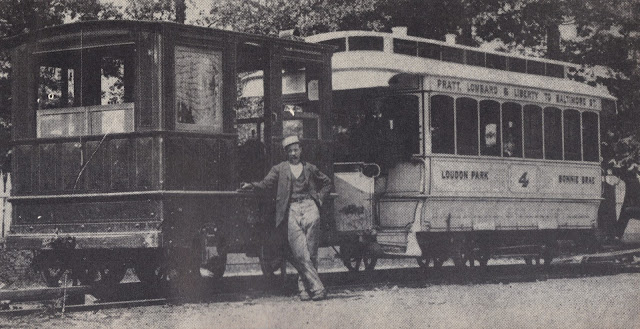 The motorcar below sports an experimental trolley pole for road crossings.

Awesome!!!!! I've never seen these photos of Daft's other experiments...