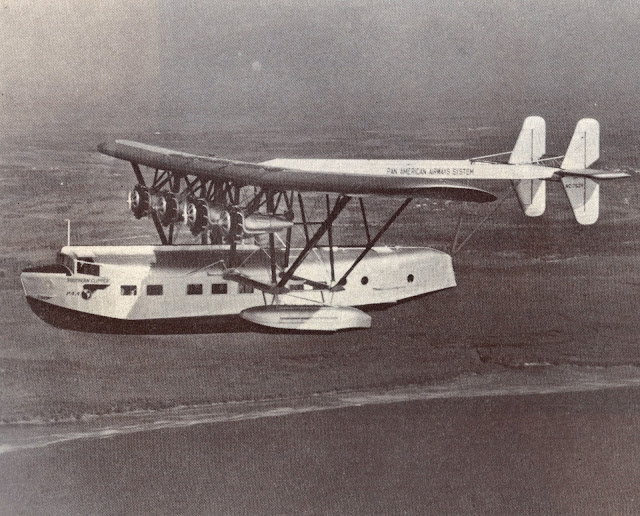 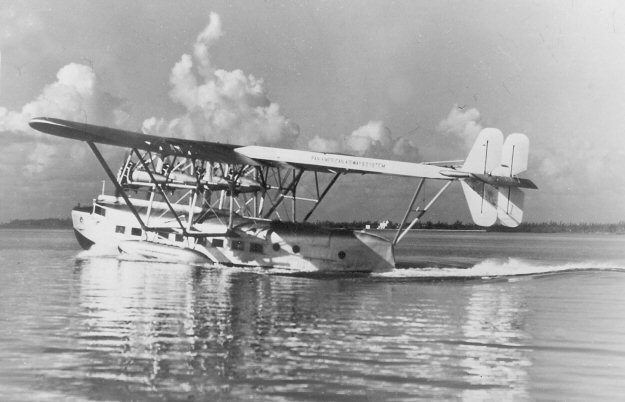 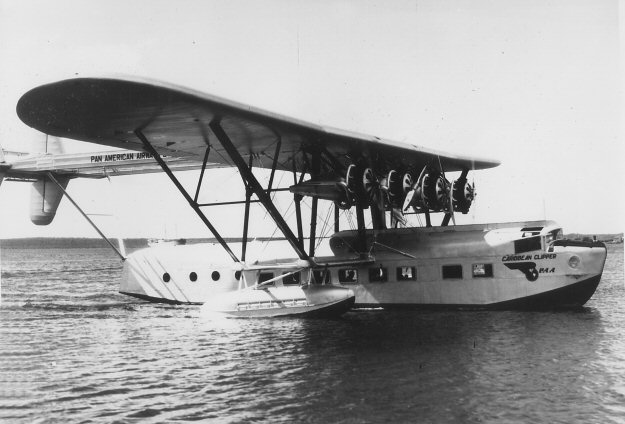 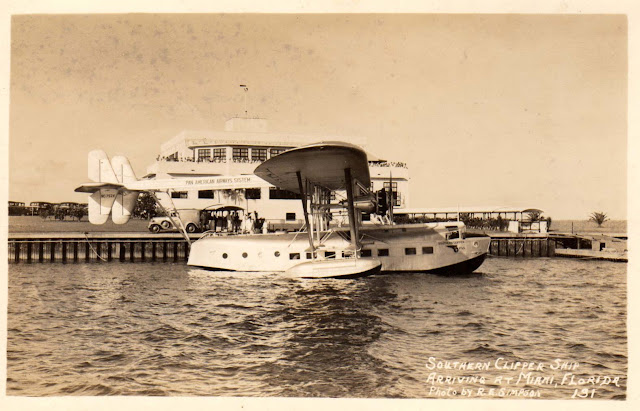 An ungainly and awkward looking aircraft, the Sikorsky S-40 was the first of the Pan Am Clipper aircraft used on the route from New York down the east coast of South America. The plane was powered by 4 radial engines and carried 38 passengers in luxury at a stately 110 mph. Three were built and from 1931 till the Second World War they served without incident on that route. More here in the Duke's previous post and from Popular Science 1931


The aircraft played a bit part in the 1933 movie Flying down to Rio.
From Jitterbuzz, "The next to the last scene takes place aboard a luxury PanAm Clipper. Julio drags Belinha away from her omnipresent chaperone and races headlong to catch the next Clipper departing for the USA since (he says) they can be married immediately by the Captain (Pilot). When they board the Clipper (through the unusual marine hatch shown in the photo), the reluctant Belinha is stunned to find Roger in the plane. Julio breaks the engagement so that the lovers can be married. He then jumps out of the plane and parachutes back to the Hotel."