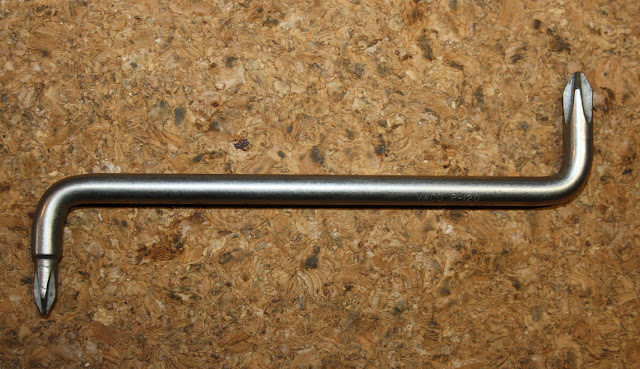 The above two items are the extent of the Vaco tools I've picked up over the years.  The company dates back at least into the 1940's, but I can't find any online information on when or by whom it was founded.

In 1986, Vaco was acquired by M. Klein & Sons of Chicago where it remains as just a brand.  In 2006, Klein demanded wage cuts, leading to a strike.  Klein announced that the Vaco factory was to be closed, with most production moved to China.  Only 11 of the 127 workers would be retained in the new organization.  The surviving employees would see their health insurance benefits disappear, and their wages would be cut from $14.80-19.25 down to $9.75. The union rejected this proposition, and "production" (which now consists of placing chinese made rubber guards on chinese made molded screwdrivers) moved to the Mansfield TX "Advanced Manufacturing Facility".

Vaco was a top quality tool in the 1970's. They also maufactured the Craftsman brand screwdrivers back then. Vaco and Switches Inc. were owned by the same Chicago based investors in the late 70's.

I'd love to add it to the post, you can send pics to gerald@vanwyngaarden.ca Thanks!