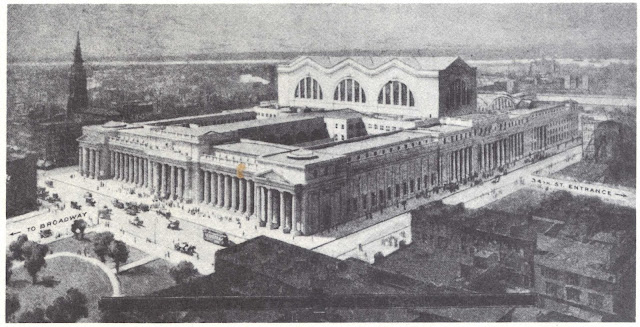 Pennsylvania Station at 33rd and 7th in Manhattan was completed during 1910 as the new showplace terminal for the Pennsylvania railway and its newly constructed railway tunnels under the Hudson and East rivers. The outside was said to be a copy of the Baths of Caracalla in Rome while the inside concourse appeared to be a representation of London's Crystal Palace. The Beaux-Arts styled  structure dominated that part of the city till, in a fit of urban renewal it was knocked down and replaced with Madison Square Gardens and a 24 story office tower. The underground railway lines remained in service during construction and continue to this day.
Contentious when it happened, the demolition is still considered by some to be a monumental act of vandalism. 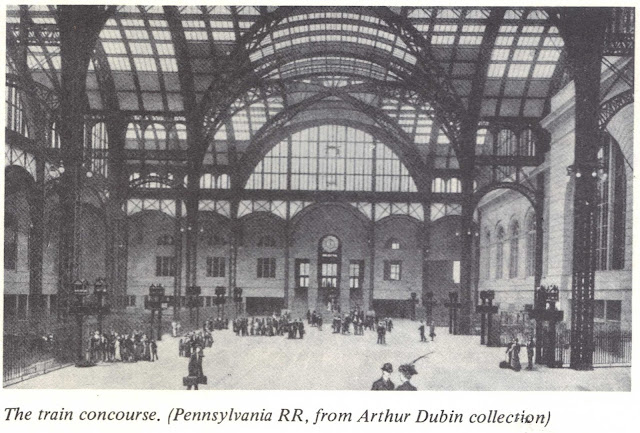 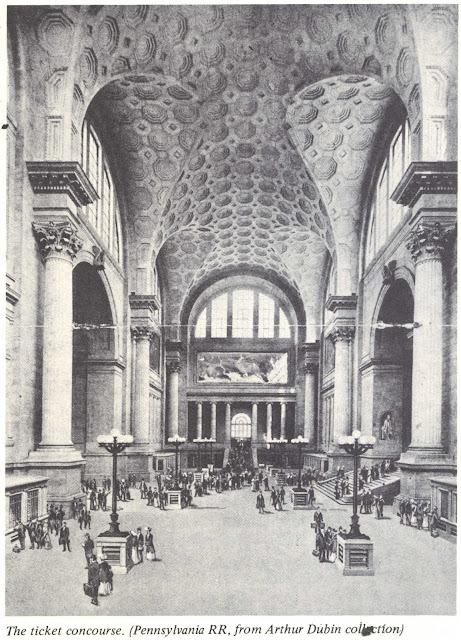