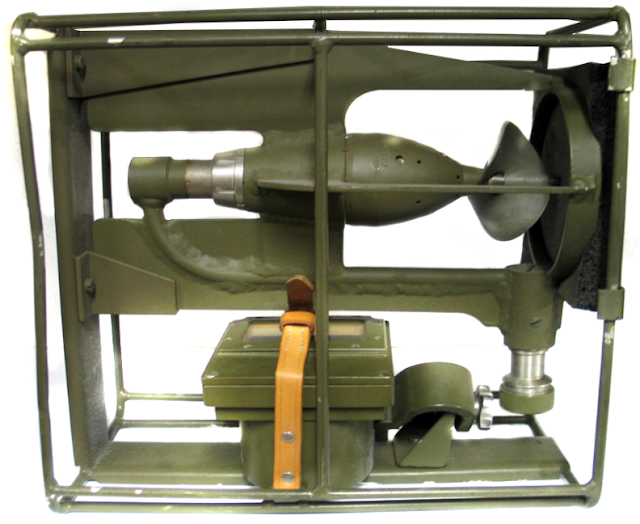 A reader sends in this device, bought in Germany decades ago. It looks military, but by the colour, maybe not navy? No name on it anywhere, just the serial number. It comes in a carrying rack about 50x 50x 25cm in size, has a substantial mounting shaft and an ammeter. It might be a thrust motor of some sort, speed measuring device, or ???? 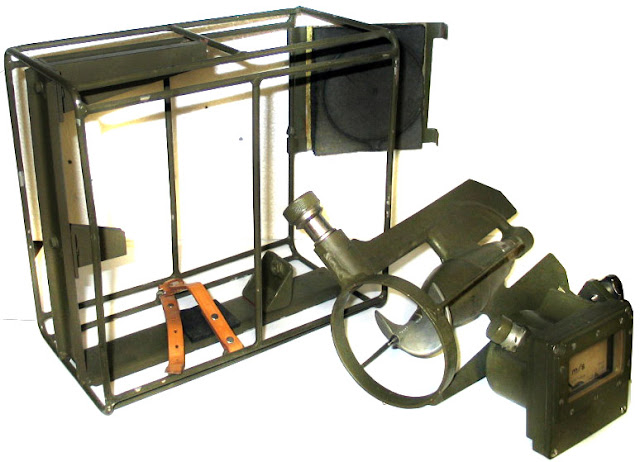 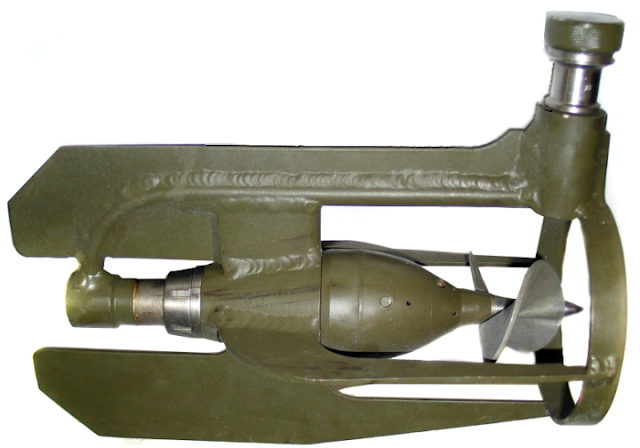 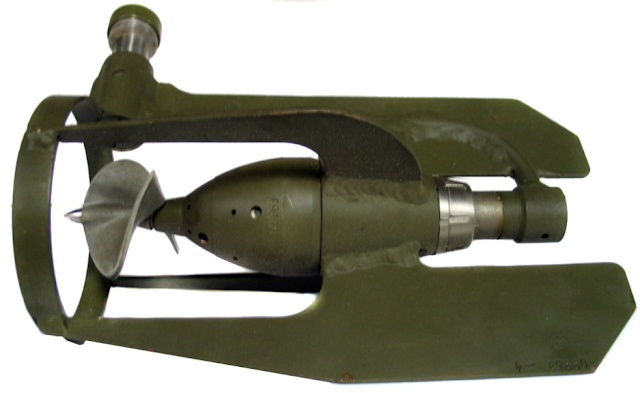 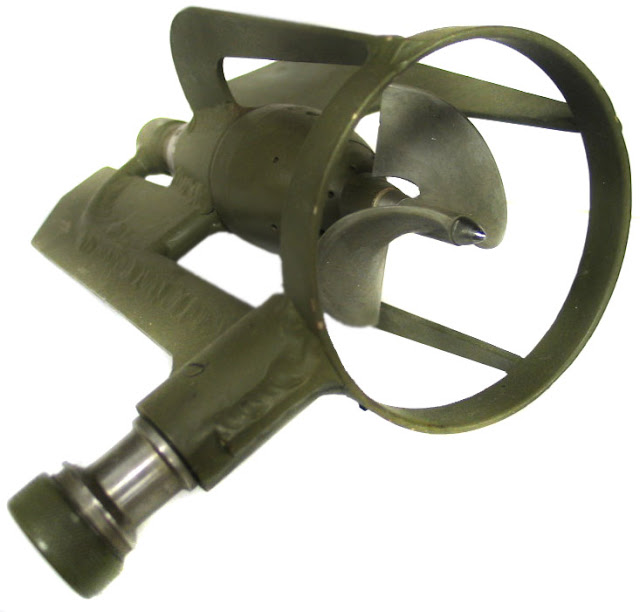 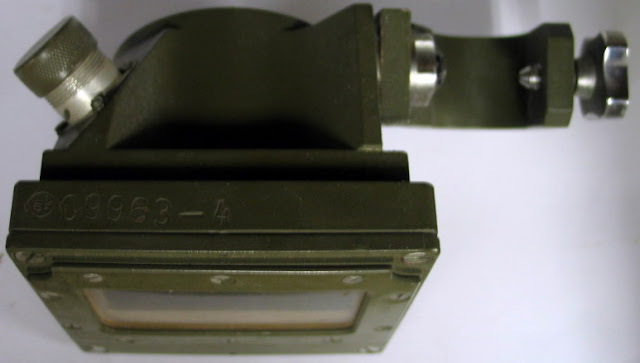 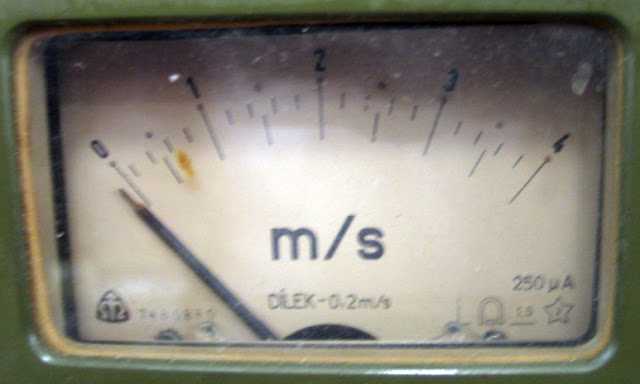 It appears to be some sort of vessel's tafrail log knot meter? The meter clamps to the rail and tows the spinning propeller behind via cable. The spinning cable turns the meter. I can't see the rear of the prop so hard to really know.

I see after rereading you said it was an ampmeter, I thought knot meter but I see you are right so disregard my previous comment!

One last comment .I think maybe I was close the first time.Not an ampmeter but reading in meters/second. M/S 1 meter per second being about 2 miles per hour. Suitable for speed readings of a sailboat.

The fine graduations, the low speed range, and the choice of unit (if they are meter/second) make me think of hydrology rather than sailing.
Looking up "antique hydrological flow sensors" turns up some similar-looking contraptions.

Other clues (?), the logo on the meter, reminiscent of many Ottoman "recurve bow & arrow" symbols, the name DILEK, common in Turkey, and a historicaly strong Turkish immigration in Germany. Who knows ?