Messerschmitt Me109, German and Spanish versions

The Me 109 at the US Air Force museum (above) was originally a Spanish HA-1112-M1L acquired in 1966 but was converted to BF109-G configuration by museum teams in 1982-83.
Variations on the Me 109 continued to be built in Spain after WW2, albeit with Hispano Suiza and Merlin engines, giving the cowl a different look as both those engines had the cylinders pointing up.  The German models used a Daimler Benz inverted V12, locating the exhaust pipes much lower in the fuselage.
Genuine German 109s were understandably rare after WW2 and collectors who wanted one snapped up the only thing available, the Spanish ones. The Canadian Museum also has a Spanish Hispano HA–1112–M1L shown below in Spanish colours, no longer on display now that they have a Messerschmitt Bf 109F-4, acquired in a trade for one the Museum's two Messerschmitt Me 163B Komets. 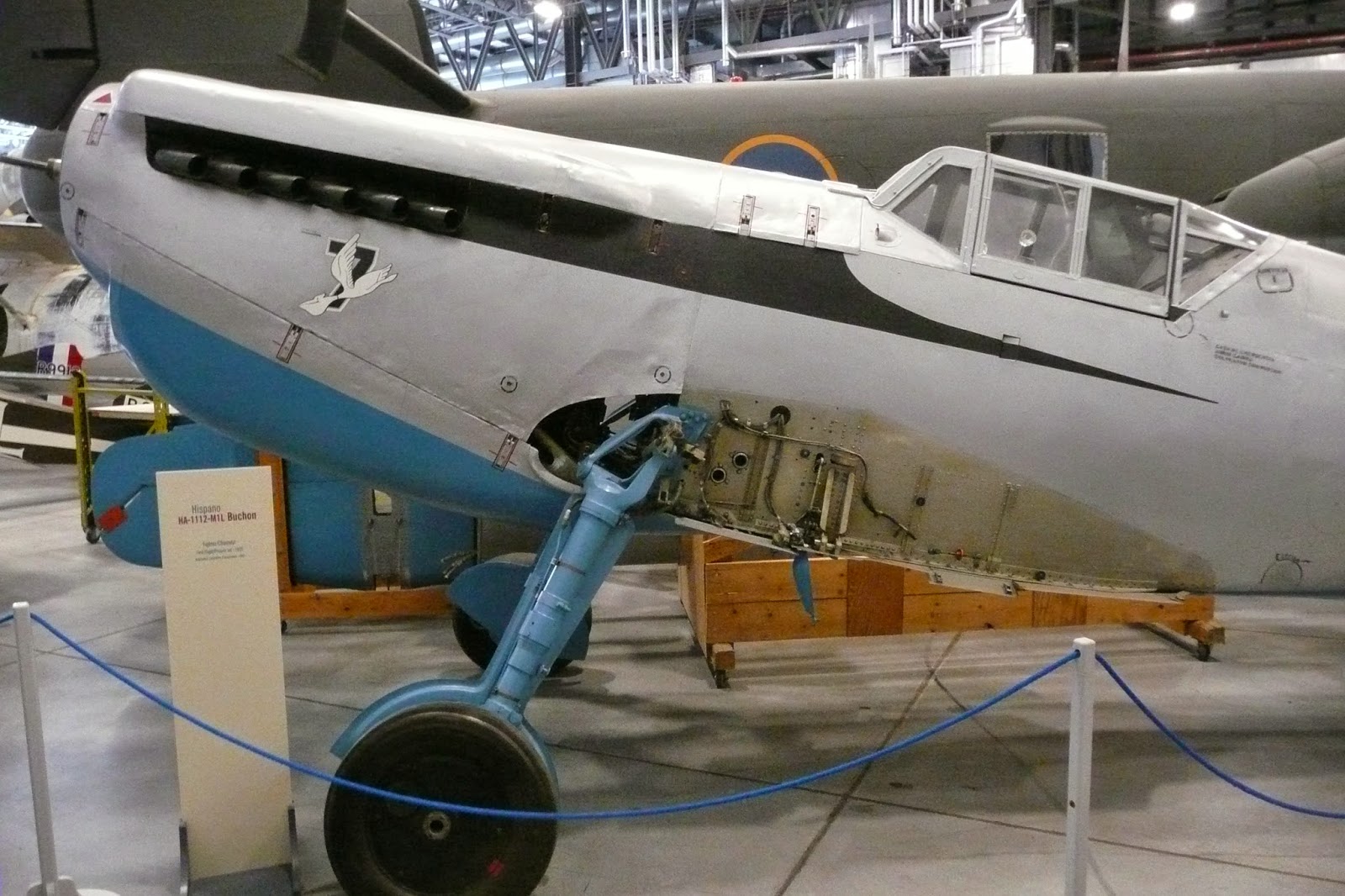 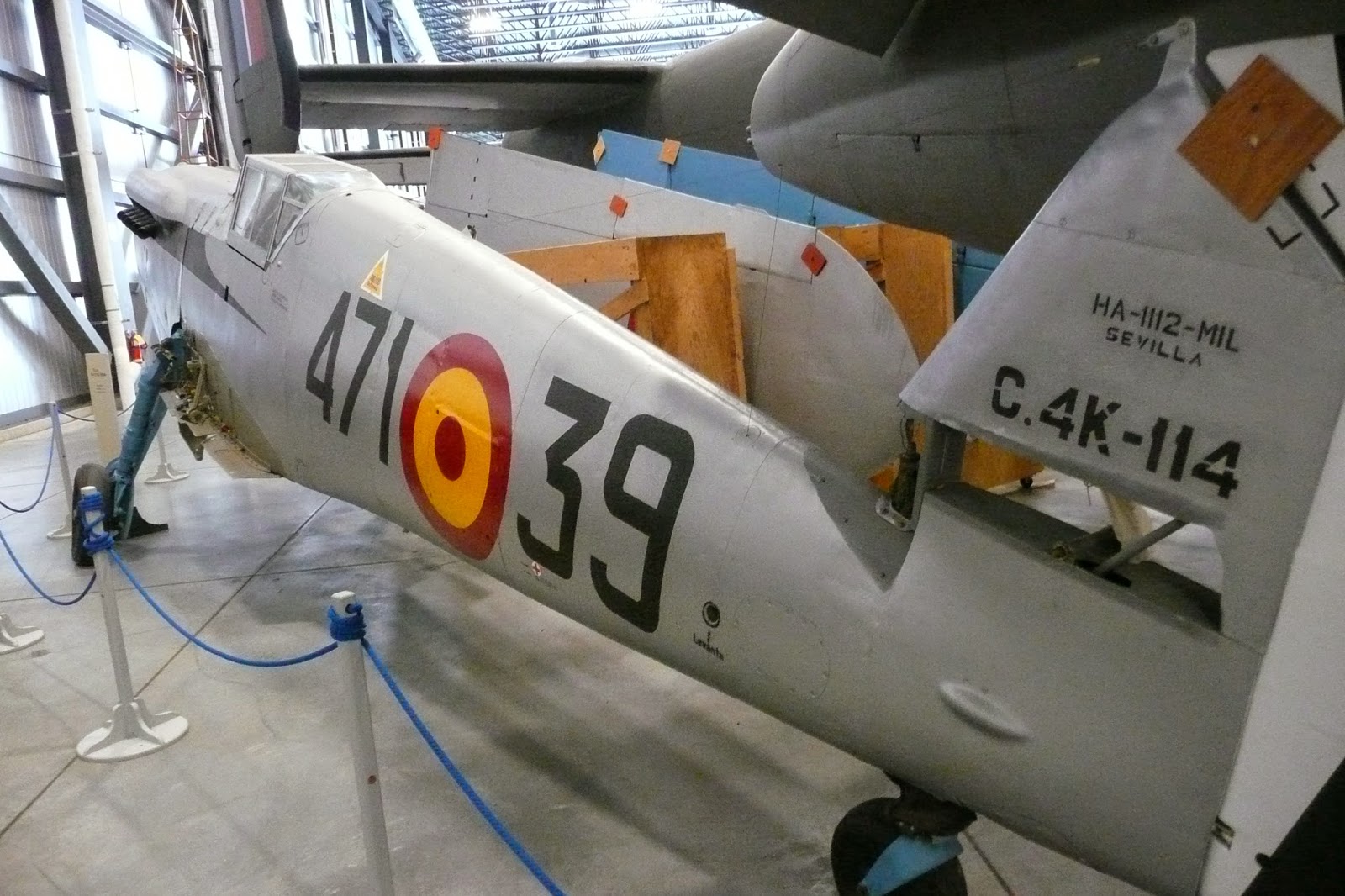 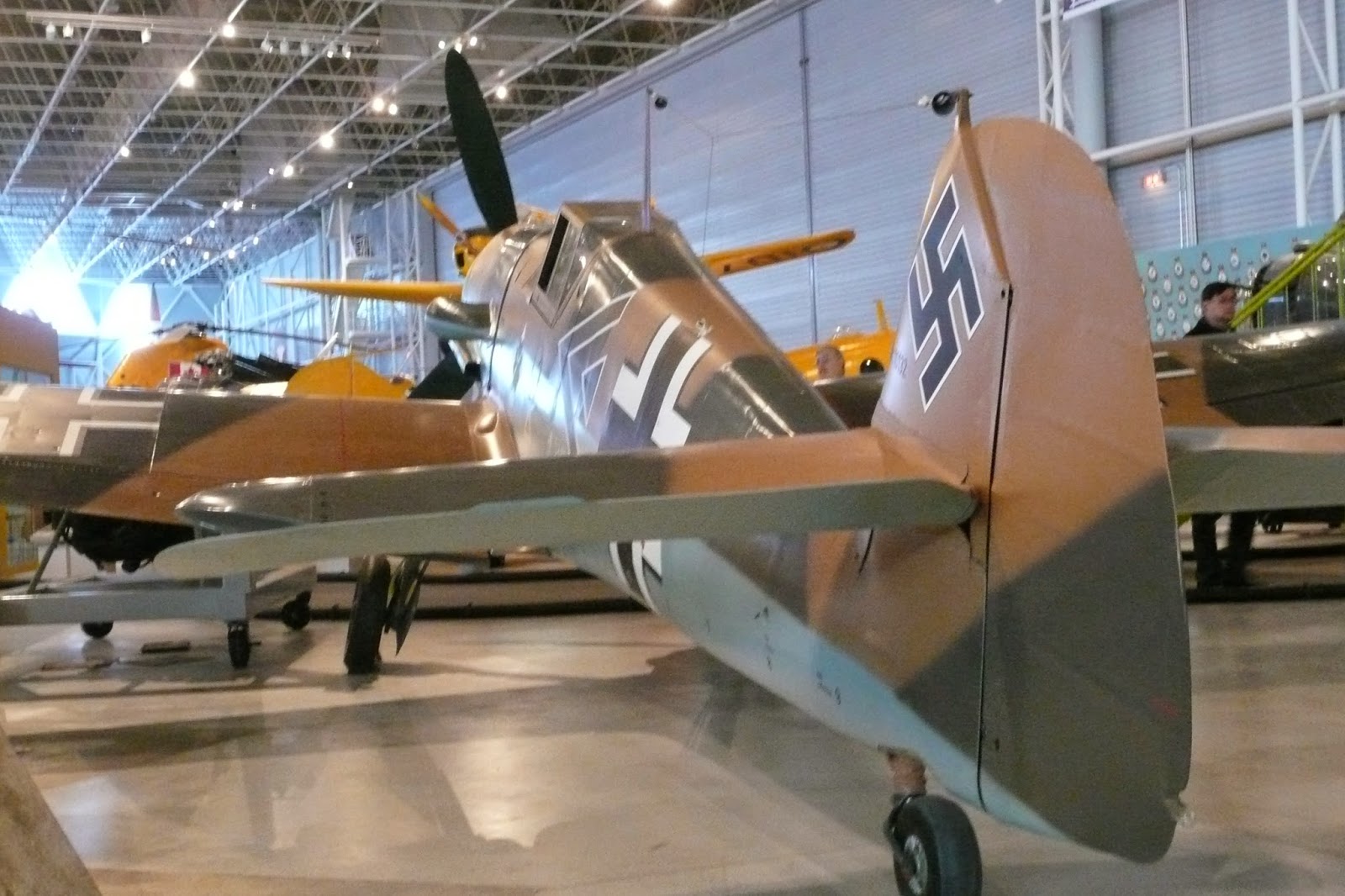