The wreck of the SS President Taylor 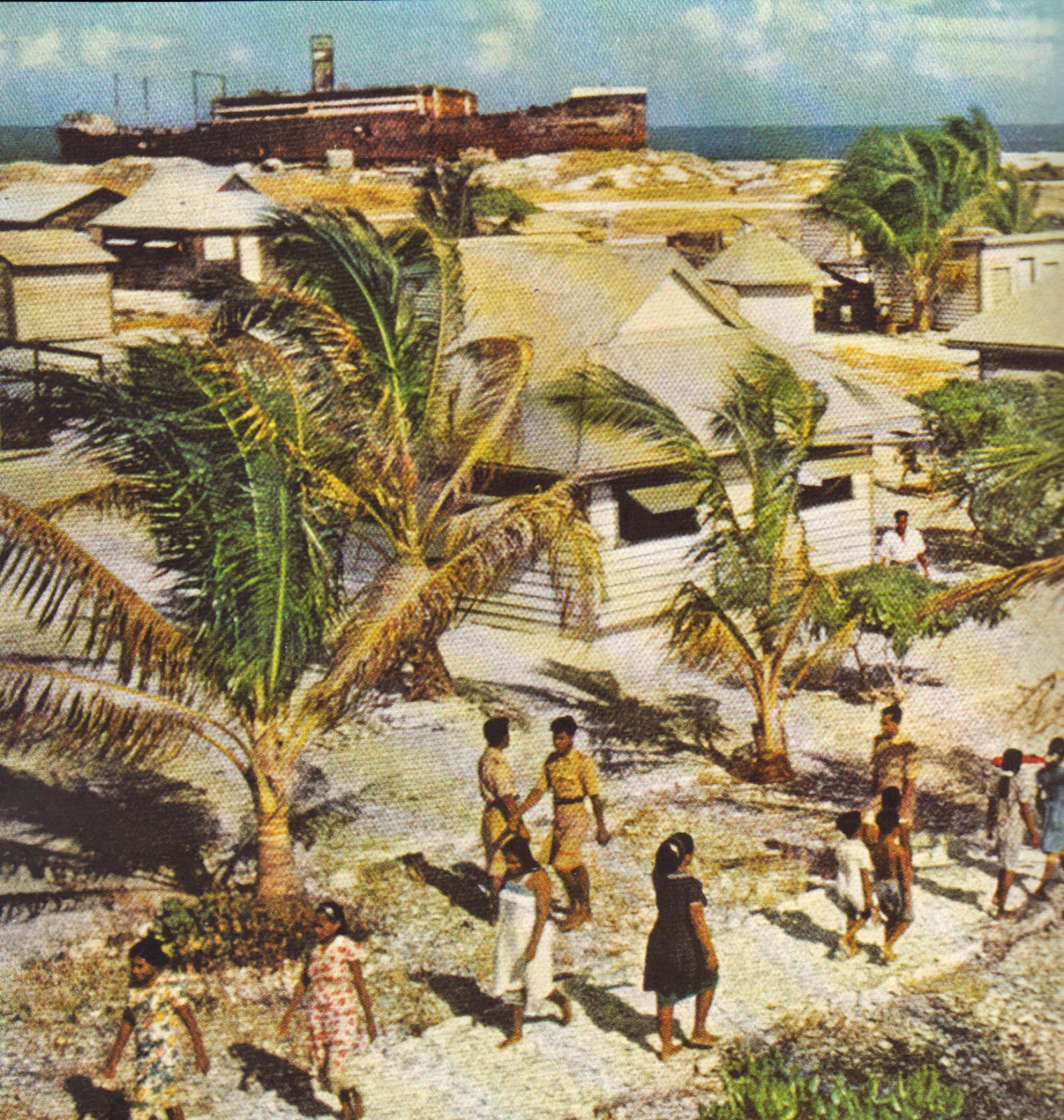 Shipwrecked on a desert island? Not quite, but this photo in the January 1955 National Geographic caught my attention.
During February 1942, in an effort to reinforce islands vital to communication with Australia, the troop carrier SS President Taylor was offloading men and materiel on Canton island (located about halfways between Hawaii and Fiji) when it ran aground, possibly due to the anchor slipping. Despite attempts at salvage, it was abandoned in May of the same year. It served as a local clubhouse till it caught fire which destroyed the interior. In 1952 the remains of the ship were sold to North Coast Corporation, and scrapping began in 1954.
http://wikimapia.org/11342122/Wreck-of-SS-President-Taylor-1942
Posted by Mister G at 10:18 PM