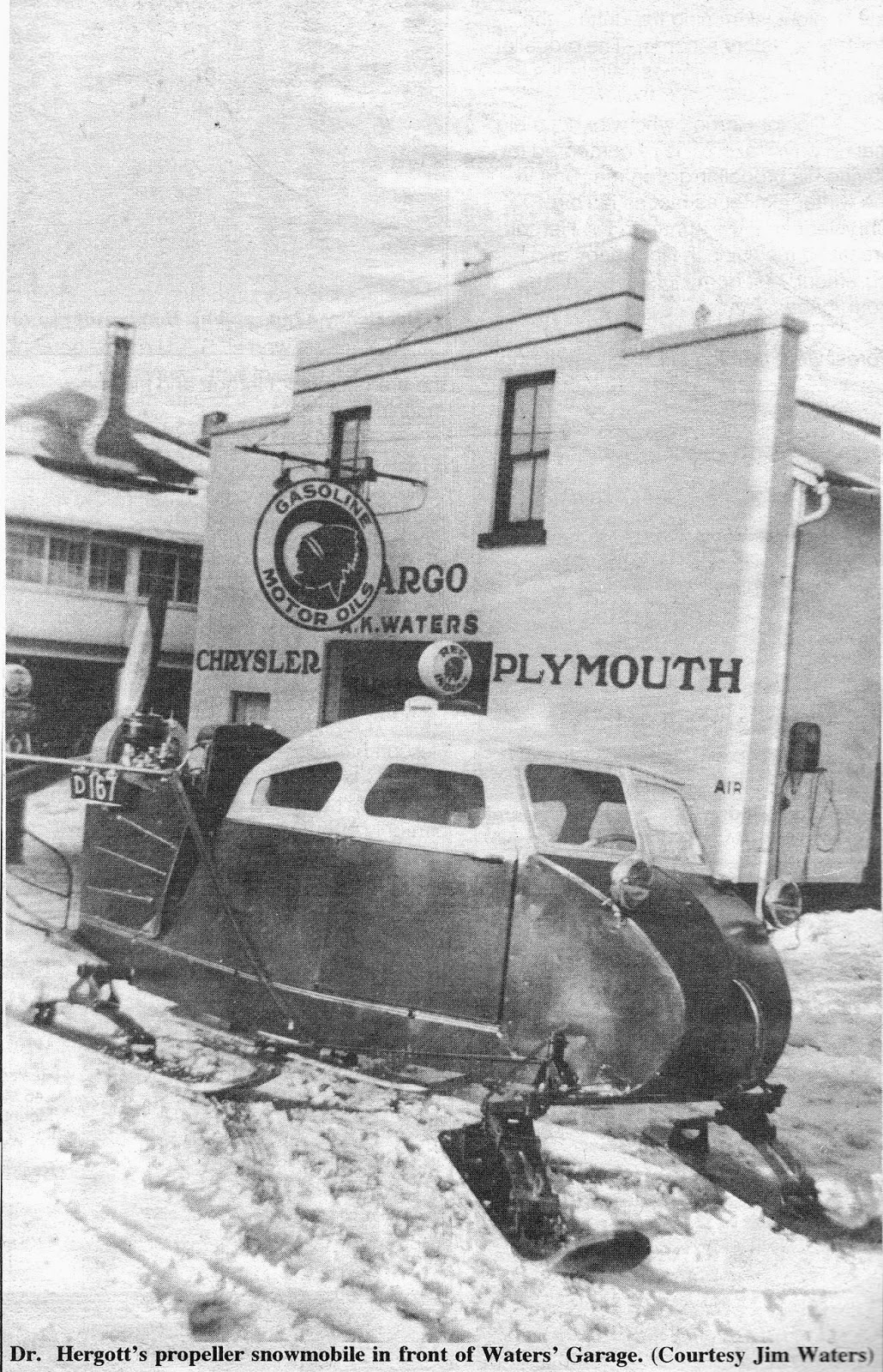 According to "Those doctors and their flying snowmachines" (Homer.  Mount Forest Magazine. Number One, 1994), these conveyances made their appearance in the Mount Forest area in the 1920's and had pretty much disappeared by the 1950's, as better roads and automobiles made them unnecessary, and perhaps as doctors stopped making house calls.

Local residents remember them as looking like wingless airplanes flying backwards, and described the noise they made as similar to an aircraft taking off and terrifying the local horses.  The photo above is of a snow machine designed by Dr. Jerome Hergott in 1940 and made by the Hergott Machine Shop of Mildmay.  Quite the talented guy--physician as well as engineer!  (Dr. Hergott passed away in 1980 at the age of 76.)

Below, Dr. Argue's 10-person Bombardier he brought home from Quebec. 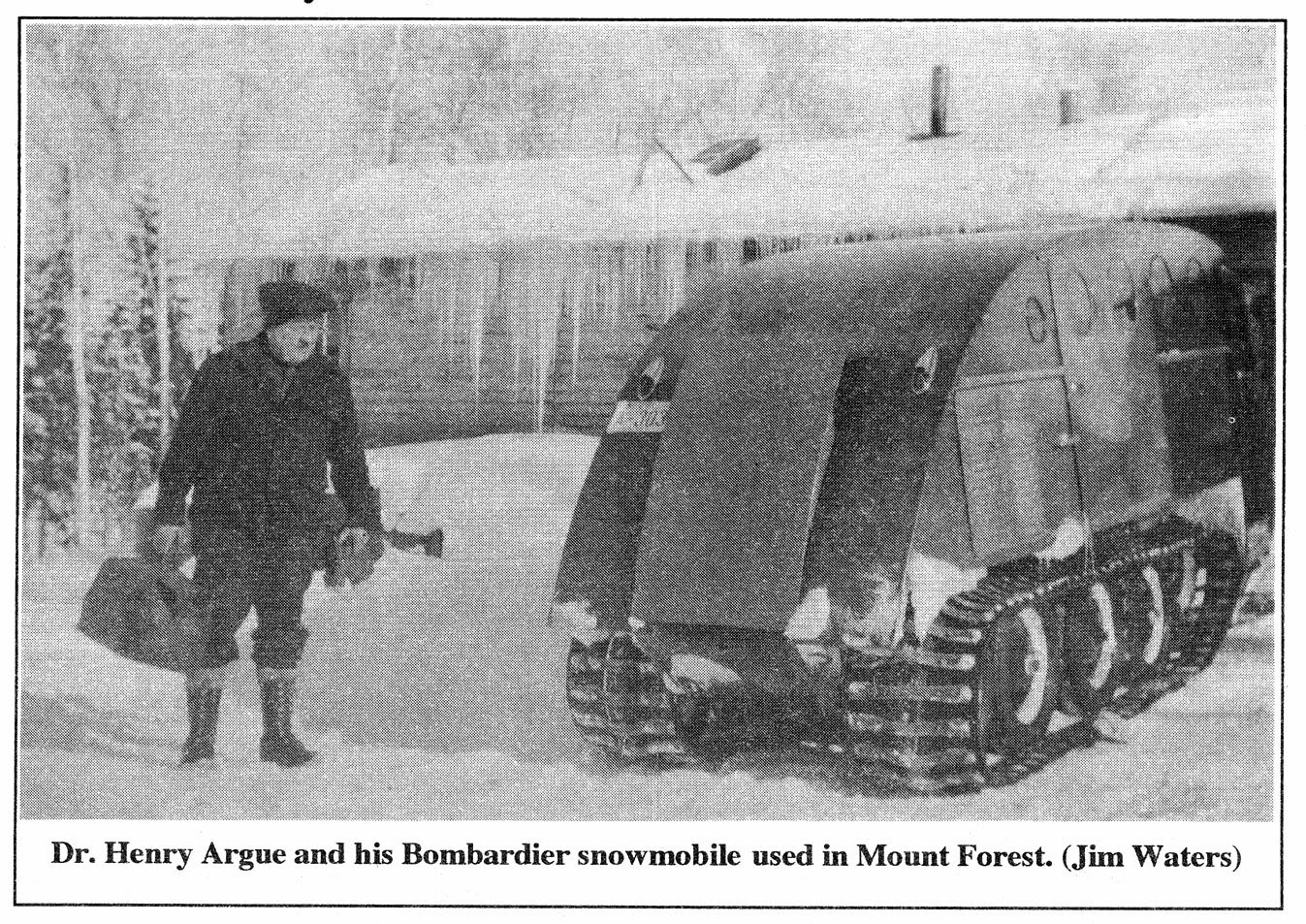