We used to make things in this country. #185: The Otterville Manufacturing Company, Otterville, Ontario 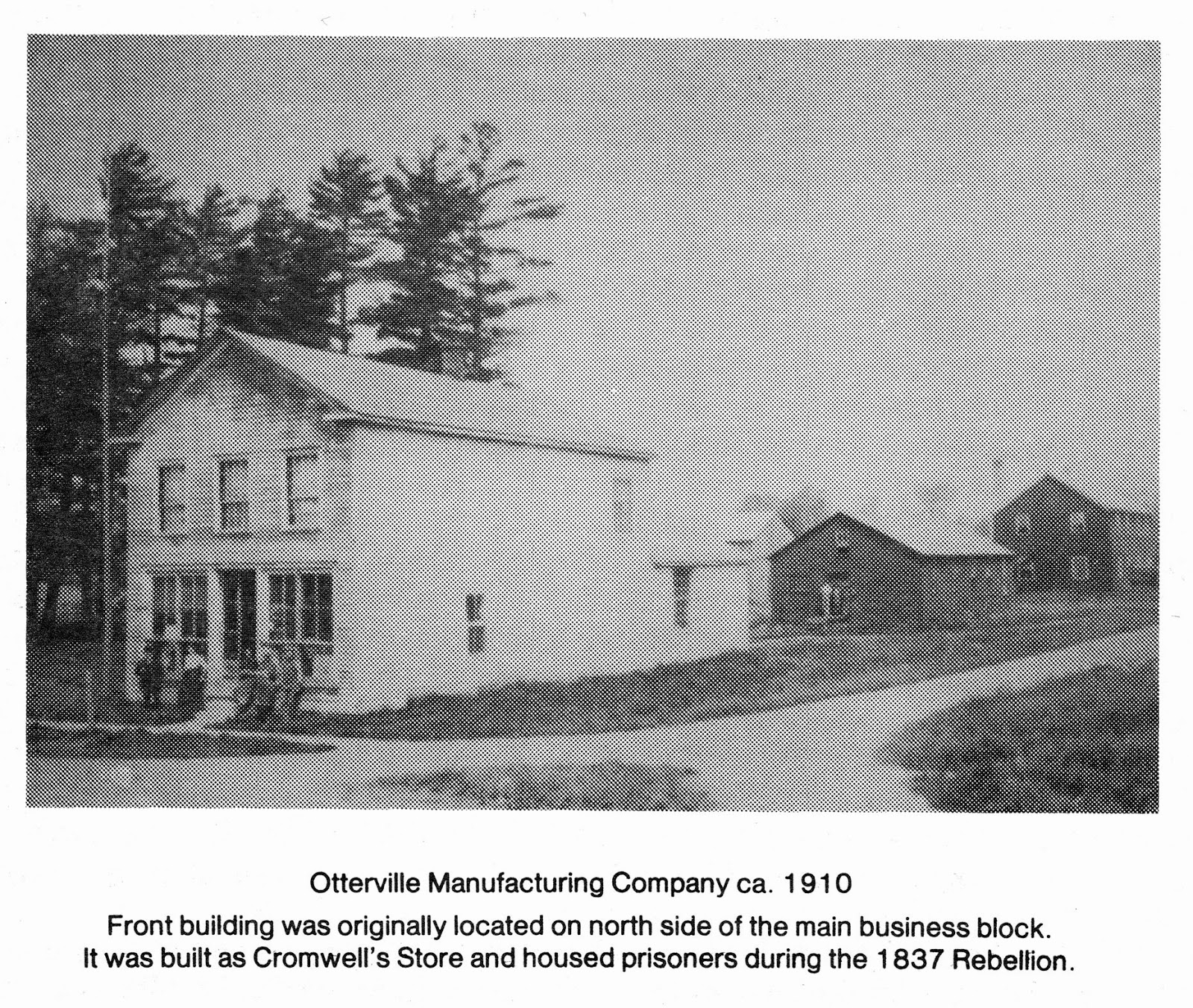 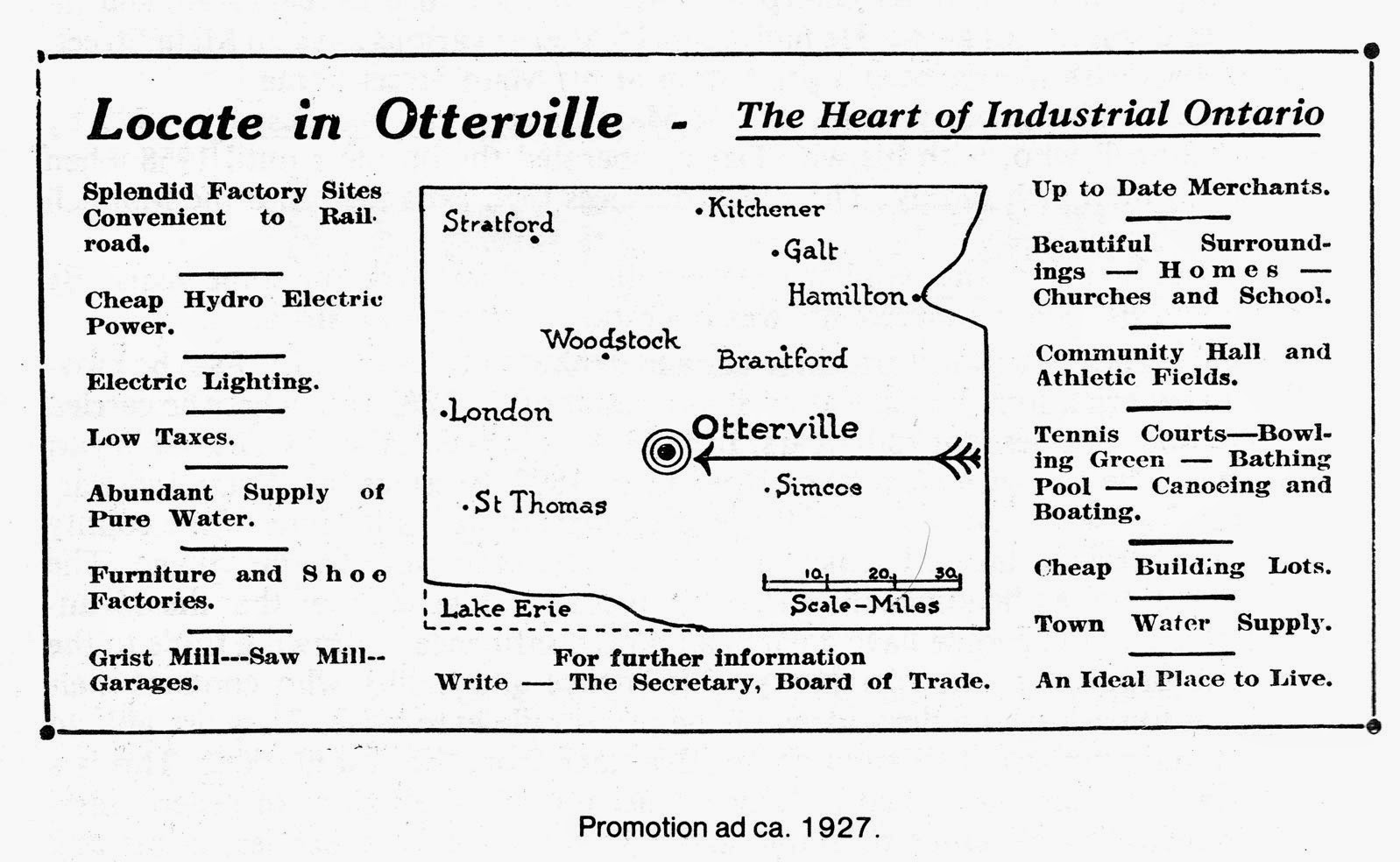 My suggestion for a better slogan:  "If you don't have a business here, you otter!"

As the timber around Otterville was cleared, the town was poised to collapse except for the efforts of H.E. Bullock and J.E. Bullock of Chicago and F.G. Bullock and W.F. Kay of Otterville who founded the Otter Sweeper Company in 1879.  This firm produced the first carpet sweepers in Canada. By 1898, three models were offered:  the Star (for $2), the Ruby ($2.50) and the Pearl ($2.75).  The company also made step ladders, corn shellers, corn planters, piano stools and baby carriages.

The company was associated with the Illinois Malleable Iron Works, selling items from the Chicago plant through the Otterville location, including post hole diggers, wire fence stretchers and pumps.  The Illinois Malleable Iron Works was established by H.E. Bullock in 1880 in Rochelle Illinois, but moved to Chicago in 1884 where it took its final company name.  An 1886 fire destroyed the factory, most of the patterns and a great deal of the machinery, but a new factory was built and at its height it was employing around 400 men.  It seems to have folded in 1937. The company had a Canadian presence in Guelph, Ontario--the International Malleable Iron Company--which operated between 1912 and 1990. 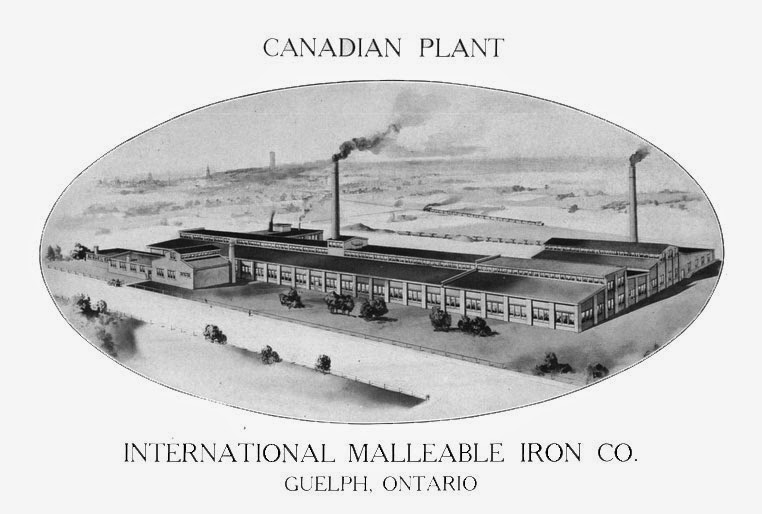 Eventually, the Otter Sweeper Company became the Otterville Manufacturing Company, selling English bicycles and general wood products.  When F.G. Bullock passed away, the plant was shut down in 1932.

Today, the company is remembered today in two ways.  Lee Valley Tools makes (in Canada!) and sells a modified version of the Otterville piano stool mechanism.  In 2013, the Otterville township council agreed to rename New Street as Bullock Street. 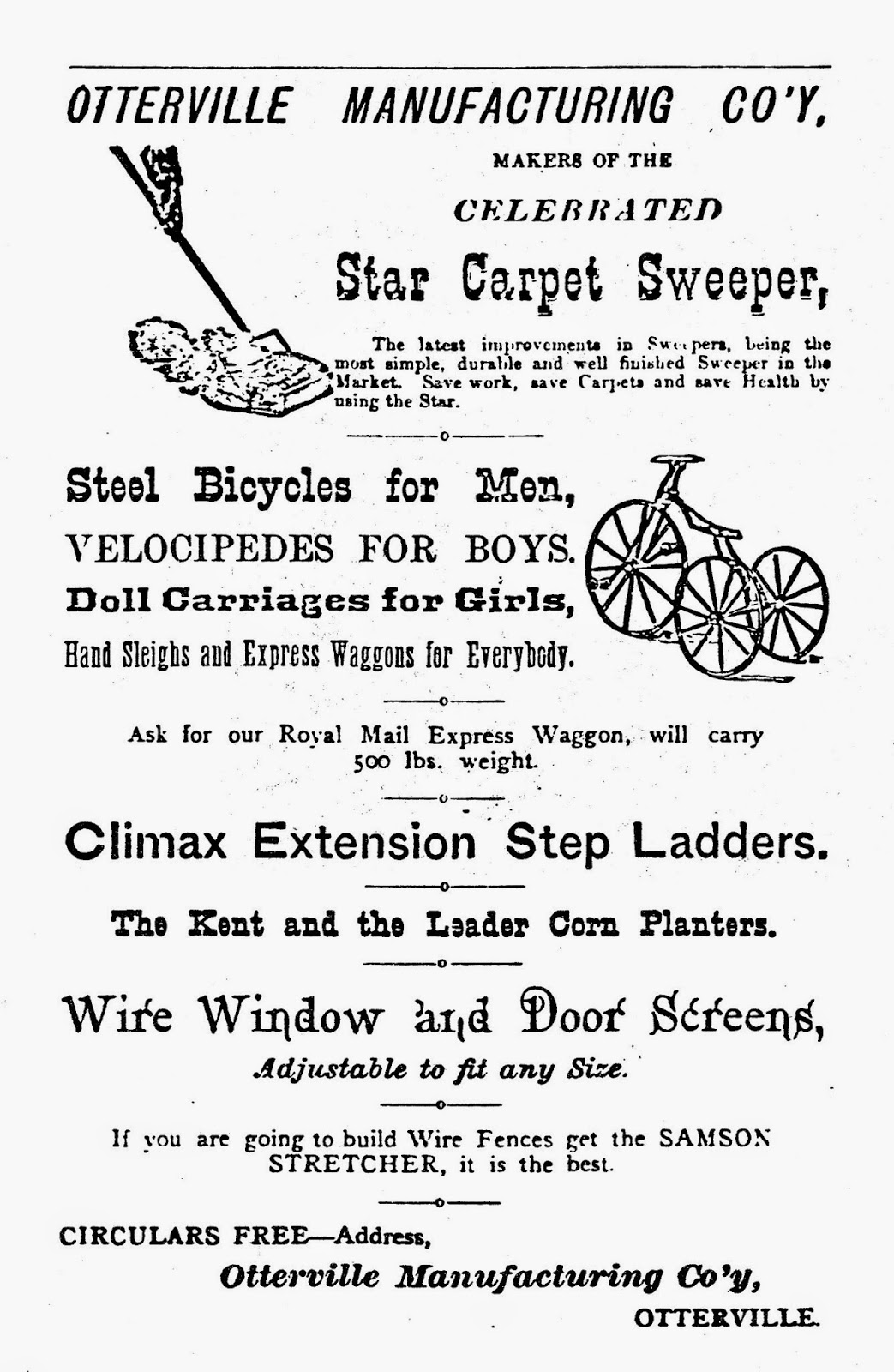 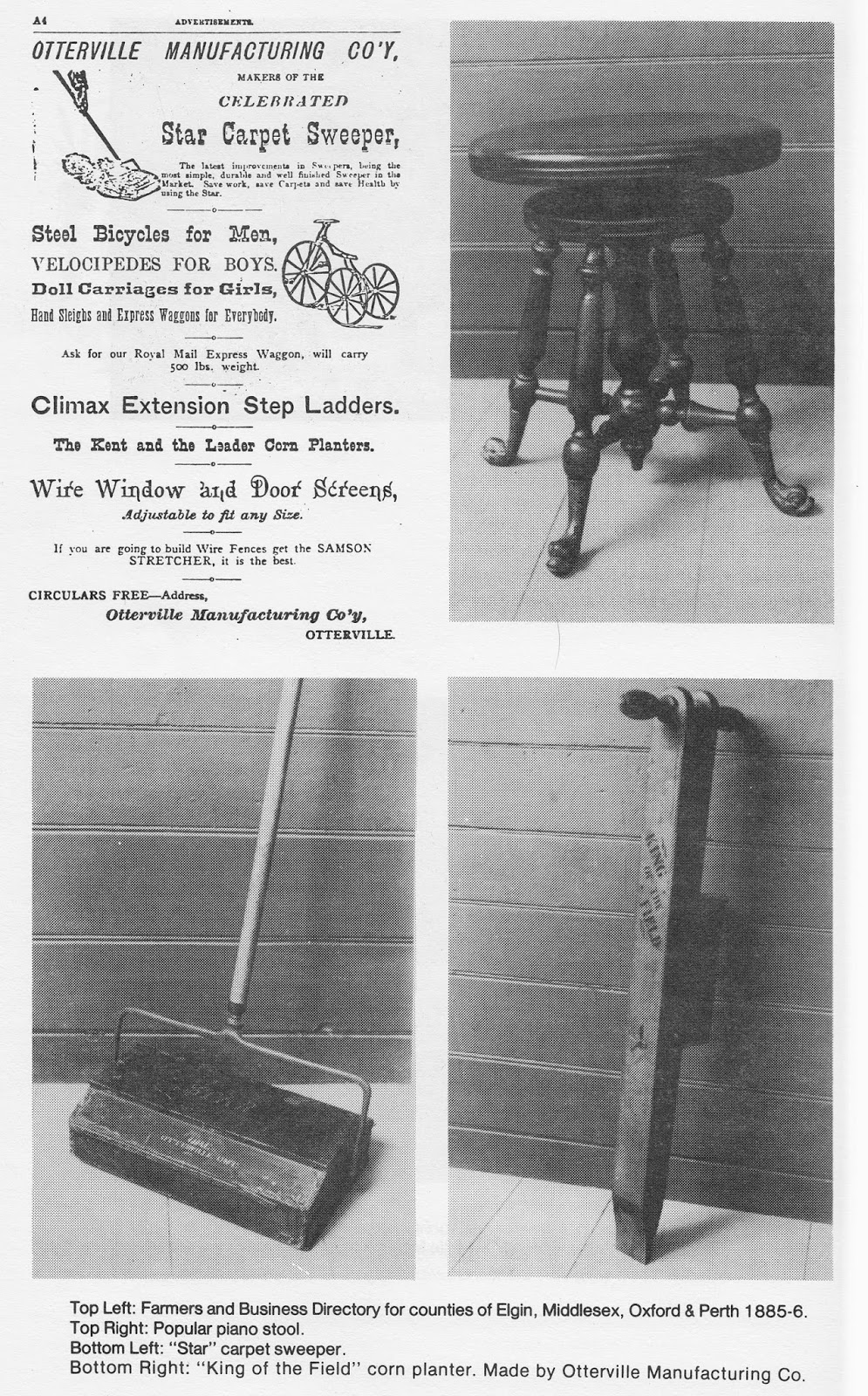 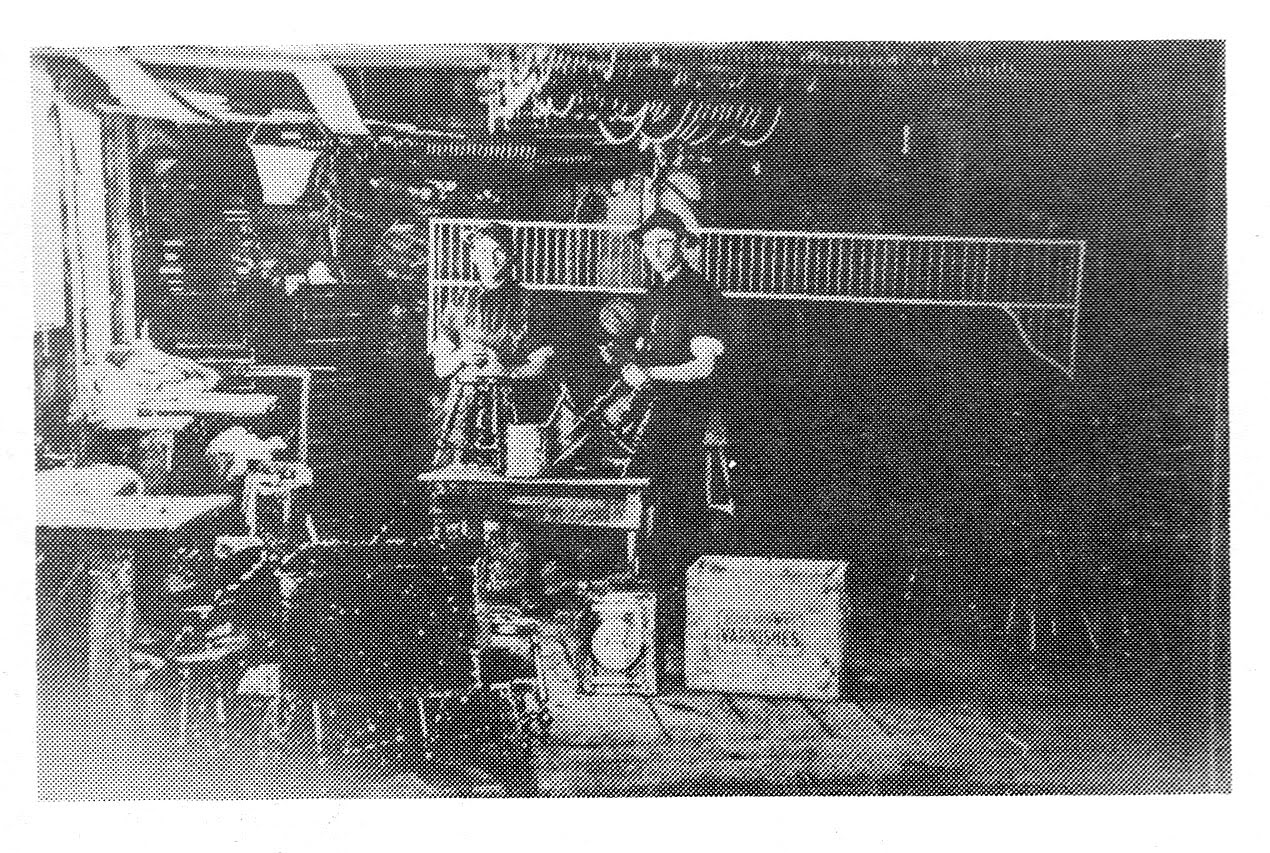 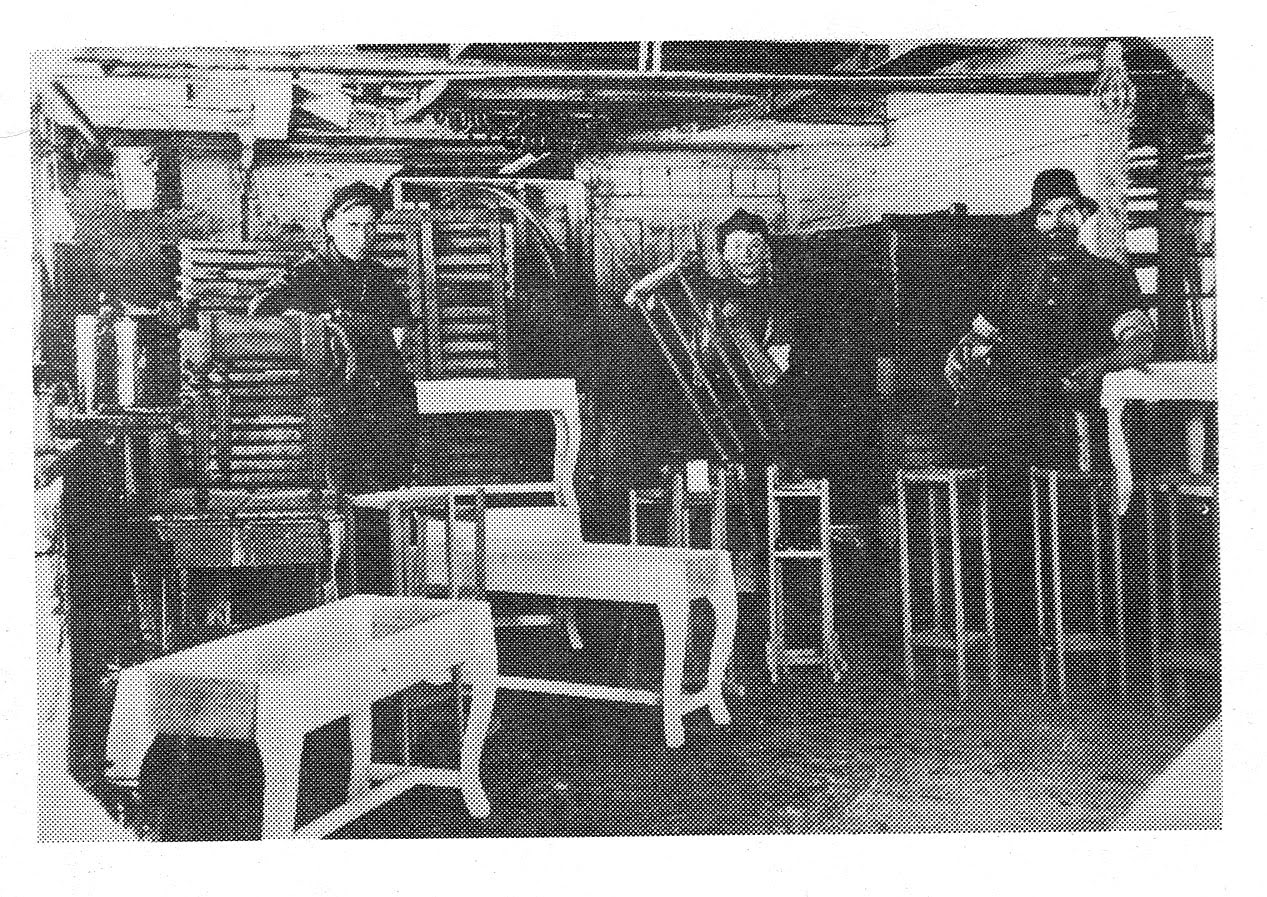 Information and images taken from South of Sodom. The History of South Norwich.  (South Norwich Historical Society, 1983.)  I found the book in a Trenton, Ontario thrift store and bought it for this entry, since I'd never heard of the company before.

The town of Otterville was given the name of Sodom by the local Quakers, due to the presence of a tavern. Now part of the township of Norwich, one claim to fame is that Hulda Randall Minthorn, the mother of the 31st president of the United States, Herbert C. Hoover, was born in Norwich's Quaker community in 1848.

Postscript.  After I wrote this draft, I happened to be passing an old piano stool in my house that we've had for ages: 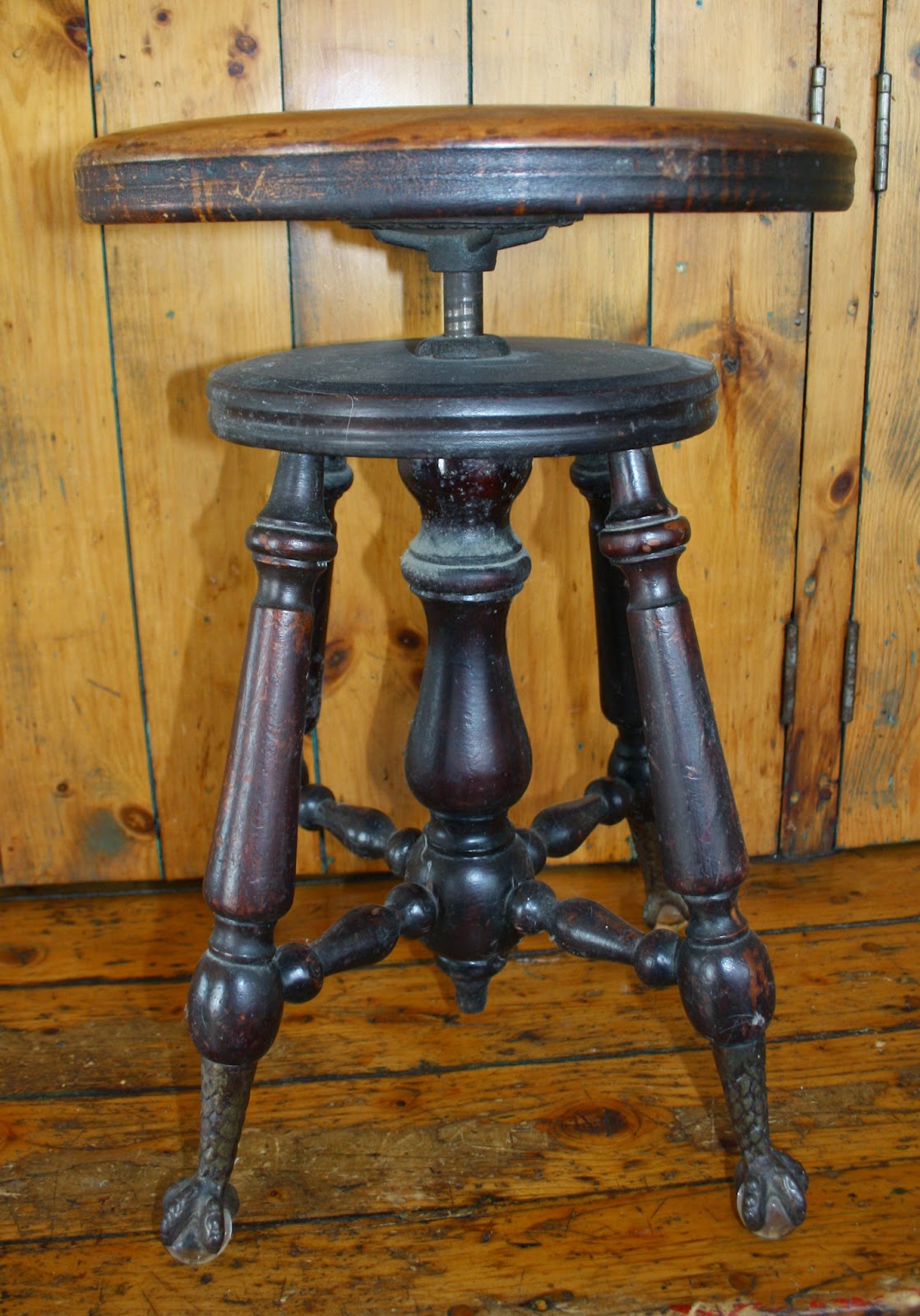 Out of curiousity, I looked under the seat.  Yep! 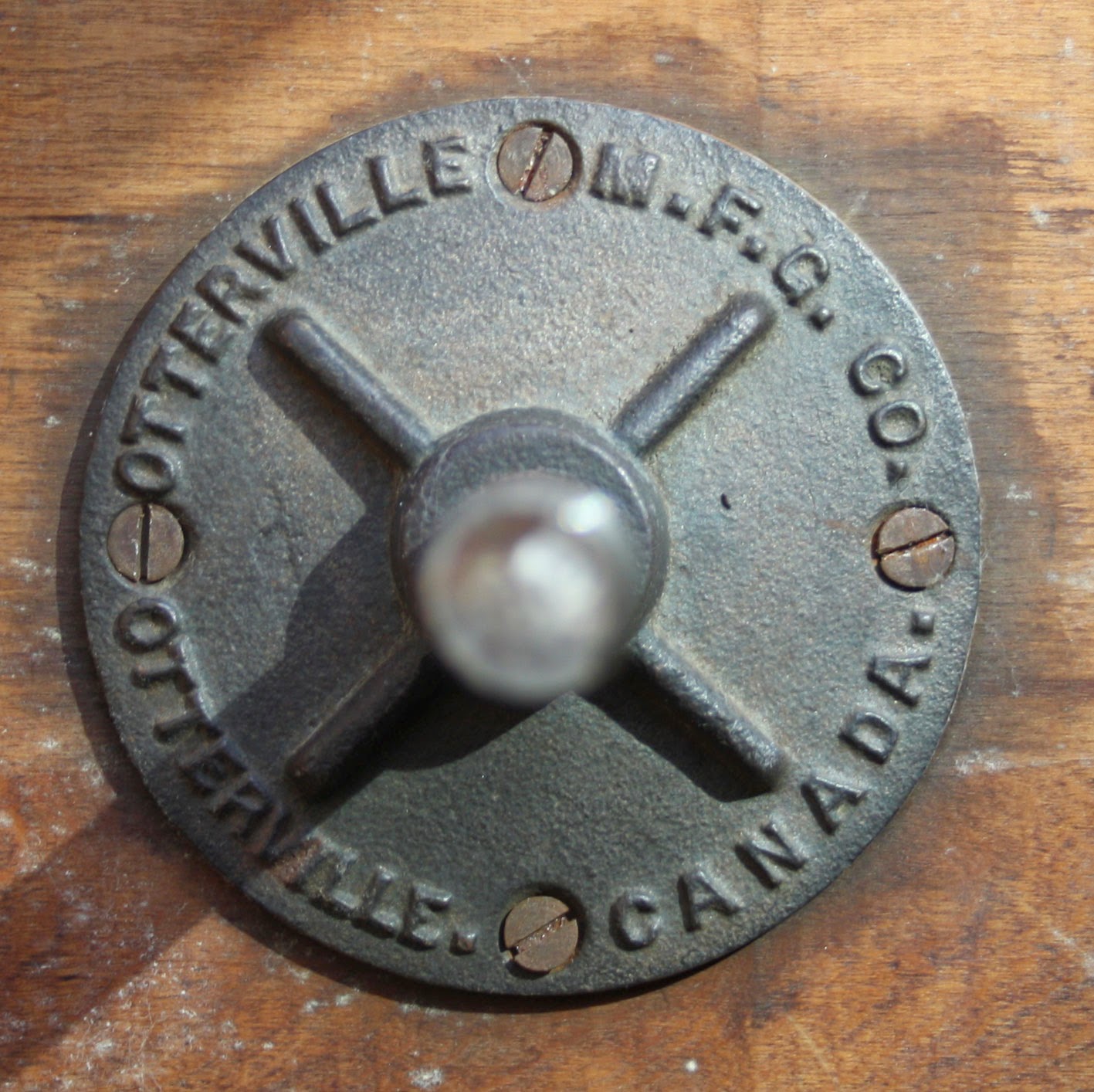 I have the exact stool. It was my wife's maternal grandmother's. Many years ago someone stripped the finish off and did some joint repairs. It never got refinished so now I have the opportunity to re-glue all the joints and refinish it to it's original look. Thank you very much for the background on the company as it helps me to establish its age. Glass balled feet were very popular in the 1890's and changed to solid metal around 1900 so your research fits right in.

Thanks for your comment! Nice to see things in common useage 100 years after being made.

What would the value be for one same as the one in the flyer?

Seriously? It's not enough that we've been kind enough to provide you with information on your item for free--now you want a free evaluation in order to sell it and make money?! And not even a thank you for the information we did provide. You really need to re-evaluate your attitude.