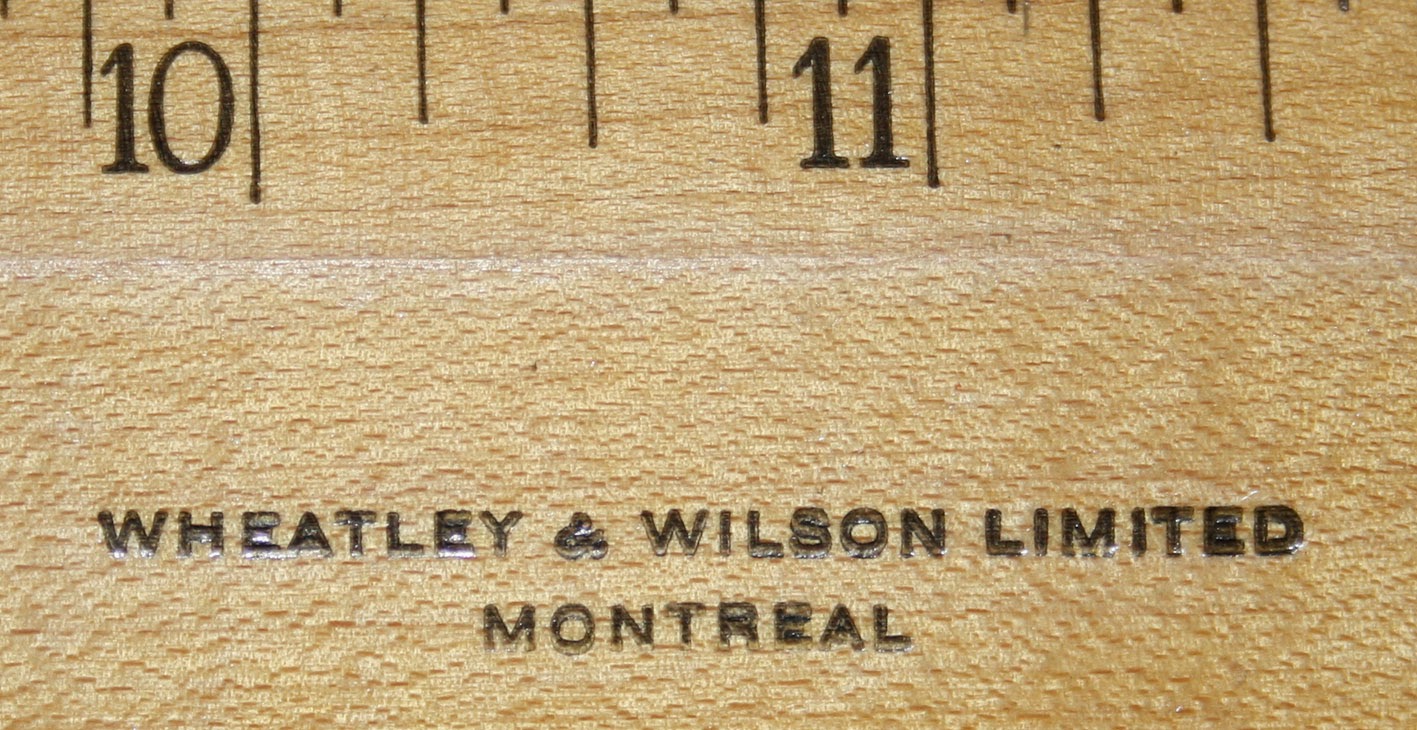 A "Truline Steeledge" ruler made by the Acme company.  It may have been a promotional item for Wheatley & Wilson.  On the other hand, it's curious that their W&W logo is located where it is.  This suggests that they may have had a hand in the ruler's design or manufacture.

From what little I can discover online, however, Wheatley and Wilson appears to have been a printing company involved with The Gazette newspaper. Their web presence today is limited to their involvement with an historic Montreal edifice, the Desbarats' Building, which was completed in 1930.

It's interesting how a firm like this can vanish with so little trace.

I was always under the impression that they were stationers.

They were never a printing company. They were a stationary supply company and had no connection to the Gazette. I worked for them from 1976 until they were bought over by Wilson's which was now ed by molsons. After that all trace of the company was erased.