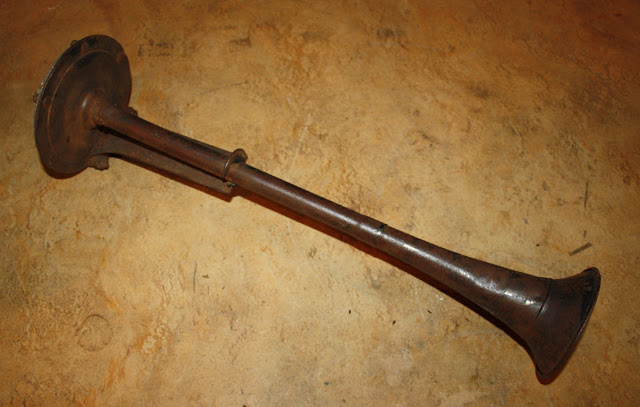 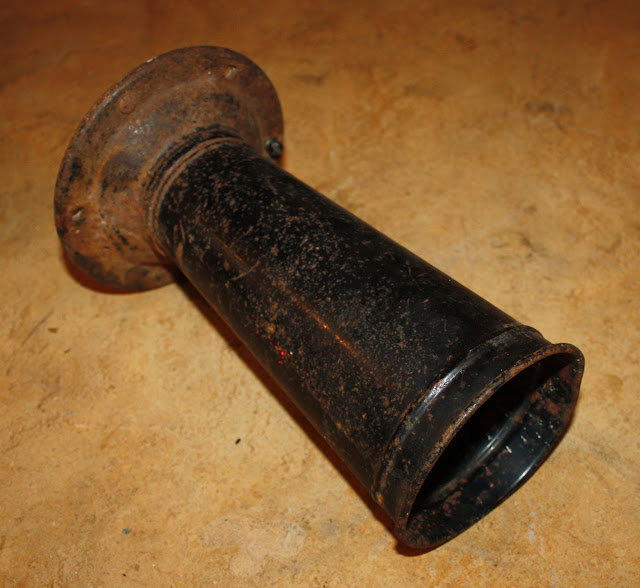 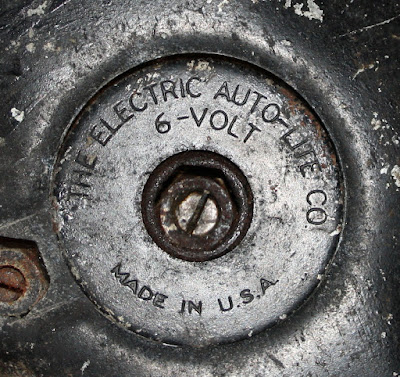 Some serious old car horns that have somehow come my way over the years.  Only the last has any identification:  The Electric Auto-Lite Co.  (Note that it's 6 volt!  Most car manufacturers didn't change to 12 volt systems until the 1950's.)

The Electric Auto-Lite Company was initially a division of the Willys Corporation, making electric starting and lighting equipment.  It eventually branched out to supply parts for Chevrolet, Durant Motors, Overland, Chalmers and National.  In 1922, it was established as a separate company, becoming a powerhouse over the following decades through its acquisition of businesses like the American Bosch Magneto Company and the Prest-O-Lite Storage Battery Corporation.  In 1927, it had more than 4,000 employees in its Toledo and Fostoria plants. In 1935, spark plugs (the product for which the company is best known today) were added to the company's offerings.  By 1945 it was making over 400 types of parts and had become the largest independent manufacturer of automotive electrical equipment. (For a look at the firm's 1940 operation, go to youtube.) Its postwar history is a complex maze of sell-offs and mergers.

LSG Industrial & Office Products, Inc. said...
This comment has been removed by a blog administrator.
September 3, 2018 at 2:22 AM

In the second photo, the dual horn setup. I have the exact same set, that I've recently restored. I have been trying to find this same set up. Are these for sale?

Not sure, I'll see if track them down.