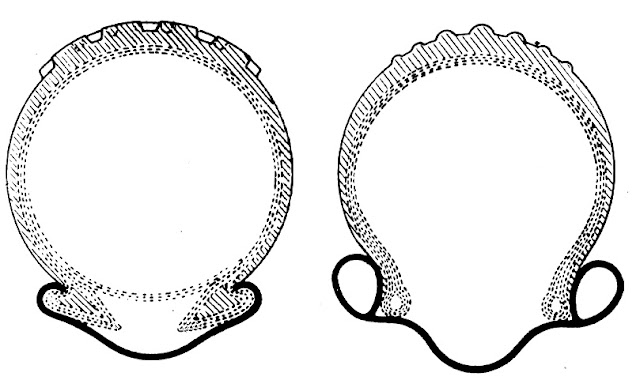 John Boyd Dunlop took out a patent on what he thought was the first pneumatic tire, after he made them for his son's tricycle. Those tires were molded in place, made out of canvas strips and rubber dissolved in naptha and wrapped around a pre inflated tube. Repairing a puncture involved dissolving the whole mess with naptha again. There had to be a better way.
Two methods evolved, both using a U shaped tire with a seperate tube installed. Above on the left is the beaded edge type with undercuts in the rubber edge to lock into a lip on the rim, and on the right, the wire-on type shown on a Westwood rolled bead rim. The bead edge type worked fine till increasing traction put too much side load on the tire, tearing the beads off. The wire-on type- also to become known as the clincher- is still with us.
More here.
Below, manufacturers were quick to recognize the marketing value of a distinctive tread pattern.