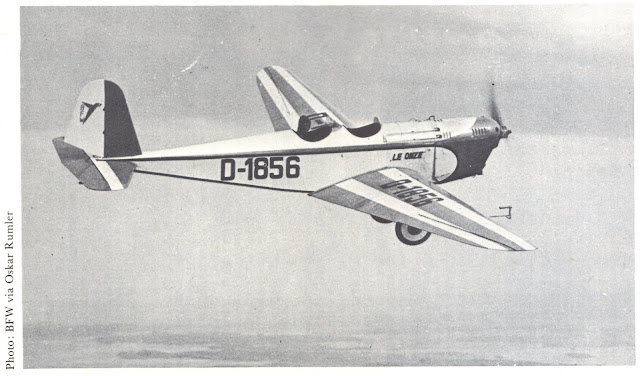 The Messerschmitt M23 was a handsome two place monoplane with acrobatic capabilities, designed in 1928-29. The first engine fitted was a mere 20 hp but succeeding variants used different engines, eventually breaking 100 hp. The aircraft utilized fixed landing gear and featured folding wings. About 100 were made between German and Romanian production. 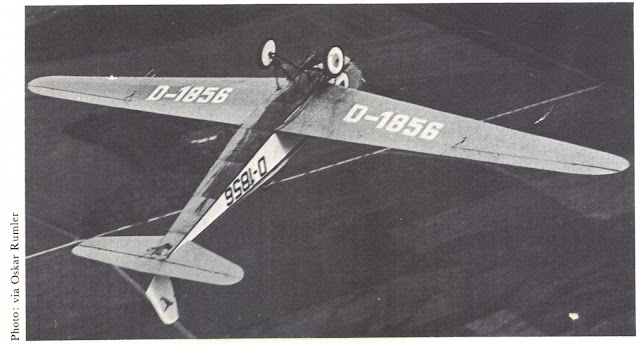 Willy Stor flying upside down. He became an aerobatic champion in this plane in 1935-36 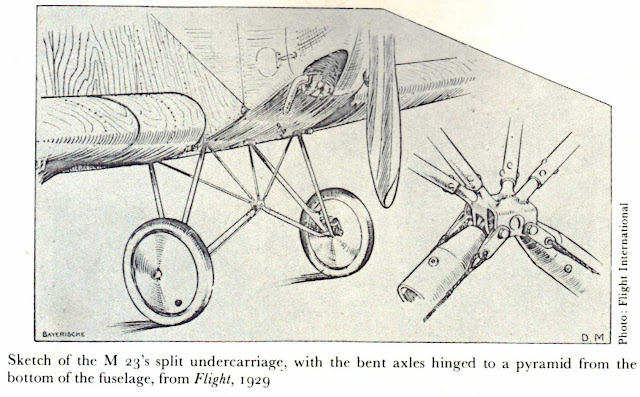 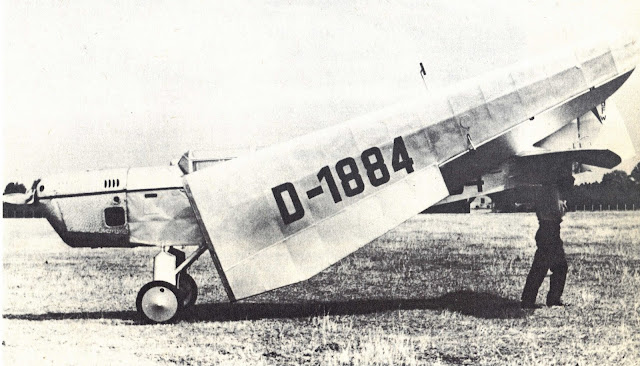