The Redrup 309 cc 3 cylinder radial was produced as a stationary engine to power pumps, generators etc. The cast iron T-head engine had all the cylinders in a single plane with the rods acting on a single-throw crankshaft. The exhaust valves are located on the fan side of the engine. Apparently about 150 engines were made.
Of course it didn't take long for someone to see the possibility of a motorcycle powered with this unique engine.
Thirty of these engines were used by the British Radial Co. who installed them in frames built by Chater-Lea. There can't be many left. 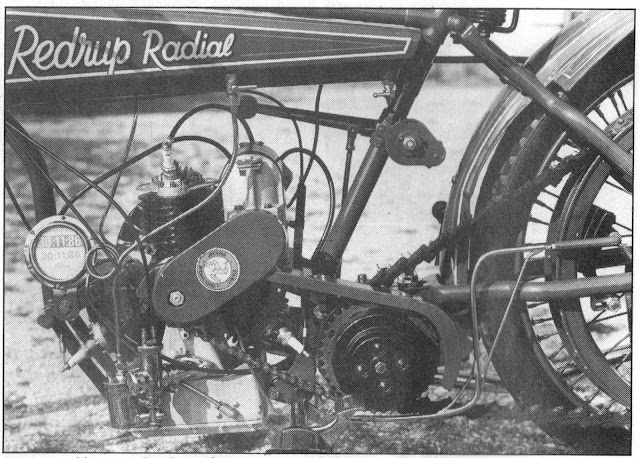 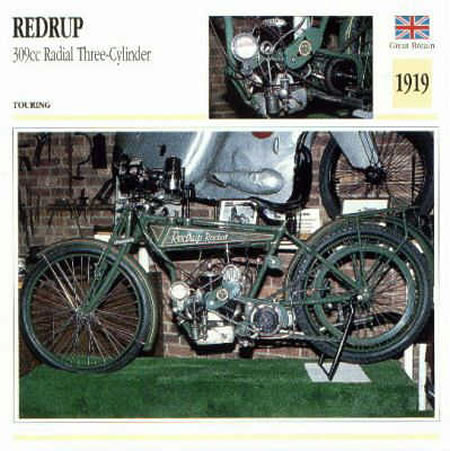