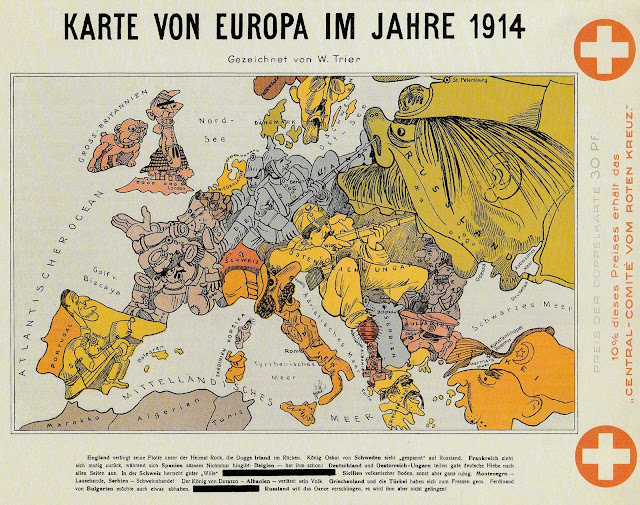 Painted in 1914 by German artist, Walter Trier. He was born in Prague in 1890, emigrated to Britain in 1936 and moved to Canada in 1947 where he died in 1951.
During WW2 he worked for the British Ministry of Information doing anti-Nazi leaflets and  propaganda. He was better known for illustration work for Emil and the Detectives and other children's books. He also illustrated the covers for the British Lilliput magazine.
Posted by Mister G at 11:49 PM