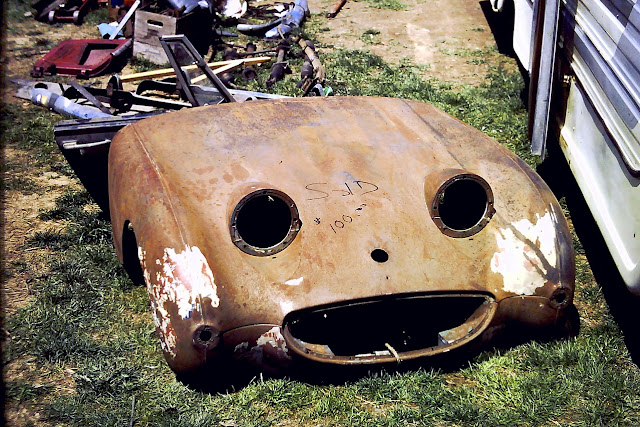 In 1970, I attempted to find one of these to fix my first car, an AH Sprite that had been wrecked in the front. I'm amazed that there was one 10 years later for just a 100 bucks. I ended up selling my 61 with a MG midget front end. Wish I had that car... and this bonnet.

About that time I contemplated a derelict Sprite sitting outside, rusted till it had broken in half when the doors were opened. The hood was still there and the guy wanted $150. Reluctantly I left it there, as it was beyond hope.