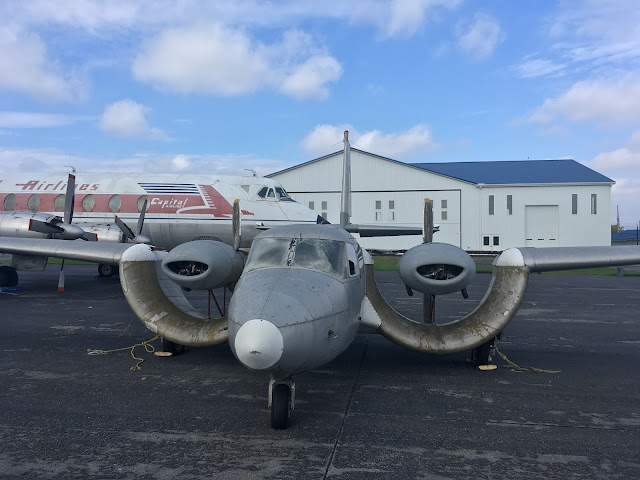 I just got back from a weekend ride to a flat track race at the Meadowlands facility in New Jersey with a side trip to the Mid Atlantic Air Museum to see how the P-61 Black Widow restoration was proceeding. More on that in a later post.
In the meantime, we got the tour of their collection which included this oddity, the Custer Channel Wing.
Willard Custer was a mechanic in West Virginia who stepped into a barn for shelter during a thunderstorm. The wind popped the roof off the building which then flew away a short distance.  This prompted him to ponder the concept of lift on an airplane wing. He ended up deciding that if the air was moved faster artificially over the top of a wing, it would be a much more efficient airfoil. Several prototypes were built that proved the concept, including this one that now rests on the tarmac at the Museum. The Channel Wing Corporation has been revived, full story here 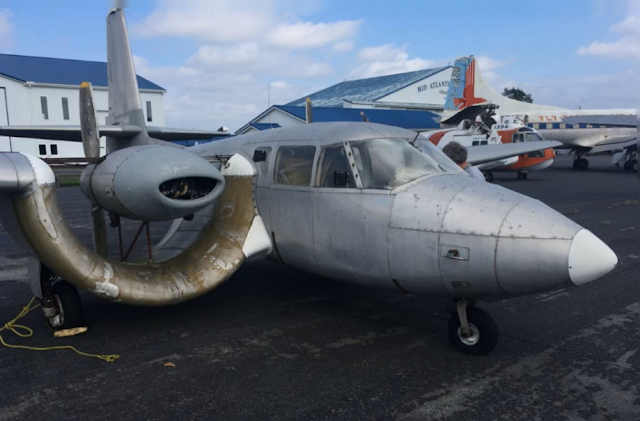 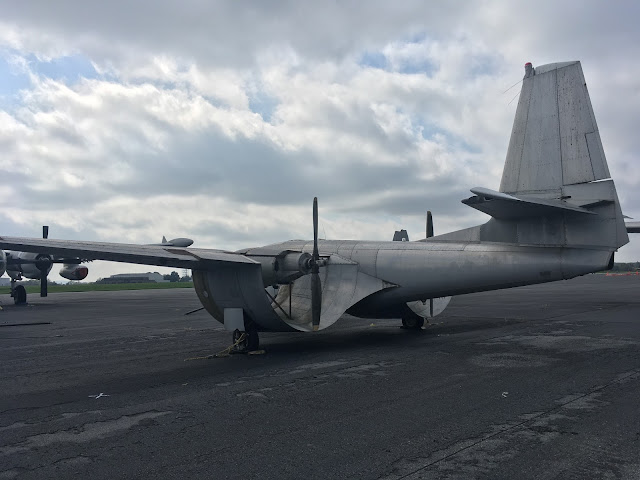 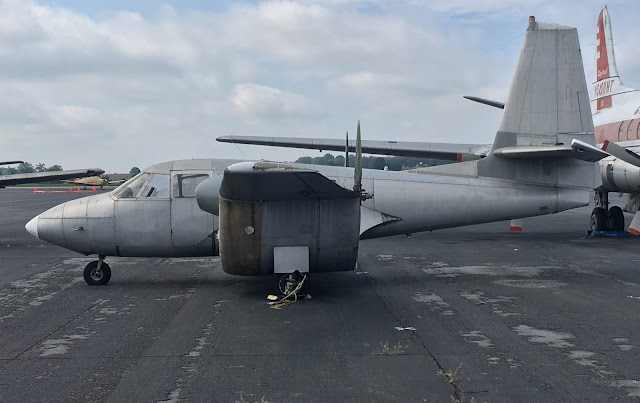