We used to make things in this country. #241: Hussman Refrigerator Company, Brantford, Ontario 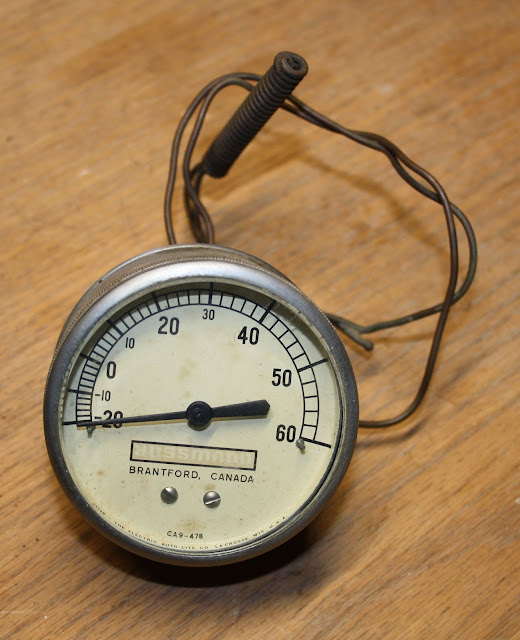 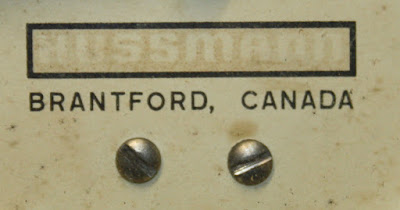 The Hussman firm was founded by Harry L. Hussman in 1906 as a butcher's supply company in St. Louis, Missouri.  His big break came in 1917, when he patented the first refrigerated meat display case. Made out of wood with a glass front, it was cooled using salt and ice and revolutionized the meat market, allowing customers to view the cuts before purchasing them.  In 1948, the company ventured into Canada.  In Brantford, Ontario, they bought the Ruddy-Freeborn company, established by some local businessmen to manufacture cabinets for refrigerators.  The Brantford factory had originally been established in 1892 as the Ham Brothers, making refrigerators alongside products like woven wire bed springs, screen doors, window screens, kitchen cabinets and beekeeper supplies. 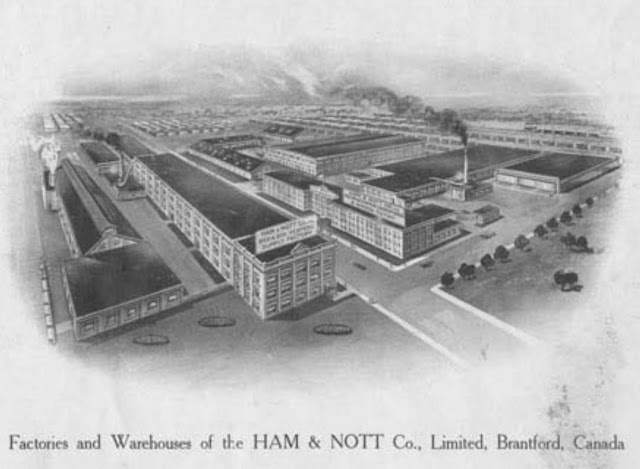 In 1925, it became the Ruddy Manufacturing Company and then, in 1936, Ruddy-Freeborn.  Under Hussman's control, the firm turned to producing the company's display cases.  In 1981, the parent Hussman Refrigerator Company became the Hussman Corporation.  In the late 1990's, the American Hussman company underwent restructuring, consolidating production from five locations down to two American ones in St. Louis and Bridgeton, Missouri.  All told, over $50 million was invested in the Missouri facility.  Brantford was to be downsized and slated to be closed in the first quarter of 1999 but was not shut down until 2002.  (The company's Atlantic Canada branch, which began as Palmer's Refridgeration before being acquired by Hussman in 1981, was unaffected although no manufacturing was carried out there.)

The Hussman closure follows on the heels of many other firms that have pulled out of the Brantford area: Harding Carpets, Trailmobile, Koehring, Ladish, Chicago Rawhide, Gates, Genfast, Raymond, Hussmann, Sternson and many others.  It all seems to have begun with the failure of the Massey Combines Corporation in 1988 which put 2500 people out of work.  (For pics of the abandoned factory today, visit Abandonned UE.)

In April of 2016, Hussman was bought by Panasonic for $1.5 billion.  It remains to be seen if the new Japanese owners will treat the American company in the same way that the former American owners treated their Canadian subsidiary.  Hey--it's not personal, it's business.