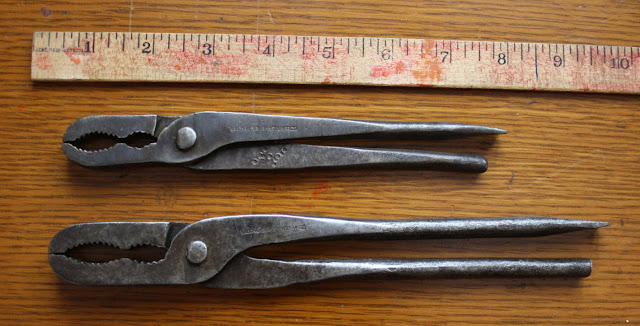 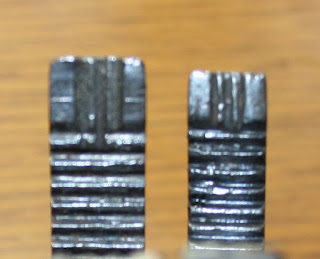 Above, 2 pairs of gas pliers, designed for working on gas lines. They're very useful in the shop for gripping round stock, or removing stuck screw-on lids from bottles of glue.  Plus, because they have slots for holding round items straight out in front of the jaws, they're handy for grinding the ends of round stock.

Alexander Vaughan founded a plumbing business in Peoria, Illinois. In 1869 Vaughan opened a blacksmith forge behind a hardware store in Chicago owned by Sidney Bushnell.  The same year he patented a post auger, and sales of this item lead to requests for other tools.  Things were going well until the 1871 Great Fire of Chicago destroyed the factory.  Sidney Bushnell fronted the necessary capital to rebuild, and got his name added to the masthead. 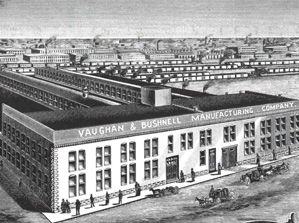 Eventually, hammers and striking tools dominated the company's catalogue. In 1940, the company moved to larger premises in Bushnell, Illinois (no connection to the Bushnell family, which had sold it shares to the Vaughan family in 1922).  In 1966, V&B Mfg. Co was formed to make hickory handles in Walnut Ridge, Arkansas. 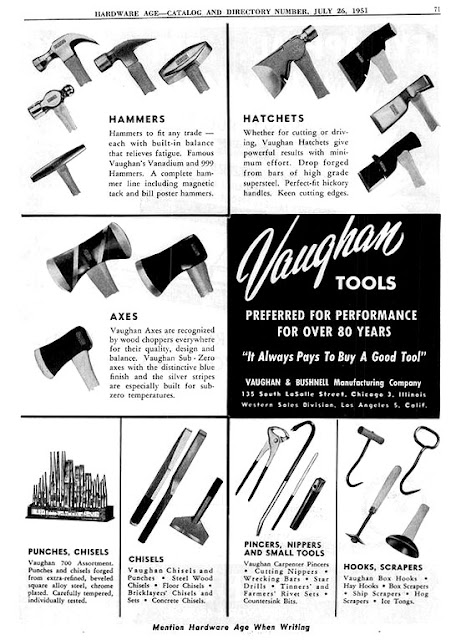