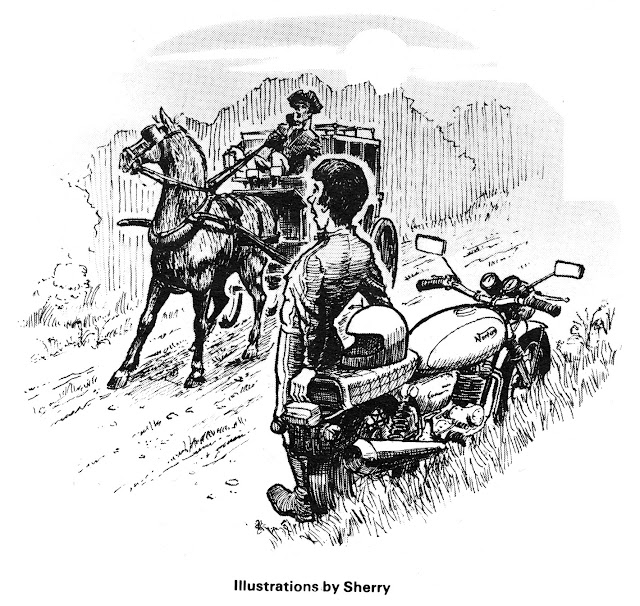 "Ride Back to Now" was written by Clive Stokes and appeared in the January 1979 issue of Motorcyclist Illustrated.  It's about a Commando owner who accidentally travels back in time and meets Richard Trevithick, the British engineer who invented the first high-pressure steam engine and built the first full-scale working railway steam locomotive.

Kickstart (William Collins & Co., The Crime Club, 1973) is one of many of British crime and fast car writer Douglas Rutherford's (1915-1988) novels.  It features, off all things, a Norton Interpol! 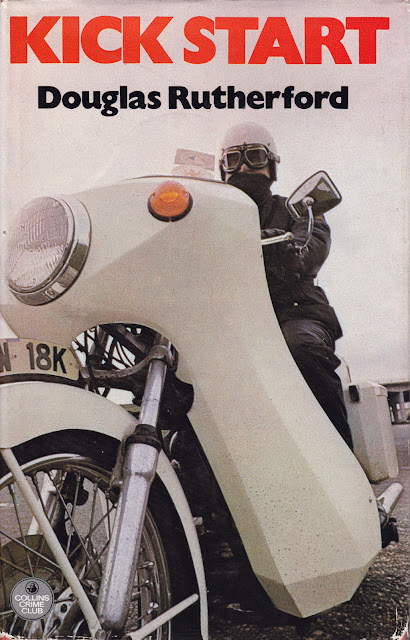 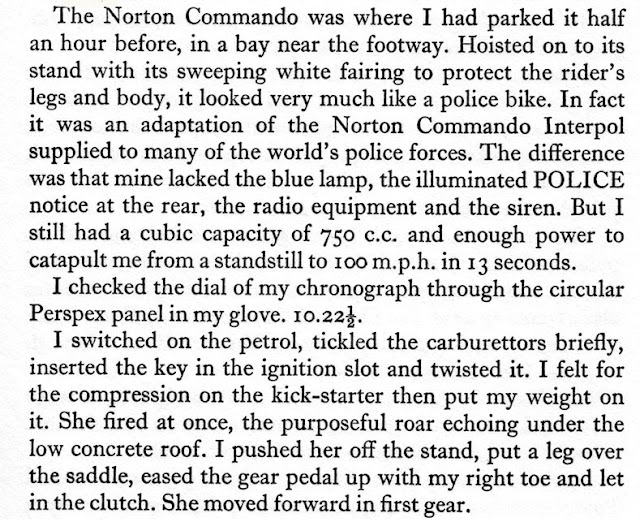 Going back earlier in time, I happened to stumble across a short story by the renowned British crime-writer Dorothy L. Sayers, published in 1928.  It recounts the adventures of a "Norton man" riding his OHV Norton racing against a Scott Flying-Squirrel. 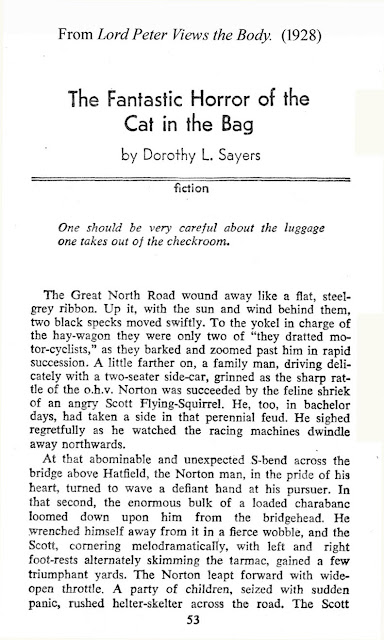 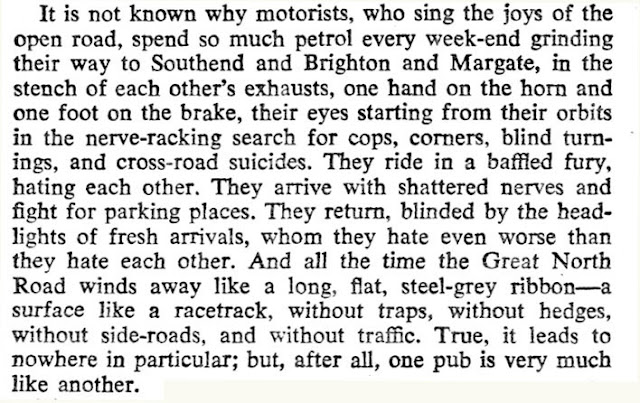 To read it, I've uploaded it here:  The Fantastic Horror of the Cat in the Bag.

The Collective Unconscience of Odds Bodkins was published in 1973 as a compilation of a 1960's comic strip written by American underground cartoonist Dan O'Neill.  One of the main characters, Hugh, rides an intelligent Norton motorcycle.  (Disney sued O'Neill at one point--what else is new?)  You can still find the second-hand copies of the book for sale on Amazon, albeit for silly prices. 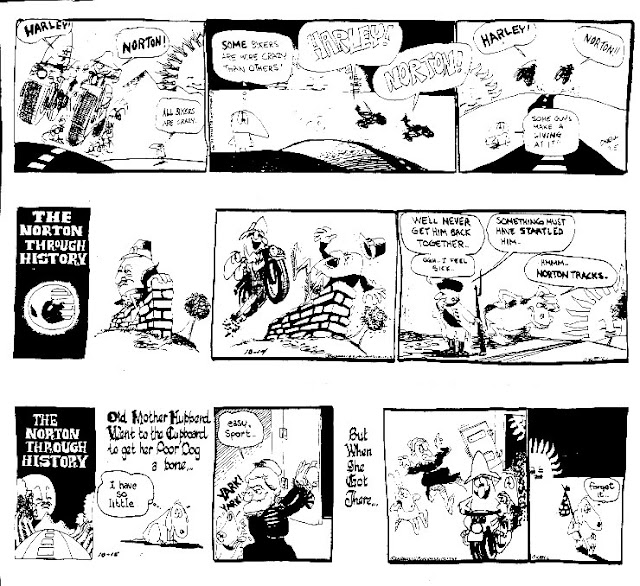 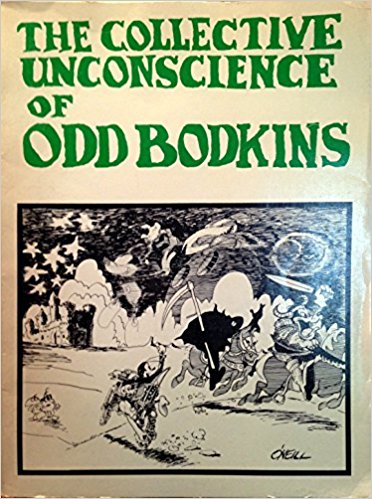 Still got my cope from back in the day....