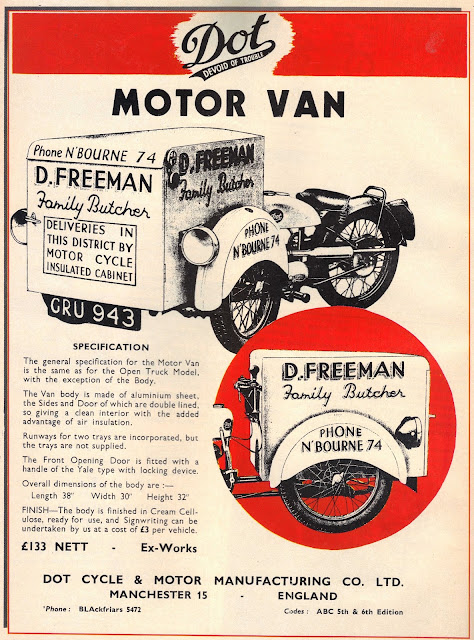 During the thirties, Dot manufactured 3 wheel pedal trucks, basically a box on two wheels coupled to half a bicycle on the back. The company had received a boost when an Italian ice cream vendor drew up the fancier vehicle below. 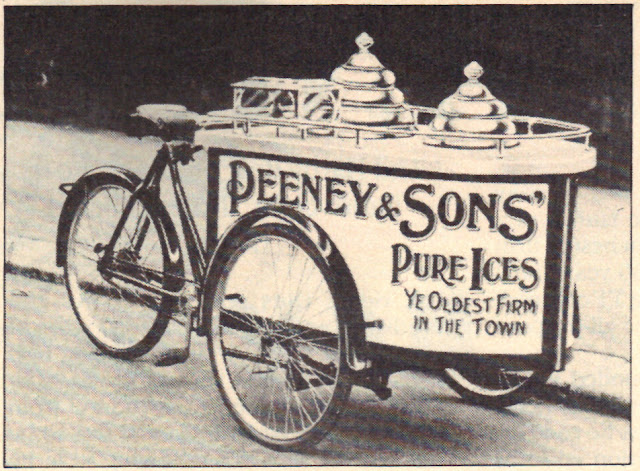 During WW2, DOT came up with a motorized version, powered by a 122 cc Villiers engine. It began production during the war and continued till the late fifties. 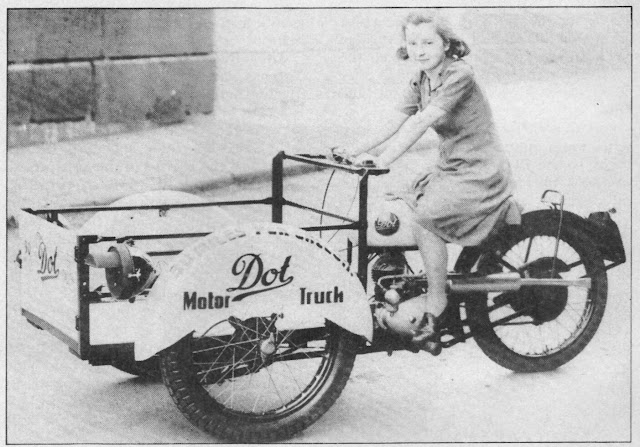