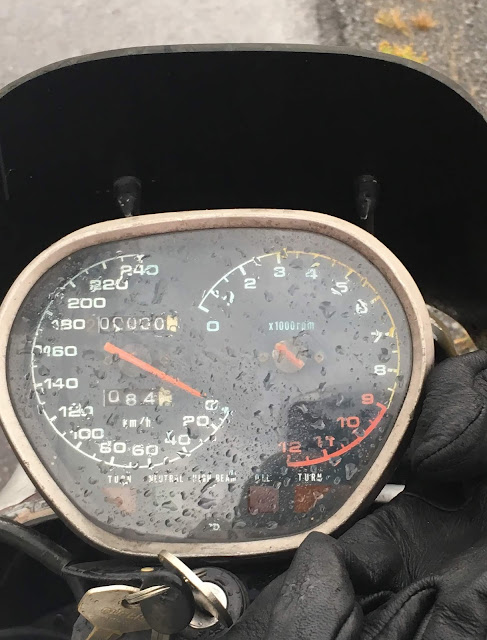 Here's a little personal milestone, the speedo on my 1982 Katana rolled over again, this time to 300,000 km. We had a little roadside celebration... 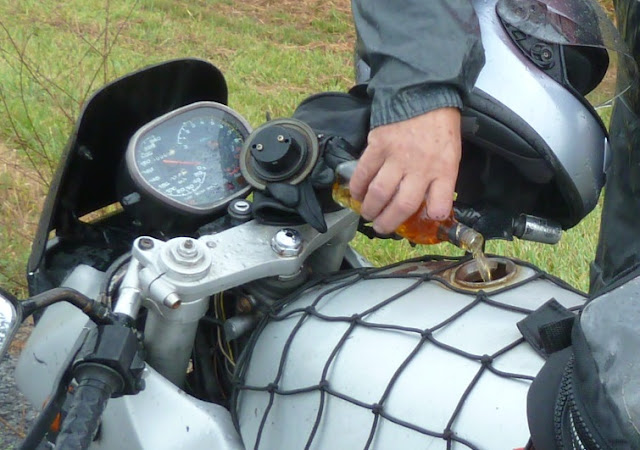 I bought this bike in 1986 shortly after selling my 100,000 km 750 Katana I had bought new in '82.
I needed another bike, I had grown used to the ergonomics by then ("you can't tour on that bike" said a guy to me when I was a couple of thousand miles from home), and felt I could use a bit more power. This 1100 suited me just fine. It remained mostly stock till it reached 160,000 km in the early 90s.
At that point I felt it deserved a rebuild and restoration. But partway through the process, my focus changed- the last thing I needed was a brand new 1982 motorcycle. I wanted modern brakes and tires. Suzuki parts from other bikes mostly just bolted on.
When a small end bearing went bad in the motor in 1997, I found a GS1150 engine to replace it and soon a Wiseco 1229 kit was added. That's more like it! I rode it in all the Blackfly 1600 rallies, finishing as high as 4th.
At this point the bike really is like the woodsmans axe, the handle has been replaced five times, the head twice... 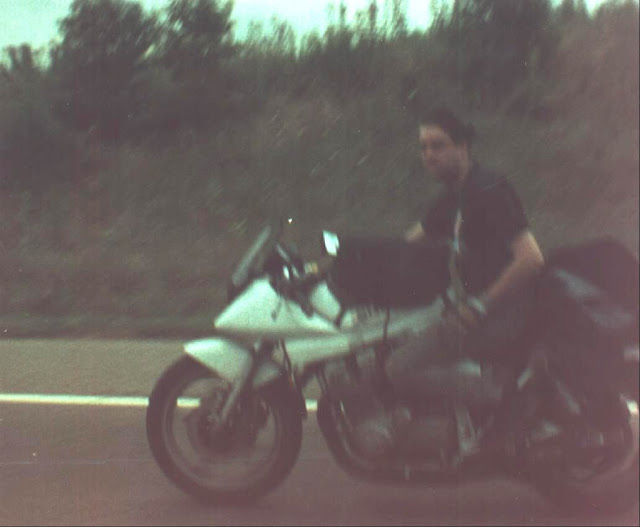 Somewhere in Ohio, 1989, in its white paint phase. 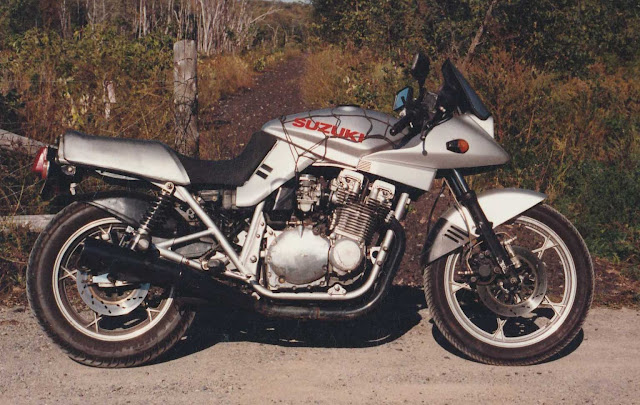 back to silver and experimenting with trim... 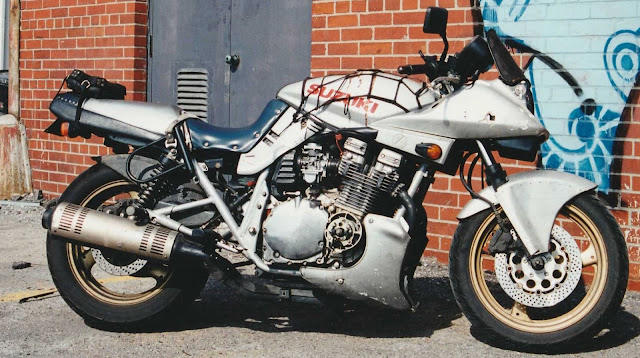 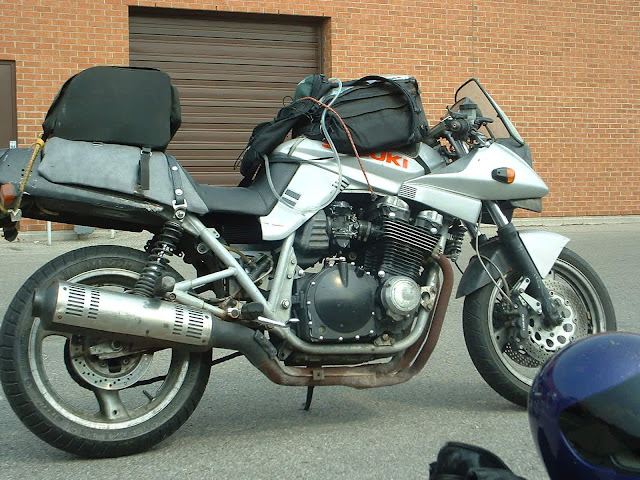 Outfitted for the Blackfly 1600, More or less to its current configuration by the late nineties 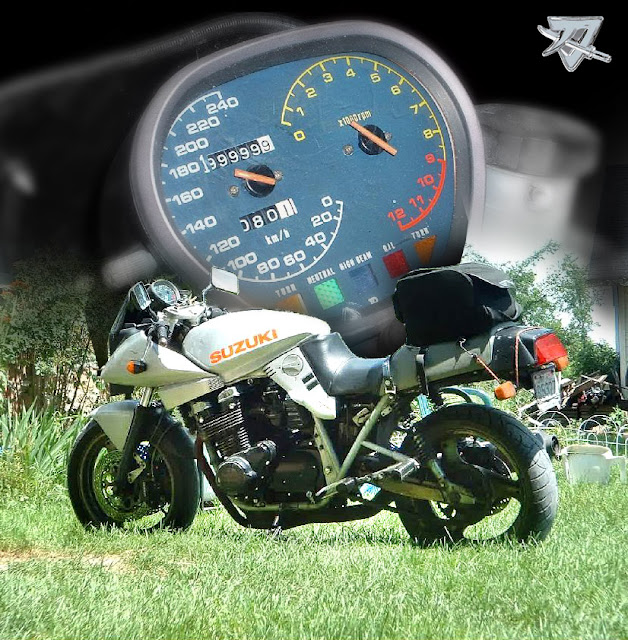 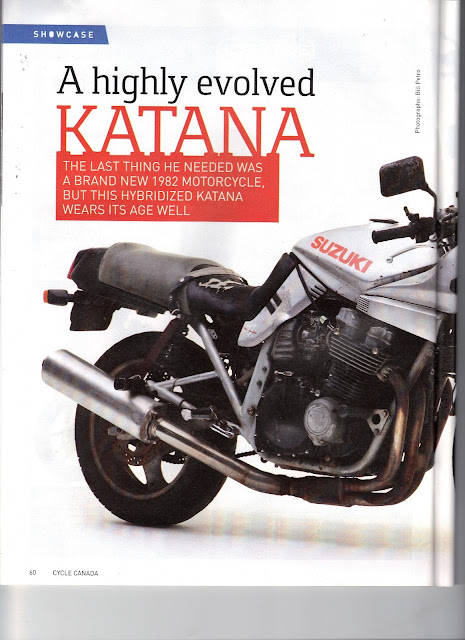 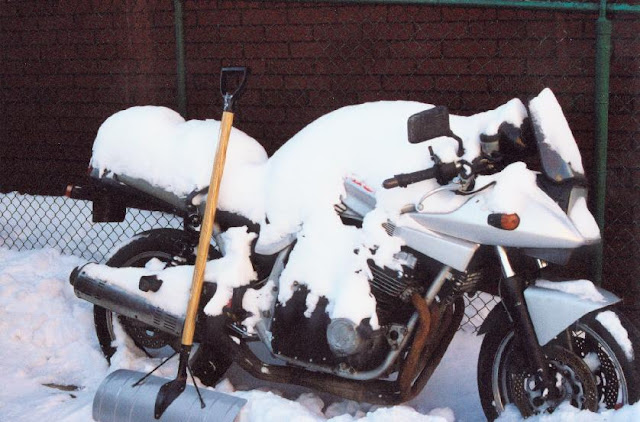 the bike has always lived outside and is routinely ridden in the winter months. 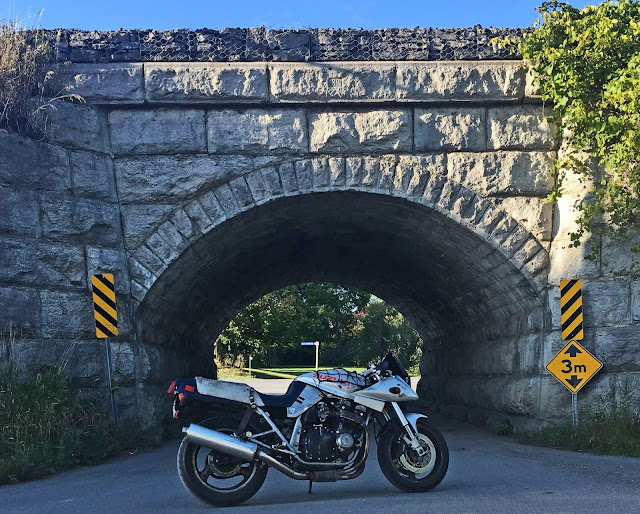 Looking forward to a lot more riding!
Posted by Mister G at 9:23 PM

Personally I think it should read "300,000km by Mr. G" Congrats for keeping the Katana going and yourself:)