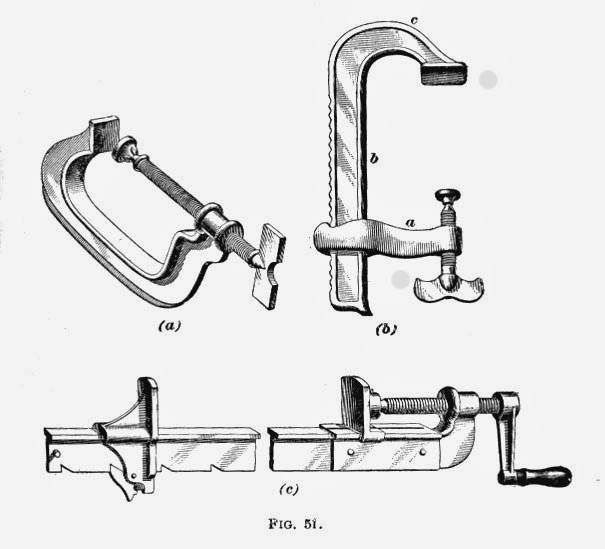 I love finding and restoring old clamps and putting them back to work.  They seldom disappoint due to their general ruggedness of construction, use of quality steel or cast iron, and ingenuity of mechanisms.  Below, a sample of various vintage bar clamps that still see regular use in my shop. 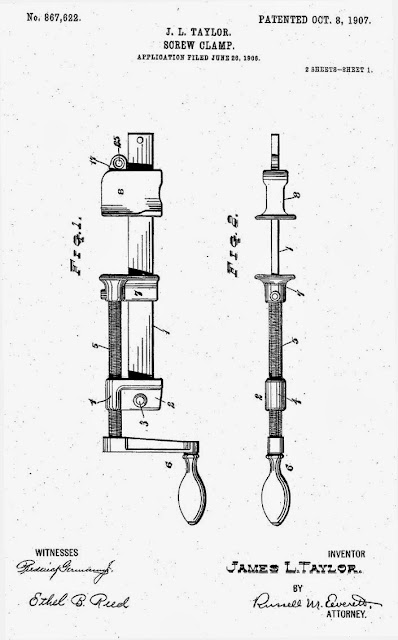 Below, by an unknown maker:

Below, another unknown maker.  It has a moveable jaw that can be locked into different positions with a pin, and a base that can be screwed to a bench.  It's T-section bar locates the jaws very positively.  The only maker's identification is part of an old decal that appears to show a lion as part of the brand. 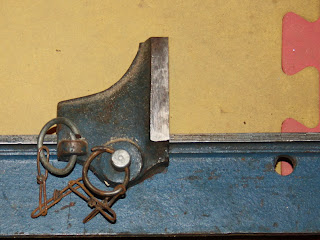 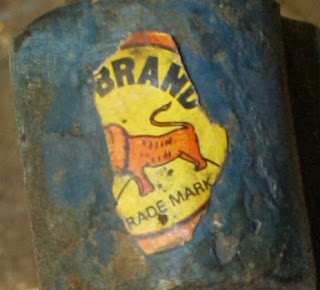 Below, a bar clamp made by the Cincinatti Tool Company: 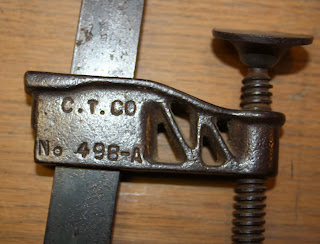 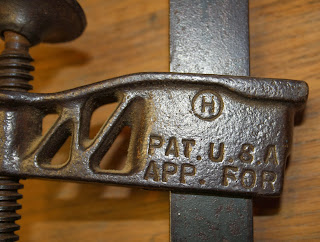 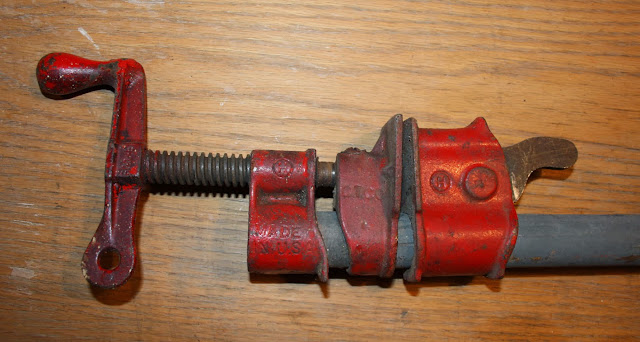 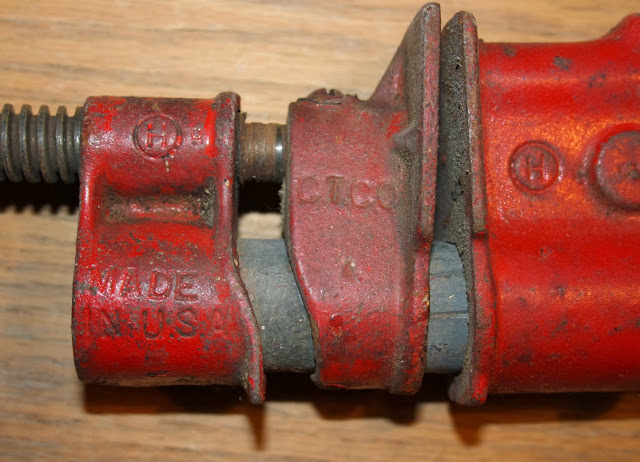 Below, an unusual Pony pipe clamp employing two pipes.  Pony was a brand of the Adjustable Clamp Company, founded in 1903 by Adele Holman.  Surprisingly for an American tool company, the firm remains in the hands of the founding family.  In August 2013, Mr. Holman's great-grandson changed the name to Pony Tools Incorporated.

Below, an Elzett bar clamp.  It's metric dimensions clearly indicate European manufacture, but other than that I can find no information on the company that made it. 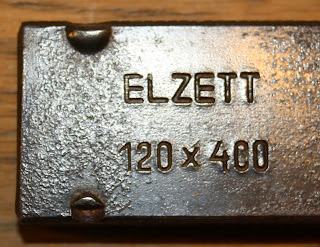 Below, a six-inch Diepaca bar clamp.  It's DIN designation indicates German manufacture, but otherwise I can find no information on this clamp maker. 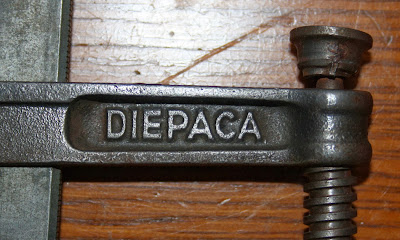 Below, a Carver clamp.  These were made by Carver & Co. (Engineers) Ltd. of Worcestershire, England.  Other than the fact that the clamps were initially designed 50 years ago, I can't find any other information on the company, since none of the history links on their website work.  Sadly reminiscent of British cars and motorcycles. 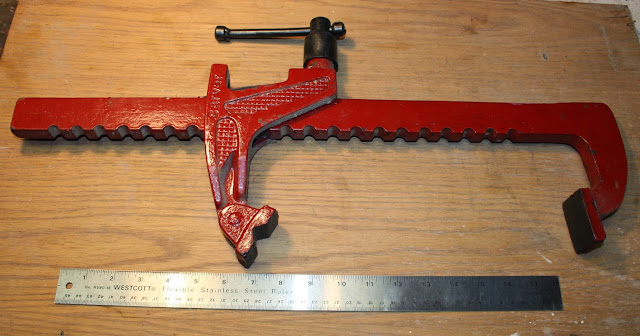 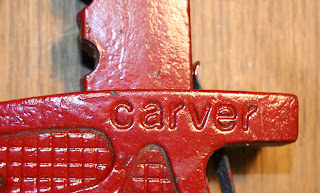 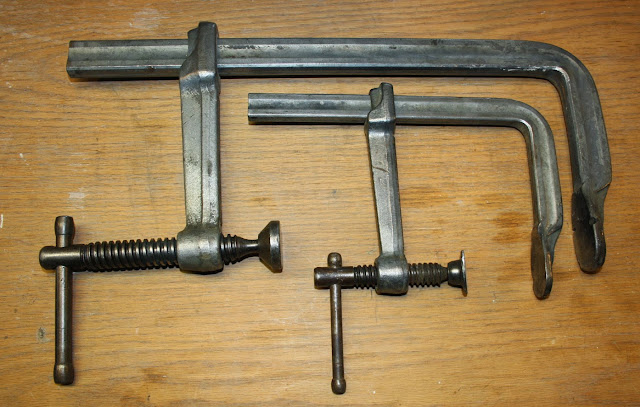 BESSEY Tool GmbH & Co. KG, with its headquarters in Bietigheim-Bissingen, Germany, was founded in 1889 as a bright-drawn steel mill.  In 1936, they patented a malleable cast-iron deep throat clamp and began to manufacture it.  Beginning in 1952, all steel clamps were heat-treated.  In 2004, they acquired the Gross Stabil clamping tool brand.  Bessey manufactures and processes steel in its own mills, and today is one of the largest clamp manufacturers in the world, offering more than 1300 different clamps in more than 100 countries.  Their North American branch is based in Cambridge, Ontario, and the company remains family-owned.

The fact that so many old, family-owned tool firms continue to exist and prosper in Germany is very interesting.  The Germans call this phenomenon "Mittelstand" and it clearly something that was lost in the English-speaking developed countries where most of their small tool firms have disappeared or been swallowed up by conglomerates.

While looking up information for a blog post of my own, I stumbled across your site. You have written a very cool page discussing these clamps. Rather than c+p from what you've written I decided to link to it instead. Well done!
http://wiggersfurniture.wordpress.com/2014/02/10/our-brief-history-of-woodworking-clamps/

Thanks! Beautiful shop, by the way...