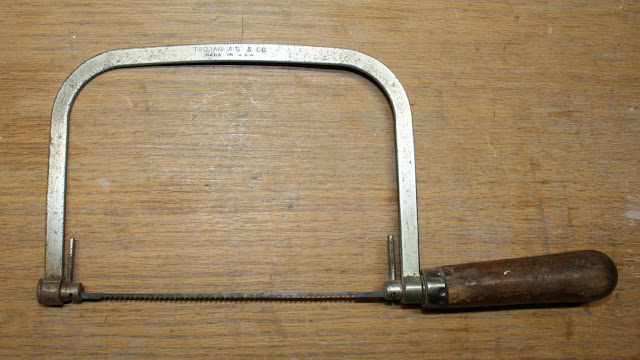 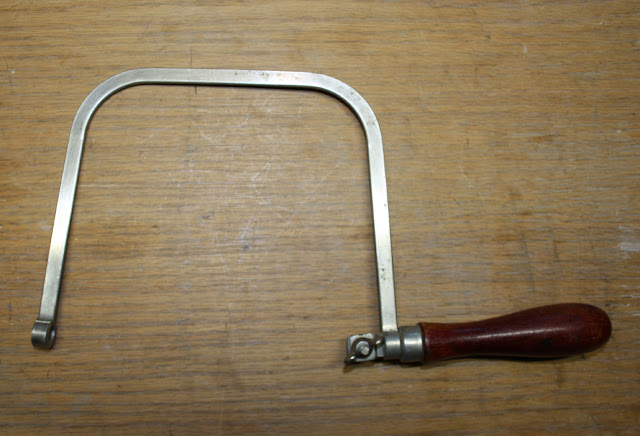 "Trojan" was originally the major brand of Ackermann, Steffan & Company of Chicago, Illinois. (Curiously, note how Steffan is spelled with an "a" on the package above, yet with a final "e" on their ad below.  Apparently, the spelling of surnames was somewhat more fluid back in those days.)

After World War II, the company was acquired by the Parker Manufacturing Company of Chicago, Illinois which moved production to Worcester, Massachusetts.

The new parent company had been founded in 1901 by Arthur H. Parker and Edward D. Priest as the Parker Wire Goods Company.  Initially, they made bright hardware wire goods, but in the 1930's they expanded into the small hand tool market.  The company took its final name around 1943.  In 1952 they acquired the Snell Manufacturing Company of Fiskdale, Massassachusetts, the oldest auger bit manufacturer in the U.S. and whose products had been used in the building of the U.S.S. Constitution.  In 1966, they ceased marketing small tools under the Parker name, but continued to use the Trojan brand for their saw blades. 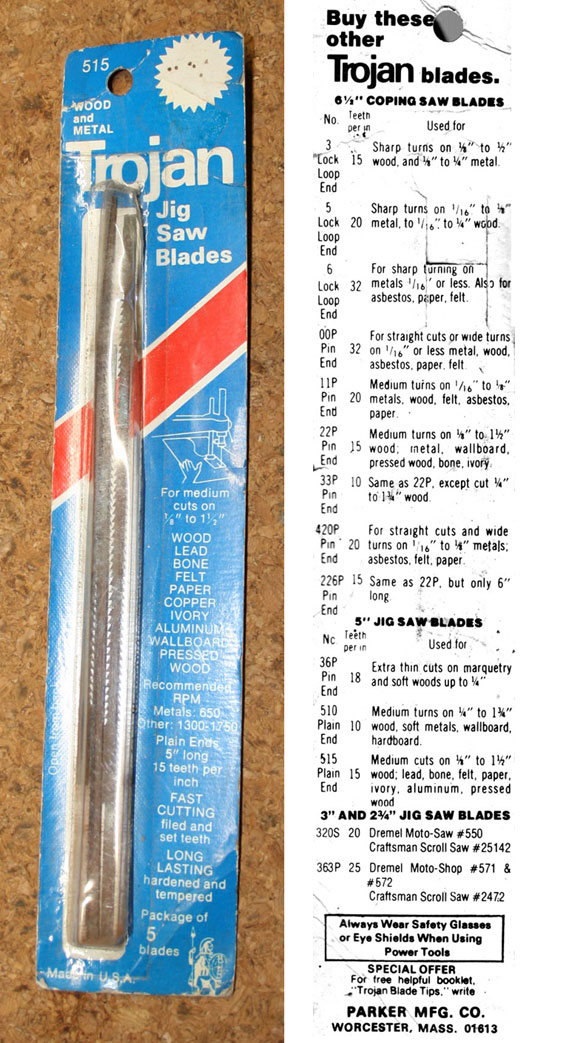 In 1967, they were awarded a very large contract from Sears, Roebuck and Company which saw virtually half of their production going to this large retailer.  In the late 1980's, both the Stanley Works of New Britain, Connecticut and Vermont American of Louisville, Kentucky vied for Parker's power tool accessory line.  In 1989, the company was finally acquired by Stanley, which promised that their facilities would continue to remain open and that their 425 employees' jobs would be safe.  This promise was apparently more honoured in the breach than in the observance.  Today, Stanley continues to use the Trojan brand name on its saw blades, wherever they are made these days.
Posted by The Duke at 9:31 AM

By 1980 the house brand Trojan name had been retired & replaced by the Parker brand on all of the hand tools. Owing to the cancellation of a huge Sears Father's Day order most of which had already been produced, a decision was made to source KMart as a new customer. A consumer survey had shown that female shoppers had an aversion to purchasing Trojan hand tools for males in their lives, hence the brand name change.

Thanks, once again. This is the kind of info that doesn't appear in the little bits of company history I usually find.

Let me know if you'd care to have a couple of "Like new" Trojan blister packs of Jig saw, Coping saw & Reciprocating blades from the late 70's. Back then as purchasing manager I'd receive samples from prospective new vendors looking for business.