The Stanley Brothers with the first Steamer 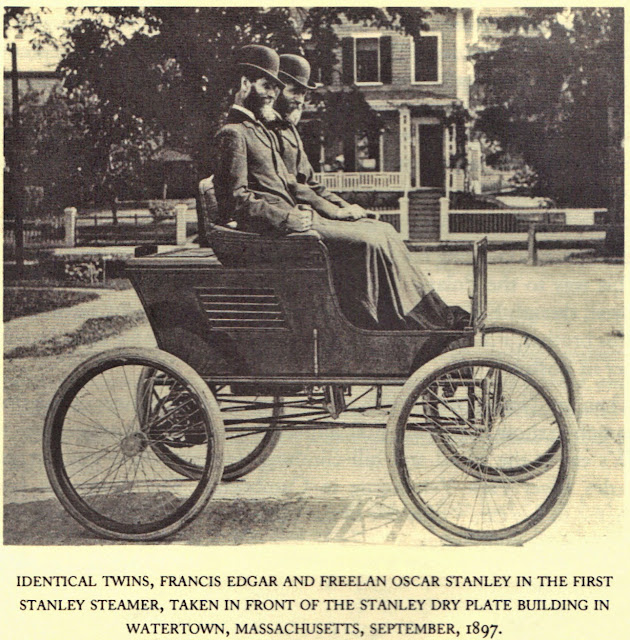 Before the development of the Steam car, the Stanleys had already enjoyed multiple careers.
Born June 1st 1849 and raised in Kingsfield, Maine, they had both started their careers as teachers, but F.O. seeing there was a need for drawing tools due to the rise of machinery and manufacturing, designed a compass, ruler, triangle and protractor set that would sell for a dollar and opened a factory to produce this set.
F.E. found his artistic ability was better used for painting portraits and soon opened a studio in Boston. During that period he experimented with an atomizer as a way of applying paint and  acquired a patent (#182,389) for "improvements on an atomizer".      The new technology of photography dovetailed nicely for his portrait business and that led him to develop a successful photographic dry plate company.
F.O., whose factory had burned down in 1882 joined him in that venture, bringing his manufacturing experience to the design and manufacture of a dry plate coating machine resulting in a prosperous business which was bought by the Eastman Kodak company in 1903, leaving the twins to continue with the venture they are best known for, the Stanley Motor Carriage Company.

Much of this information came from the Stanley Museum, located in Kingsfield, Maine. A bit off the beaten path but worth a stop if you're in the neighbourhood. 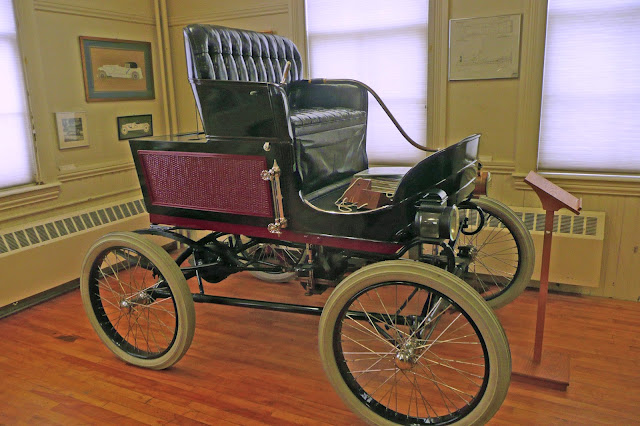 A little fancier than the 1897 prototype, this 1905 model also shows improvements to suspension, steering and chassis. 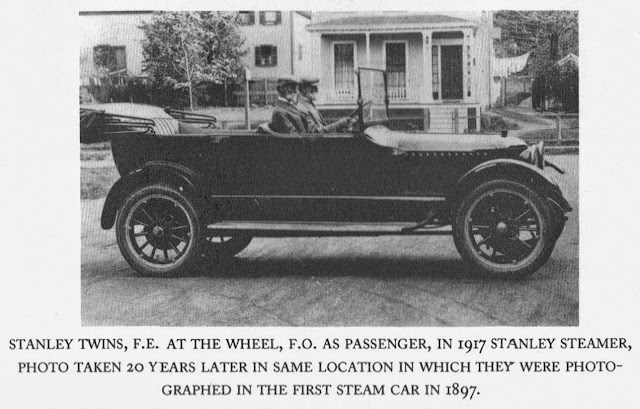