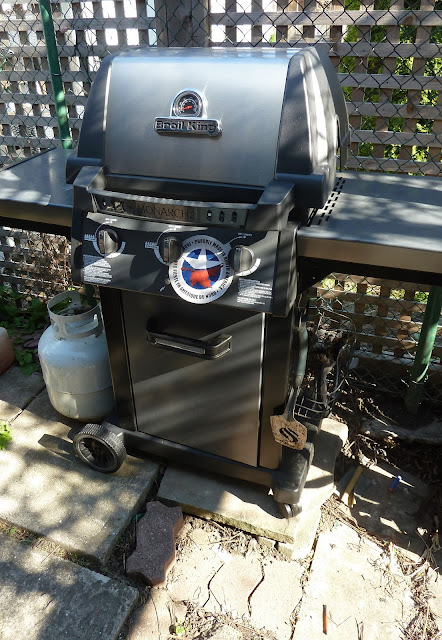 A few weeks ago we went shopping for a new gas BBQ and ended up buying the very nice Broil King shown above. To my surprise and pleasure, after I got it home I discovered that it had been made just down the road in Kitchener, Ontario. The large round doubled-sided tag proudly proclaimed "Made in North America" in three languages, in an effort to gain points south of the border. 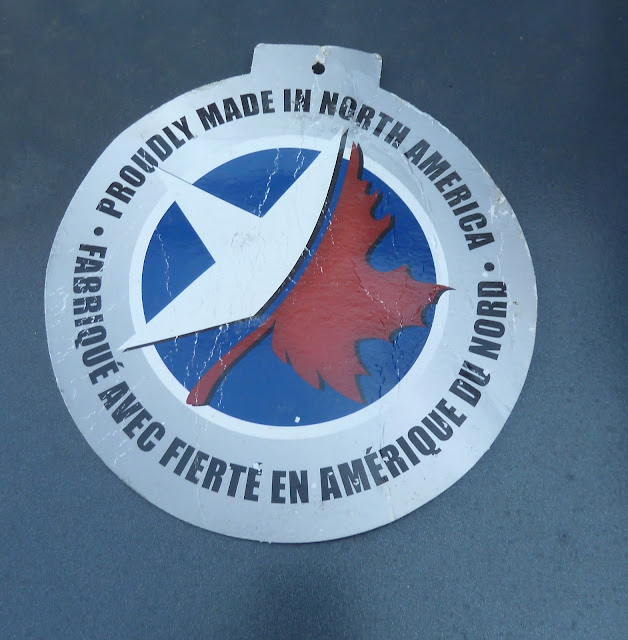 According to Broil King's website, their grills are "74.6% Total North American Content", which I guess isn't bad compared to so many other grills that are 100% Asian made.
Napoleon is another grill manufacturer, based out of Barrie Ontario, that sells Canadian made grills through specialized BBQ outlets. However, they also sell a line of lower priced and lower quality Chinese made grills bearing the same Napoleon brand name through many of the big box stores. Buyers beware, you get what you pay for.
Crown Verity is another Canadian company, selling mostly commercial grade grills. In 1892 they started out as Verity Plow Co. in Brantford Ont. Fast forward a century, (and still in Brantford), they are now in the commercial grills and kitchens business.