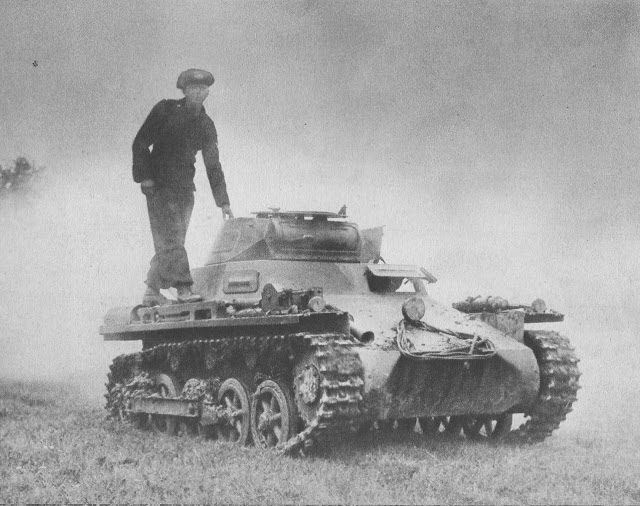 This was Germany's first mass produced tank. It is really as small as it looks; about 12 feet long, with a two man crew and armed with two machine guns. It was shown often in military parades in Germany before the WW2 but was mostly used for training.
It did see action but was obsolete by the beginning of the war.
Posted by Mister G at 12:29 AM