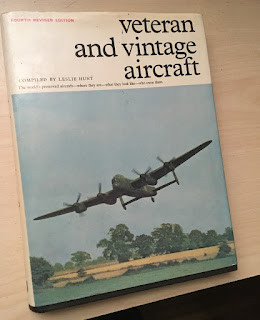 I recently picked up this 1974 book, a compendium of surviving aircraft, their location and status.  I was interested mostly in the Canadian chapter, there were lots of vintage aircraft around 44 years ago that I wonder what happened to.

A few examples;
A Thruxton Jackeroo was located in Mississauga, CF-QOT- it seems to have disappeared. The Canadian civil register doesn't seem to be available any more! 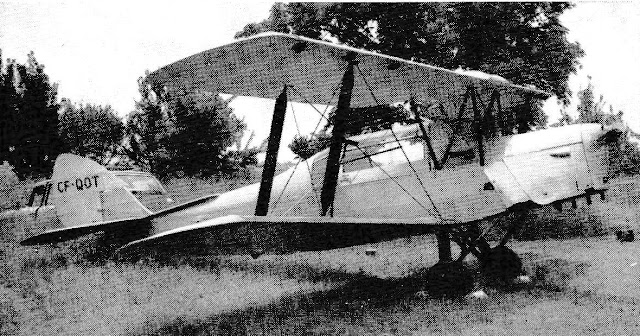 The DC3 below is described as;
CF-JRY c/n 4585 "Arctic 7" in this Pop Group's psychedelic colours of cream, brown and green; DG Harris Productions.
All gibberish to me..

Bob Diermert is mentioned, who had an incredible collection, see this link...

The author Leslie Hunt lists a total of 9,080 historical aircraft in the book. As far as I can learn, this was the final edition of the book.
Posted by Mister G at 11:23 PM